As lockdown orders over the coronavirus pandemic continue to put more Americans out of work and increasingly shift an idle population online, there have been reported increases in anti-Semitic activity and extremism.

At the beginning of the year, Jewish security insiders feared that a worldwide pandemic would not only bring mass death, but also a wave of increased racism and anti-Semitism. As millions are forced to stay home under quarantine, resulting in increased online activity, experts predicted that advocates for extremism and violence would be given a larger platform.

“[A] more captive audience, more people spending time online, the ability for these messages to resonate with certain people” could result from mass quarantine, stated Oren Segal, the vice president of the Anti-Defamation League’s Center on Extremism, according to the Jewish Telegraph Agency.

“All of these people are staying at home online and have all the time in the world to take part in these attacks and spread their hate and plan,” Amy Spitalnick, who leads Integrity First for America, also said of the situation. 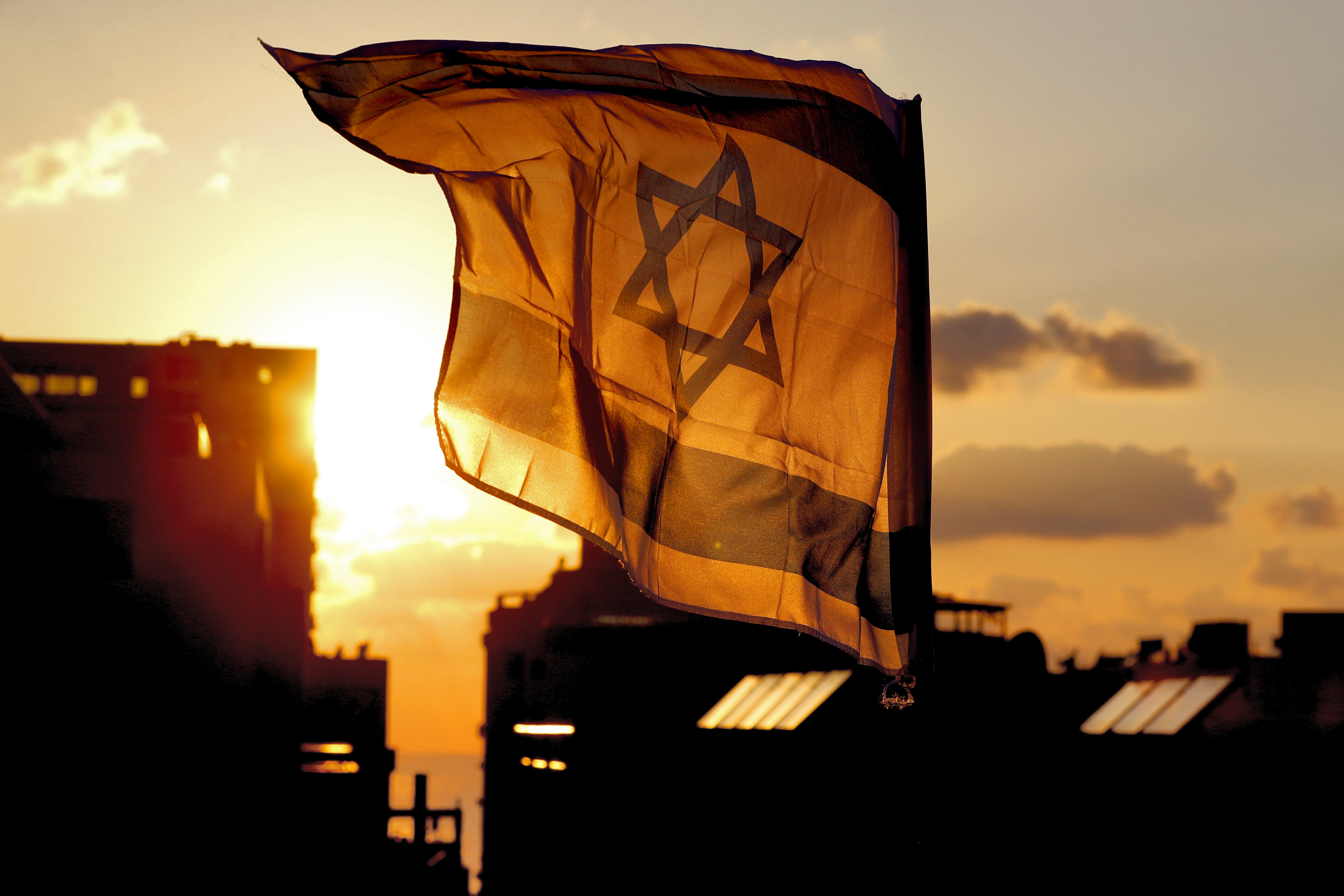 An Israeli flag is seen flying at sunset in the Israeli coastal city of Netanya. (JACK GUEZ / AFP via Getty Images)

These concerns appear to have been proven accurate.

The COVID-19 outbreak has spawned an increase in anti-Semitic expression that casts blame on Jews for spreading the virus and the economic downturn caused by it, Israeli researchers reported in April. An annual anti-Semitism report by Tel Aviv University researchers that found an 18% increase in attacks against Jews last year also warned that the global outbreak has threatened to further incite attacks. (RELATED: Here’s What Extremist Groups Are Up To During The Coronavirus Pandemic)

“Since the beginning of the COVID-19 pandemic, there has been a significant rise in accusations that Jews, as individuals and as a collective, are behind the spread of the virus or are directly profiting from it,”said Moshe Kantor, the president of the European Jewish Congress, an organization that represents Jewish communities across Europe.

“The language and imagery used clearly identifies a revival of the medieval ‘blood libels’ when Jews were accused of spreading disease, poisoning wells or controlling economies,” Kantor added, The New York Times reported.

The hateful reactions to the coronavirus pandemic, and the subsequent economic downturn it has caused, is simply a perpetuation of an archaic form of anti-Semitism where Jews are blamed when “things go wrong,” the extremism researchers in Tel Aviv noted.

Examples of overt anti-Semitism in reaction to the coronavirus exist within the United States.

The FBI’s New York field office was alerted after reported far-right extremists encouraged those infected with COVID-19 to spread the disease to law enforcement officers and Jews.

Burt Colucci, the leader of the Nationalist Socialist Movement, a neo-Nazi group, claimed he is easily able to build a following on his podcast, bringing in listeners who are convinced that Jews are responsible for the viral outbreak.

“These incidents indicate that COVID-19 is serving as the impetus for some domestic terrorist plots,” the memo continues.

Intelligence officials, according to the note, believe the threat of domestic terrorists and violent extremists could escalate further “until the virus is contained the normal routine of U.S. societal life resumes.”

A recent survey indicates that Jews in the U.S. feel less safe than they have in years, and experts say the coronavirus has only exasperated such sentiments.

Nearly two-thirds of American Jews said they feel less safe than they did in the last decade, according to a recent survey conducted by the Anti-Defamation League. The poll was published on Holocaust Remembrance Day — shortly before the pandemic spread throughout the country.

More than half of the respondents said they were witness to an incident instigated by anti-Semitism.

“Our tracking has shown that lethal and nonlethal anti-Semitic attacks have been on the rise in recent years, and now we’ve also found that American Jews are deeply concerned for their personal safety and their families’ and communities’ security in a way that they haven’t been in more than a decade,” said Jonathan Greenblatt, head of the Anti-Defamation League. (RELATED: Extremists Aren’t Taking Time Off During The Coronavirus Pandemic)

Greenblatt said the pandemic has only increased anti-Jewish activity.

“We recognize the reality on the ground has changed dramatically for Jewish communities, as it has for all communities, in recent months,” he said.