While unsuspecting iPhone users read their daily dose of mainstream media news, the Facebook app is secretly accessing the camera on their smartphones. But Facebook says not to worry: it’s only a bug…

Users, however, are rightly concerned that Facebook is recording them as they use the app. Unlike on Apple’s computers, there is no indicator when an app is accessing the camera, so it is possible for an app to do so in secret, as reported by The Independent.

Facebook says the strange behavior is caused by a bug that was added to the code by accident and that there is no indication that photos or videos are being sent to its servers. The company claims an update has already been submitted to Apple that should remove it. In the meantime, the potential security flaw can be avoided by a simple fix in the iPhone settings that keeps Facebook from seeing the camera at all.

The bug first came to light after users noted that the app would occasionally shift the entire feed over to the right, as part of what appeared to be a bug. Underneath that main app a different screen could be seen – which showed video from the phone’s built-in camera. –The Independent

“We recently discovered that version 244 of the Facebook iOS app would incorrectly launch in landscape mode,” a Facebook spokesperson said. “In fixing that issue last week in v246 (launched on 8 November) we inadvertently introduced a bug that caused the app to partially navigate to the camera screen adjacent to News Feed when users tapped on photos. “We have seen no evidence of photos or videos being uploaded due to this bug. We’re submitting the fix for this to Apple today.”

“We’ve confirmed that we didn’t upload anything to FB due to this bug and that the camera didn’t capture anything since it was in preview mode. We’ve submitted a fixed version to the App Store which is already rolling out,” wrote Facebook’s vice president of integrity Guy Rosen in a series of Tweets.

The problem can be fixed by revoking Facebook’s access to the camera. That is done by heading into the Settings app and navigating to the Facebook option – clicking that should bring up a number of permissions that have been granted to the app, including the ability to access the camera, which can be turned off by changing the toggle.

Members from Latinos for Trump have been banned from Facebook and removed from Twitter. As minority support grows for President Trump, and we get closer to the 2020 election we can look forward to more of this. This should be considered terrorism and trying to influence the election. How would the Left respond if this was happening to their supporters. 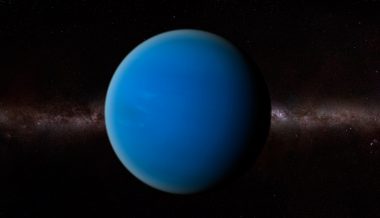