What is an extremist? These days, this term is becoming rather subjective. For the Democrat in 2021, extremists include:

For the Conservative / Republican in the same period, some of us might consider these people and groups extremists:

Some really strange classifications, sadly, seem common to both sides:

For the critical thinker, this points to something that is quite clear (but is now arbitrarily considered extreme thinking): the fact that our success as a nation stemmed from our reliance on Christian principles as the “master guide” to living. This idea has been relegated to “extremism” more and more lately, with Big Tech platforms like Facebook and Twitter becoming sewers, and using their platforms to skewer Christian groups even from within the Christian groups. When I, as an Orthodox Christian, go to Orthodox groups on Facebook, for example, most of what is posted there is so vile it would lead any visiting reader to conclude that Orthodox Christians are arrogant, stuck up snobs who all hate each other.

That is bad, and it is not possible to know how much of that is spontaneous Christian bashing from real people, or how much of it is strategic use of bots or something else. The rise of alternate platforms like Gab, which is run by a fearless Christian believer, show a completely different spirit.

However, Facebook is by far the biggest of the social media networks, and even though many people are leaving it for Gab and Parler and the like, Facebook still is so large that to completely withdraw from the platform is almost impossible. Often, the only way to contact other friends is through this platform, so most of us still get exposed to it.

To that end, taking advantage of this great power, Facebook is now reaching for the inside of your skull and those of your friends, and the tech giant is asking you to “get support for” encounters with extremism and extremists. Such offers might look like this: 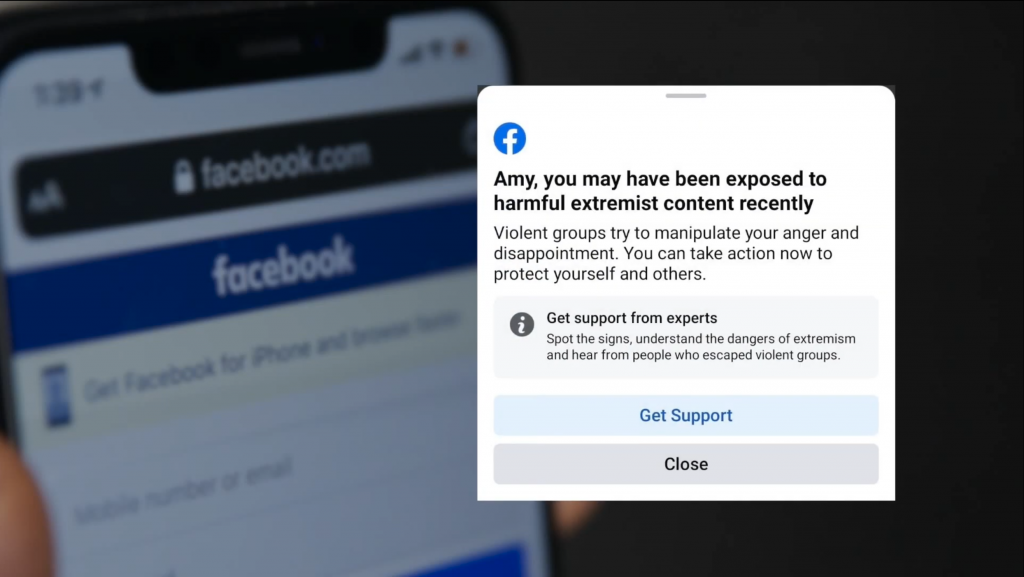 In other words, extremism is being treated as a cult, with great suspicion, and Facebook is offering “resources” to “help” its users find their way to “normalcy” in their thinking and world view.

But what is “normal?” Apparently, Facebook has taken a lofty mantle upon itself to act like it knows what normal is, and the developers of this effort are determined to help you become normal… no matter what you might think.

Roman Balmakov of the Epoch Times gives an amazing bit of analysis on this development.

This is where it gets very interesting. For me, as a person who treats all news with skepticism, such efforts smack of an effort to curtail free thought and free speech. I do not personally need anybody’s help to deal with extremists, and if one shows up and posts things at me and I do not like it, I simply ignore it or block the sender. I am in no need of guidance to “discover” that I might be exposed to or have my mind changed by “extremism.”

There are many people who share this ability to think critically, thank God, and they are responding to Facebook’s efforts with mockery: 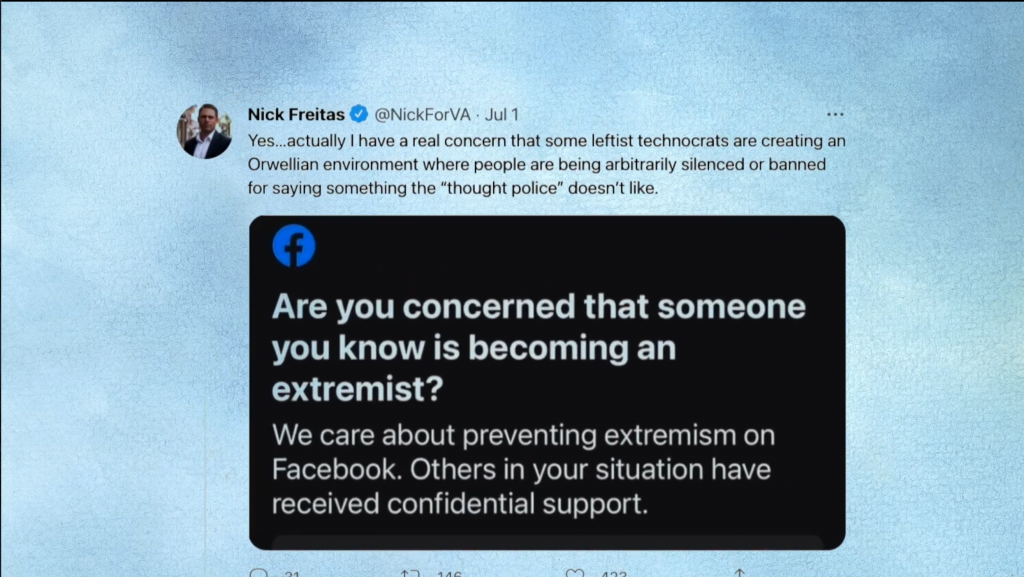 And also, with reference to the Section 230 reform that apparently died on the vine (or was killed!) after Imposter Biden was installed in the White House as the empty suit for liberals. (Oh, is that extremist for me to say this? Oh, well, it is the truth…) 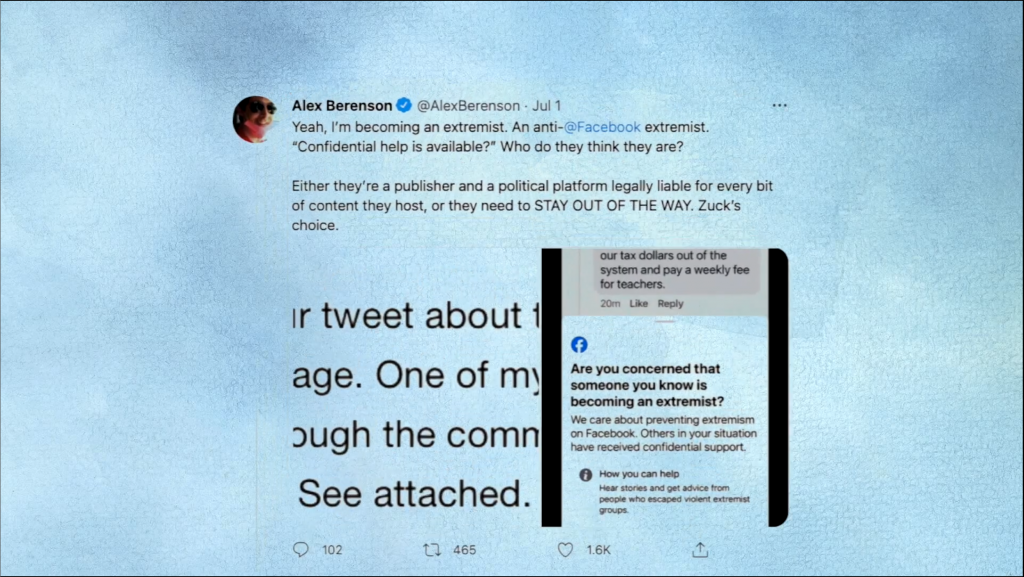 One thing is for sure: This IS the big power play by the globalist secularists. This is their hour, but the time where they can succeed is limited. The more they do this, the more people become wise to them.