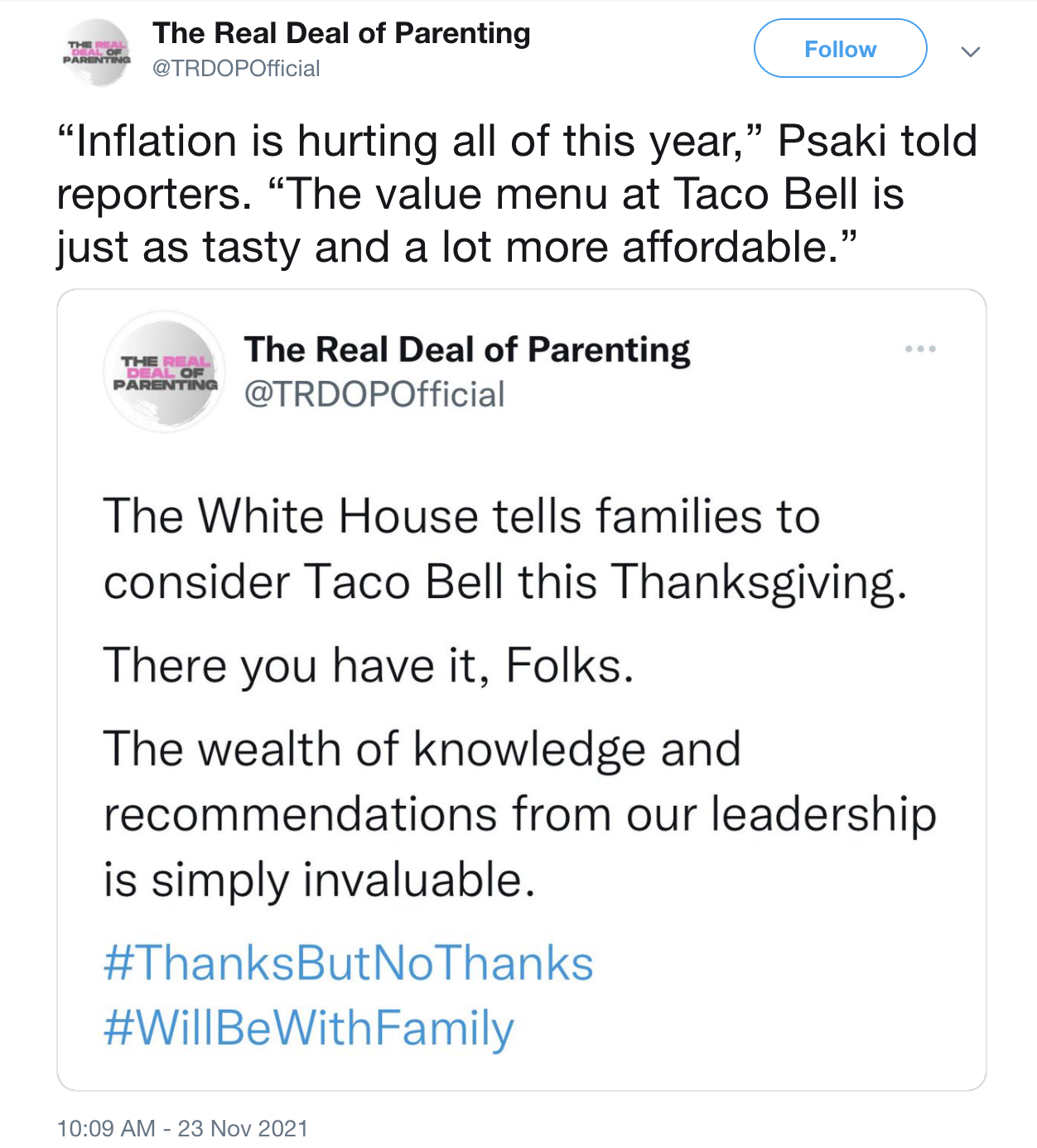 There is no record of the White House or Psaki recommending for people to eat Taco Bell for Thanksgiving. The claim comes from a satirical Instagram page.

The average Thanksgiving meal is expected to be more expensive this year than last year’s due to inflation, CNBC reported.

A viral iteration of the claim on Facebook garnered over 270 shares before being deleted. It also quoted Psaki as saying, “Inflation is hurting all of us this year. The Value Menu at Taco Bell is just as tasty and a lot more affordable.”

However, Check Your Fact didn’t find any record of the White House making such a Thanksgiving recommendation or of Psaki making the comment attributed to her in the posts. A search of White House blog posts, media statements and press briefing transcripts yielded no instances of either of them. They also do not appear in any tweets from the White House or the press secretary.

Such a remark by Psaki to reporters would likely result in media coverage, yet no national news outlets have quoted her as saying something to that effect. (RELATED: Viral Post Claims To Show Photo Of Joe Biden And Jen Psaki)

The Instagram account @Beep.Satire appears to be the origin of the claim about the White House and Psaki suggesting a Thanksgiving meal of Taco Bell. The account’s Instagram bio says in part, “Satire, jokes, & media flops. 100% fake news made for you.”

Pelosi Staffer Who Mask Shamed Republicans Out at Speaker’s Office