An image shared on Facebook purportedly shows the online trading platform Robinhood tweeting that “buying some stocks might be limited” due to an “upgrade to our systems.” 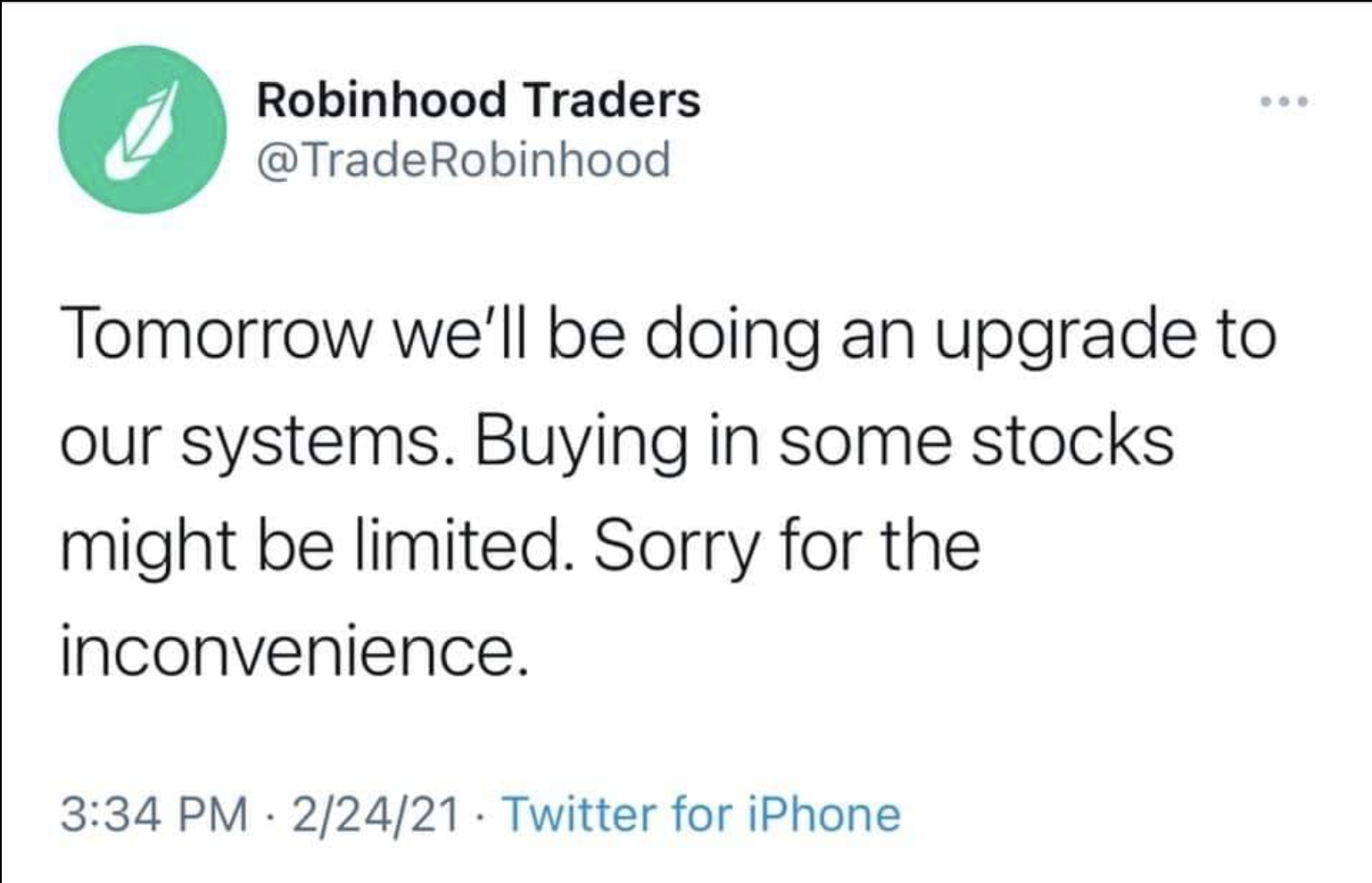 Social media users have been sharing screen grabs of the Feb. 24 tweet, seemingly believing it was sent by Robinhood. One Facebook user commented, “Robinhood YOU ARE THE WORST,” while another said, “They getting ready to block AMC and GME… AGAIN!!!”

“Tomorrow we’ll be doing an upgrade to our systems,” reads the tweet. “Buying in some stocks might be limited. Sorry for the inconvenience.” (RELATED: Does This Image Show A Real CNN Headline Related To GameStop’s Stock Price Increase?)

The parody account previously used the Twitter display name “Robinhood Traders” but has since changed it to “Robinhood Parody.” The earlier display name may have led some social media users to erroneously think the Robinhood app tweeted the message when, in reality, it didn’t.

This is a fake account and not at all affiliated with Robinhood. To be clear, Robinhood didn’t pause trading of $GME. The NYSE temporarily halted trading as part of the Limit Up-Limit Down rule. More here: https://t.co/Giz41kd4Wg

“This is a fake account and not at all affiliated with Robinhood,” the online trading platform tweeted. “To be clear, Robinhood didn’t pause trading of $GME. The NYSE temporarily halted trading as part of the Limit Up-Limit Down rule.”

The trading of GameStop stock was halted twice on Feb. 24 over volatility in its stock price, according to Reuters.