A video shared on Facebook purportedly shows Microsoft co-founder Bill Gates presenting a proposal to “vaccinate” religious fanatics at the Pentagon in 2005. 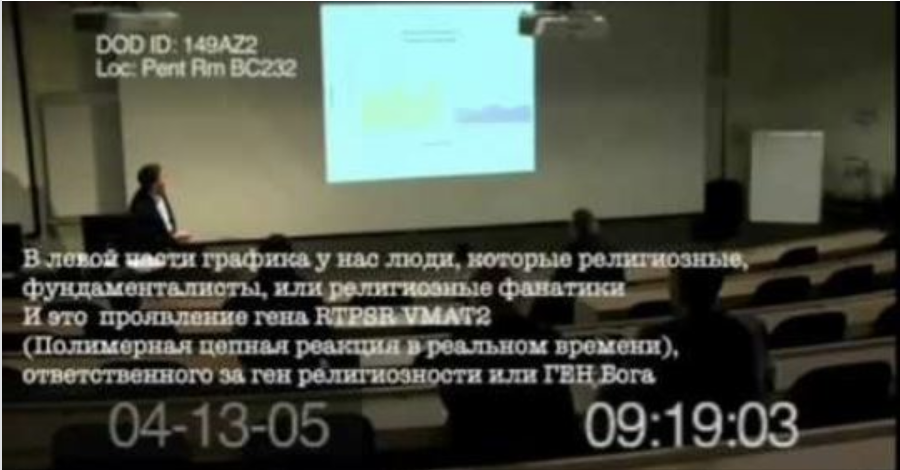 The man in the video is not Bill Gates, and the video appears to be a hoax that has circulated online for years.

Gates has become a popular target for vaccine-related misinformation during the coronavirus pandemic, The Verge reported.

In this case, social media users have shared a video of a man giving the Pentagon a presentation on a proposal to “vaccinate” people against religious fanaticism. The man, purportedly Gates, goes through a slideshow on the VMAT2 gene and a “FunVax” vaccine to suppress it in the video. He concludes by saying the project has shown “great promise.”

The VMAT2 gene, which stands for vesicular monoamine transporter 2, was dubbed the “God Gene” in Dr. Dean Hamer’s 2004 book “The God Gene: How Faith is Hardwired into Our Genes.” That book discussed how a “variation in the VMAT2 gene plays a role in one’s openness to spiritual experiences,” according to an article published in the CBE Life Science Education journal.

However, the man giving the presentation in the video is not Gates, and the video appears to be a hoax that has circulated online for years. (RELATED: Has Bill Gates ‘Refused To Vaccinate His Children’?)

A higher definition version of the video, titled “FunVax Lecture at the Pentagon — Must See to Believe,” can be found on YouTube, where it was uploaded in 2011. In that version, viewers can clearly see that the man doesn’t resemble Gates. A spokesperson for the Bill and Melinda Gates Foundation also confirmed to Reuters that it is not him.

Lead Stories, a fact-checking website, reported that the video appeared to be a promotion for a “faux documentary.” The creator had a Kickstarter campaign seeking funds for investigating the “truth behind the Vaccine Against Religious Fundamentalism” and trailer for the alleged vaccine, per Lead Stories.

The video appears on numerous fringe websites, often under tags such as “chem trails,” “eugenics” and “Pentagon bioweapon to destroy religion,” according to Vice.