The Duran’s Alex Christoforou and Editor-in-Chief Alexander Mercouris discuss Nigel Farage and his Brexit Party’s general election strategy, which seeks to stop a rising Labour, and work with the Conservative Party to form a sort of ‘Leave’ majority government that will keep the fight for a real Brexit alive.

After initially insisting that the Brexit Party would contest more than 600 seats in the upcoming UK general election and denying rumors about a possible “alliance” with the Tories, Brexit Party leader Nigel Farage has back-tracked, big time.

Instead of challenging every seat, the BP’s election strategy will leave out 317 Tory-held seats won during the last election, increasing the chances of a pro-Brexit majority. Now, the BP will focus on Labour-held seats, particularly seats situated in districts that voted in favor of ‘Leave’.

Last week, Farage sent GBP tumbling after claiming his party intended to field more than 600 candidates, some of whom would go head-to-head with Tory incumbents. Without an alliance between the two pro-Brexit parties, pundits claimed, Farage could risk splitting the vote, handing the premiership to Labour leader Jeremy Corbyn.

Unsurprisingly, GBP soared on Monday once Farage made clear that he and the Brexit Party have decided that a truce with the Tories is the best way forward: GBP traded just under $1.29 on the news, its highest level of the session. 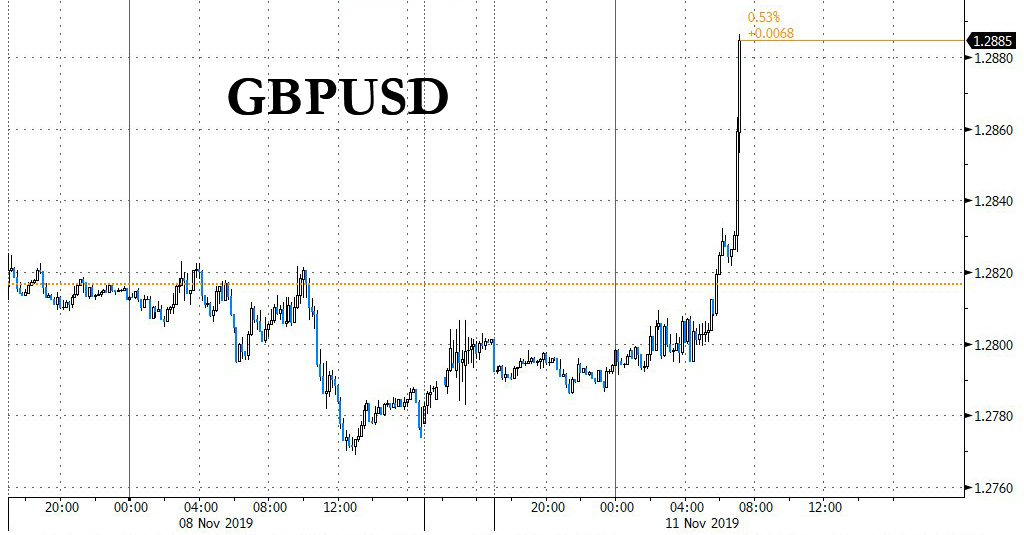 Farage said that the alternative would be a hung parliament, which could lead to a “disastrous” second referendum. The general election will be held next month.

A few inconvenient facts about the Circassian genocide