An exclusive Yahoo News report revealed Friday that the FBI is monitoring groups protesting at the US Mexico border. The documents disseminated by the FBI field office in Phoenix obtained by the news site revealed that groups are “increasingly arming themselves and using lethal force to further their goals” and are emboldened by the “perceived mistreatment or targeting of immigrants.”

The document, published on May 30, attributes the violence to “anarchist extremists” who are “increasing risk of armed conflict.”

For example, one of the leftist groups cited in the report includes Antifa. According to the document, the protestors are targeting law enforcement officials and their offices along the border.

See below for the full document:

The out of control leftists are openly calling for open borders by declaring anyone has the right to illegally enter the United States. 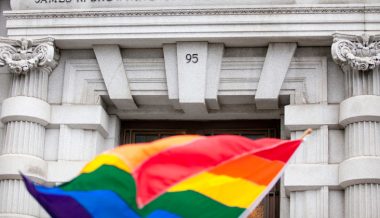