The Duran’s Alex Christoforou and Editor-in-Chief Alexander Mercouris discuss the British government and its opponents battling out in the U.K. Supreme Court in a legal case over Brexit that may determine whether Boris Johnson broke the law by suspending Parliament at a crucial time ahead of Britain’s departure from the EU.

Remain and Brexit protesters exchanged shouts outside the court building on London’s Parliament Square, as the government’s opponents argued that Boris Johnson illegally shut down Parliament just five weeks before the country was set to leave the European Union for the “improper purpose” of dodging lawmakers’ scrutiny of his Brexit plans.

Lawyers representing Prime Minister Boris Johnson are arguing that his advice to the Queen to prorogue Parliament was lawful and that, in any event, the court cannot interfere in political matters. The Supreme Court in London is hearing historic appeals from two separate challenges brought in England and Scotland to the prorogation of Parliament ahead of the Brexit deadline.

Mr Johnson insists his five-week suspension is to allow his Government to set out a new legislative agenda in a Queen’s Speech when MPs return to Parliament on October 14.

But furious Remainers brought legal challenges against the Prime Minister’s decision, saying the Tory leader broke the law by suspending parliament ahead of the Brexit October 31 deadline and the prorogation was designed to make way for a no deal exit.

Sir James Eadie QC, representing Mr Johnson, is arguing that the Supreme Court has no jurisdiction to rule on the lawfulness of the length of prorogation.

He said it is not a court matter, but more a matter of “high policy”.

He said: “Even if the prorogation in the present case was designed to advance the Government’s political agenda regarding withdrawal from the European Union rather than preparations for the Queen’s Speech, that is not territory in which a court can enter.”

He said the power was preserved in specific legislation, including the Fixed Term Parliaments Act, before highlighting aspects of case law.

The government’s lawyer argued the issue of prorogation was “squarely” not a matter for courts.

He said: “Decisions about prorogation are squarely within that high policy sphere and within that key rationale for non-justiciability.”

Judget Lord Kerr asked Sir James whether he thought that the act of proroguing parliament had he potential to undermine Parliament.

To which Sir James replied: “By definition prorogation has the effects that it has.

“The bills that were previously before parliament fall parliamentary questions cannot be asked.

“But my submission will be that despite those features this is a well-established constitutional function to be exercised by the executive.

But another judge Lord Wilson hit back telling Sir James it was the job of judges like him to defend parliamentary sovereignty.

Sir James will be followed by submissions from Aidan O’Neill QC for Ms Cherry.

It comes after the first day of the hearing saw Lord Keen QC, who spoke for the Government, claim parliament could have taken action against the prorogation of parliament through primary legislation.

Lord Keen told the 11 supreme court justices, parliament had “the opportunity and the means” to determine when it would be prorogued.]

Lord Keen said: “If and when Parliament does not wish to be prorogued, Parliament controls that process by primary legislation.”

Lord Keen added: “The legal limits on the power of the executive are set by Parliament and not by the courts.

“There are of course a number of examples of where Parliament has exercised the right of control by the use of primary legislation.”

Mr Johnson’s lawyer submitted that the courts “must not cross the boundaries and intrude upon the business of Parliament”, and confirmed Mr Johnson will comply with the Supreme Court’s ruling if it finds his decision was unlawful.

The court, which is sitting as a panel of 11 justices for only the second time in its 10-year history, must reconcile contradictory judgments issued by the English and Scottish courts.

It comes after the High Court in London rejected the case brought by pro-EU activist Gina Miller – who previously brought a successful legal challenge against the Government over the triggering of the Article 50 process to start the Brexit countdown – finding that the length of the prorogation was “purely political” and not one for judicial interference.

But, on the same day, Scotland’s highest court ruled that the suspension was unlawful and was an “egregious” attempt to stymie parliament.

On the first day of the hearing on Tuesday, Mrs Miller’s barrister Lord Pannick QC argued that Mr Johnson’s motive for an “exceptionally long” prorogation was to “silence” Parliament, and that his decision was an “unlawful abuse of power”.

Mrs Miller’s challenge is supported by former prime minister Sir John Major, shadow attorney general Baroness Chakrabarti and the Scottish and Welsh governments, who are all interveners in the Supreme Court case and will also be heard on Thursday.

On Wednesday, she arrived at the Supreme Court for the second day of the hearing, flanked by two bodyguards.

Speaking ahead of the second day of court today, Mrs Miller’s lawyer said no other prime minister had abused the power to prorogue parliament in this way for 50 years.

He said there was strong evidence that Mr Johnson wanted to silence parliament because he saw it as an obstacle, and said it was “remarkable” the prime minister had not provided a witness statement spelling out his reasons for the prorogation. 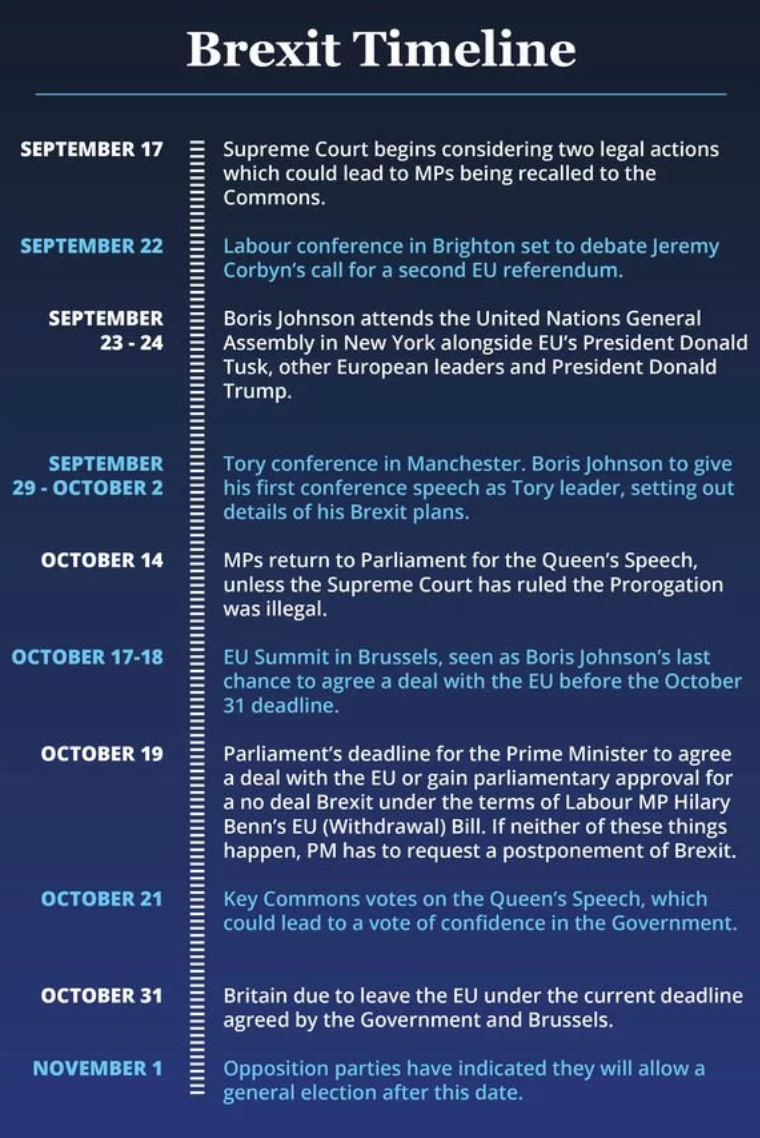