Finland is Now Led by a Government of Under-35 Millennial Women, Has Majority-Female Cabinet https://t.co/e4FeQbVxCM

Finland’s finance minister is running an Instagram poll on whether we should repatriate ‘just children’ or ‘children and mothers’ from the ISIS camp at al-Hol pic.twitter.com/tM0jKxkK3i

Finland’s finance minister deleted an Instagram post and issued an apology on Friday after criticism by a human rights group that embarrassed the new, women-led government days after it took office.

Katri Kulmuni, who became finance minister only this week, had posted an informal poll on whether the government should allow Finnish women with links to Islamic State to return from Syria, or just their children.

The poll asked her Instagram followers whether they backed repatriating “children only” or “children and mothers” from the al-Hol camp in a part of Syria held by Kurds. Kulmuni’s Centre Party opposes letting the mothers return to Finland.

[…] “My aim to have a discussion on social media about a complicated topic failed. I apologize for the poll,” Kulmuni tweeted on Friday. “My IG (Instagram) poll aroused condemnation, it has been removed. The style was unsuccessful.”

Kulmini sent out two tweets about it: 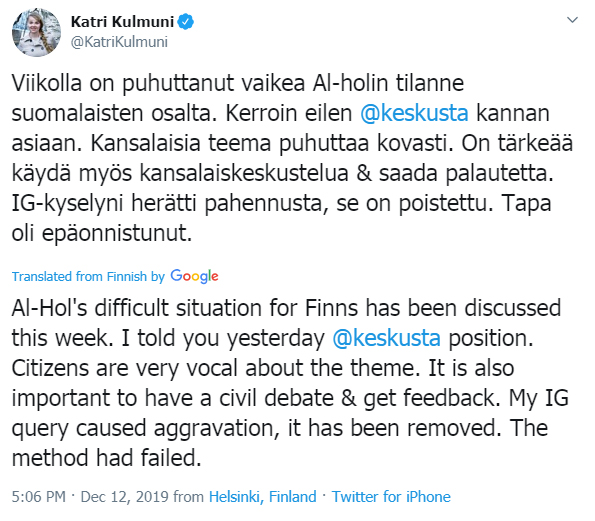 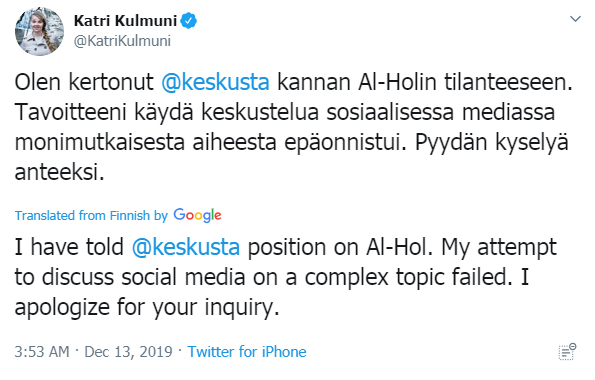 The media has spent the entire week hailing this new millennial-female-run government as a monumental achievement which will “change the world.”

How will a 34 year old woman prime minister in Finland change the world? https://t.co/XmX5O2V2TN via @IrishTimesOpEd

They’re “changing the world” by holding Instagram polls on whether to repatriate Jihadis.

Alex Jones breaks down the conservative election victory in the U.K. and what it means for their country and the world. 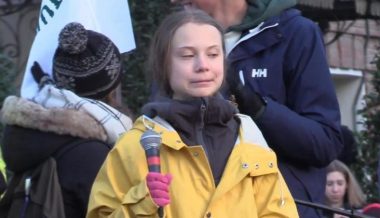