A Florida lawmaker is considering legislation that would cut funding for school districts that implemented mask mandates despite a recent executive order, the Tampa Bay Times reported Monday.

Rep. Randy Fine, who chairs the PreK-12 Appropriations subcommittee, proposed a move that would punish the dozen districts that mandated masks, the Times reported. He said the school districts should have $200 million taken away and given to the 55 other districts that adhered to Gov. Ron DeSantis’ order.

DeSantis passed an executive order banning mask mandates in schools as part of a “Parent’s Bill of Rights” that he signed into law in June. The order gave parents the right to choose whether or not to mask their kids for school.

Fine said the $200 million would come from the salaries of over 1,600 district-officials, including grant directors, budget managers and chief financial officers who make more than $100,000 per year in some of Florida’s largest counties, the Tampa Bay Times reported. 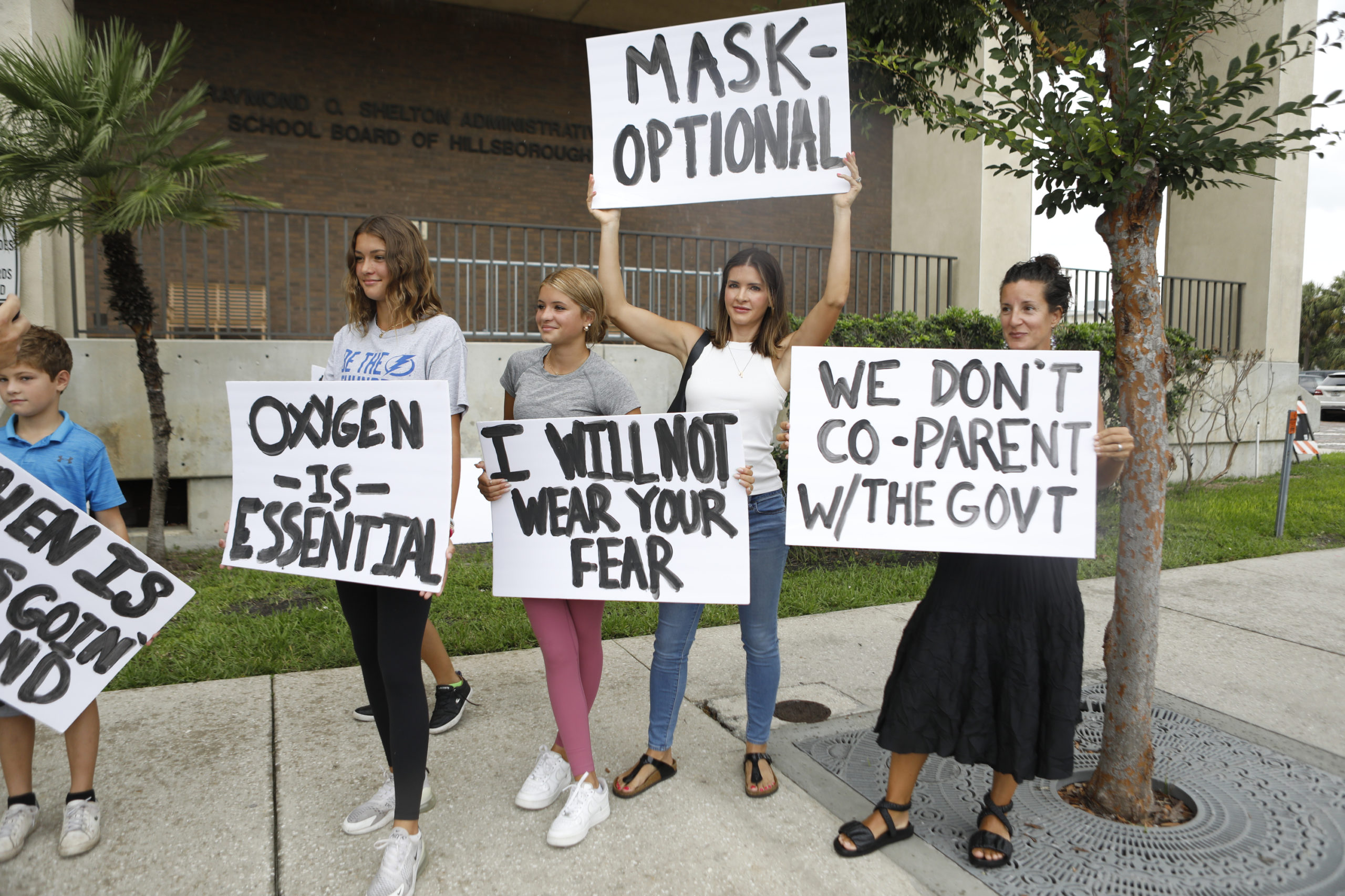 Families protest any potential mask mandates before the Hillsborough County Schools Board meeting held at the district office on July 27, 2021 in Tampa, Florida. The Centers for Disease Control and Prevention recommended those who are vaccinated should wear masks indoors including students returning to school. (Photo by Octavio Jones/Getty Images)

Twelve school districts that required masks last year in defiance of DeSantis’ order, including Alachua, Broward, Miami Dade, Orange, Palm Beach and Sarasota would have funding cut under the proposal, the Times reported.

“Next time a school district is considering taking the money that we gave them so that they can sue us over a law that we passed, maybe they’ll think twice,” Fine said, the Times reported.(RELATED: Teacher Loses Job After Disrespecting Fundraiser For Fallen Police Officers)

DeSantis threatened to withhold superintendent and school board salaries over mask mandates in August.

In October, the Florida Board of Education sanctioned eight school districts for imposing mask mandates without opt-out options in violation of DeSantis’ executive order. Board of Education Commissioner Richard Corcoran penalized the districts by withholding funds equivalent to 1/12 of school board members’ salaries.