An ex-US Central Intelligence Agency (CIA) officer has been arrested and is now facing life imprisonment after he and a relative allegedly conspired with multiple People’s Republic of China (PRC) officials to relay classified national defense information for more than a decade.

Former CIA Officer Alexander Yuk Ching Ma was arrested by federal authorities on Friday, August 14, and charged with “conspiracy to communicate national defense information to aid a foreign government,” according to a Monday release from the US Department of Justice.

The news release detailed that the 67-year-old and his relative – who was also a former CIA officer – allegedly began divulging their knowledge of classified US defense information to PRC intelligence officials in 2001.

Authorities say the two relatives met with Chinese officials over the course of three days in 2001 and provided them with information on CIA “personnel, operations, and methods of concealing communications.” The release alleges that one engagement was recorded, showing Ma accepting and counting $50,000 in cash.

Ma, who was born in Hong Kong and became a naturalized US citizen, began his career with the civilian foreign intelligence service in 1982 and maintained a “Top Secret” clearance until he left the service in 1989.

He was also hired in 2004 as a linguist on contract for The Federal Bureau of Investigation (FBI) Honolulu Field Office. Citing court documents filed in the US District Court for the District of Hawaii, the release claimed Ma routinely photographed, copied and also lifted documents that were explicitly labeled with various classification markings.

“Ma took some of the stolen documents and images with him on his frequent trips to China with the intent to provide them to his handlers. Ma often returned from China with thousands of dollars in cash and expensive gifts, such as a new set of golf clubs,” the news release alleged.

Authorities claim Ma revealed his crimes to an undercover FBI employee posing as a PRC intelligence service representative. Court documents note the two individuals met twice in spring 2019 and Ma pocketed $2,000 as a “small token” of appreciation for his aiding of China.

“The trail of Chinese espionage is long and, sadly, strewn with former American intelligence officers who betrayed their colleagues, their country and its liberal democratic values to support an authoritarian communist regime,” Assistant Attorney General for National Security John C. Demers asserted in a statement published within the release.

“This betrayal is never worth it. Whether immediately, or many years after they thought they got away with it, we will find these traitors and we will bring them to justice. To the Chinese intelligence services, these individuals are expendable. To us, they are sad but urgent reminders of the need to stay vigilant.

Ma, who is scheduled to make his first appearance before a federal judge on Tuesday, faces a maximum penalty of life imprisonment if found guilty of “conspiracy to communicate national defense information to aid a foreign government.”

The mayor of Austin, Texas, has decided to close public nature trails because of COVID-19. So Action 7 visits Barton Springs to open the park back up.

The Everyday Essentials Sale is now live! Get up to 60% off the hottest items! 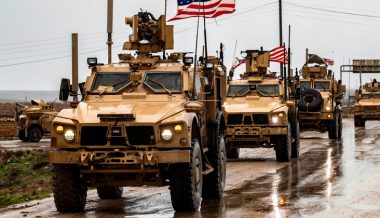 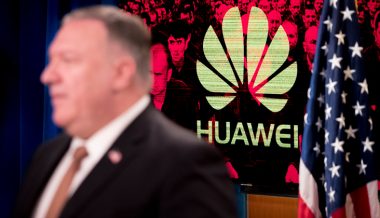