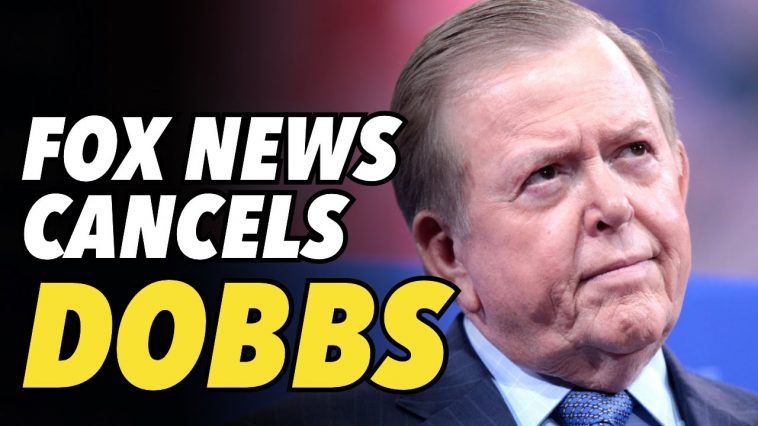 Another shakeup at Fox News. The popular “Lou Dobbs Tonight” show has been axed by Fox News.

The cancelation of the pro-Trump Lou Dobbs comes a day after voting software company SmartMatic filed a $2.7 billion defamation suit against Fox News and three of its hosts – Dobbs, Maria Bartiromo and Jeanine Pirro – over voting-machine-fraud claims.

Dobbs was forced to issue a fact-checking clip on his show in December 2020 after Smartmatic, a voting machine company, issued a legal letter regarding what it says was “false and defamatory statements and reports.”

The LA Times however is reproting that “people familiar with discussions” suggested that Dobbs’ cancellation had been in the works prior to legal issues regarding the voting machine companies.

“Lou Dobbs Tonight” is being renamed as “Fox Business Tonight” beginning next week. The show will see rotating guest hosts.

Dobbs, 75, remains under contract at Fox News but he will in all likelihood not appear on the company’s networks again.

Dobbs was one fo the few Fox News hosts who stuck by Trump til the very end and beyond. For his part, former President Trump sent out this message of thanks and support to Dobbs…

Thanks for your kind words Mr.President. God bless you and all the American patriots who make this country great. https://t.co/7aPPQMl898

Fox News is lost. Since its betrayal of Trump and his base with the Chris Wallace debate debacle and the Arizona election call, Fox News is trying to shed its past tacit support for US president Trump while at the same time trying to win over Trump’s support base and movement, while also playing to the neoliberal and neocon CNN and MSNBC crowd.

It’s not working, Fox News ratings will continue to sink, because in today’s media landscape you need to define your message and make your stand, you can’t be everything to everyone and you cannot please everyone, especially the cancel culture crowd.

Reconciliation in Syria: building peace between the two sides