An autopsy report released Wednesday showed that George Floyd had coronavirus when he died while in the cutody of the Minneapolis Police Department.

George Floyd had coronavirus — according to the Hennepin County Medical Examiner’s full autopsy report, which was released in full tonight. 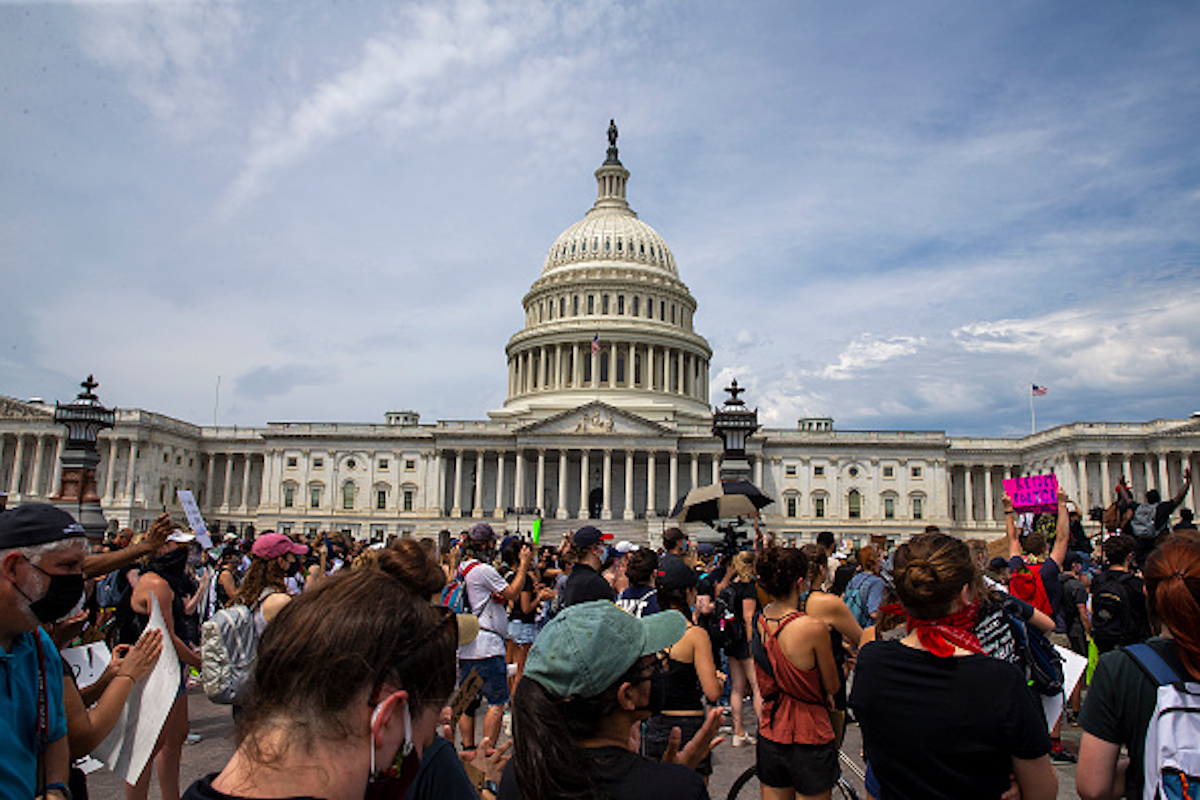 Demonstrators rally at Capitol Hill in protest against police brutality and the death of George Floyd, on June 3, 2020 in Washington, DC. Protests continue to be held in cities throughout the country over the death of Floyd, a black man who was killed in police custody in Minneapolis on May 25. (Photo by Tasos Katopodis/Getty Images)

Protests and riots erupted nationwide after a bystander’s video captured Floyd first protesting that he couldn’t breathe, then going limp before being removed from the scene of the arrest. Floyd died while in police custody after an officer put his knee into the back of his neck for over eight minutes while he was handcuffed and on the ground. (RELATED: President Trump Walks Out Of White House, Holds Up Bible In Front Of St. John’s Church Amid Protests)

Since then, all four former officers involved have been charged.

(This story is developing and will be updated when more information becomes available.)