Soros called Trump a “con man and a narcissist, who wants the world to revolve around him,” CNBC reports.

The billionaire also reportedly said that when Trump became president, his “narcissism” became a “malignant disease.”

“He has an instinct of how they are going to respond to his actions,” he said, “this makes the tasks of the Democrats who impeached him extremely difficult.”

Finally, he said that the 2020 election would determine the “fate of the world.” 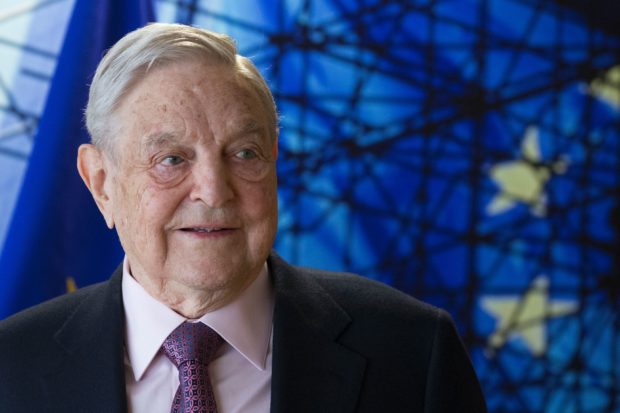 George Soros, Founder and Chairman of the Open Society Foundations arrives for a meeting in Brussels, on April 27, 2017. OLIVIER HOSLET/AFP via Getty Images

Soros has spent large sums of money trying to influence politics in the United States, donating to a number of progressive causes. (RELATED: George Soros-Linked Money Used To Promote BDS Movement Against Israel)

“Everything that could go wrong, has gone wrong,” Soros said in a 2018 interview. He also said that Trump’s 2016 election win surprised him, saying that he was living in a “bubble.”

Breonna Taylor Interviews: Police Knocked, May Have Identified Themselves

Schiff: Country Continues to Be ‘at Jeopardy’ Without Trump Financial Records

Symposium: The Renaissance Principle Across the Ages

Joe Biden as a Stealthy Bigot

Bolsonaro will politicize his coronavirus infection to regain lost popularity

Symposium: The Renaissance Principle Across the Ages

Joe Biden as a Stealthy Bigot