Google seems to be operating more like a news publisher than a neutral platform it claims to be in leaked documents exposed by Project Veritas that could change the tech industry forever.

The data dump contains internal memos and emails describing how Google channels content to users – and how “challenging” it can be when the content “does not represent the views” of Google or its employees.

“Please know that we recognize this is a very heated topic at the moment and Google finds itself in the challenging position of both helping to ensure users are well-informed when looking at information online and our commitment to free speech, including content that may not represent views with which our employees or indeed Google are comfortable,” reads the leaked document. 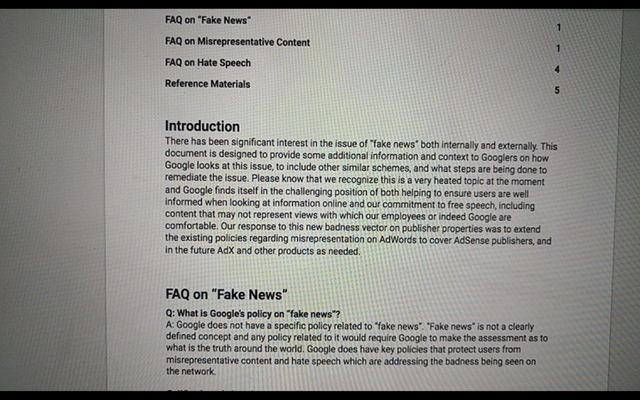 Google’s concern about ensuring users are “well-informed” sounds more like rhetoric from a news outlet – in fact, many outlets use derivatives of slogans about how they’re keeping their audiences “informed” – than an Internet platform immune from third-party content per Section 230 of the Communications Decency Act.

Granted, in the document Google admits that defining “fake news” would require it to make the assessment on what is the truth around the world, but Google somehow doesn’t seem to have an issue with using the phrase “hate speech” in the next sentence despite that presumably requiring Google to make a similar assessment on that definition.

Zach Vorhies has gone public for his own safety after exposing Google’s political bias and censorship.

In fact, the other documents outlined below indicate that Google doesn’t have that much of a problem with making its own assessments regarding news content – much like a publisher.

This seemingly confirms popular concerns that the company is operating much like a news outlet (e.g., CNN, Fox News, NBC, et al.) rather than a platform performing a neutral function.

The document also describes a metric called a “badness vector” to seemingly measure how far a publisher’s content strays from what Google is “comfortable” with.

This “badness” baseline is apparently used by Google to maintain the “quality” of what it calls the “News Corpus,” or ‘body’ of the news on the Internet, another leaked document reveals.

This “News Corpus” appears to be the heart of an intricate “News Ecosystem” that utilizes algorithms and “quality checks” to foster the news before it reaches news clients, according to a leaked infographic. 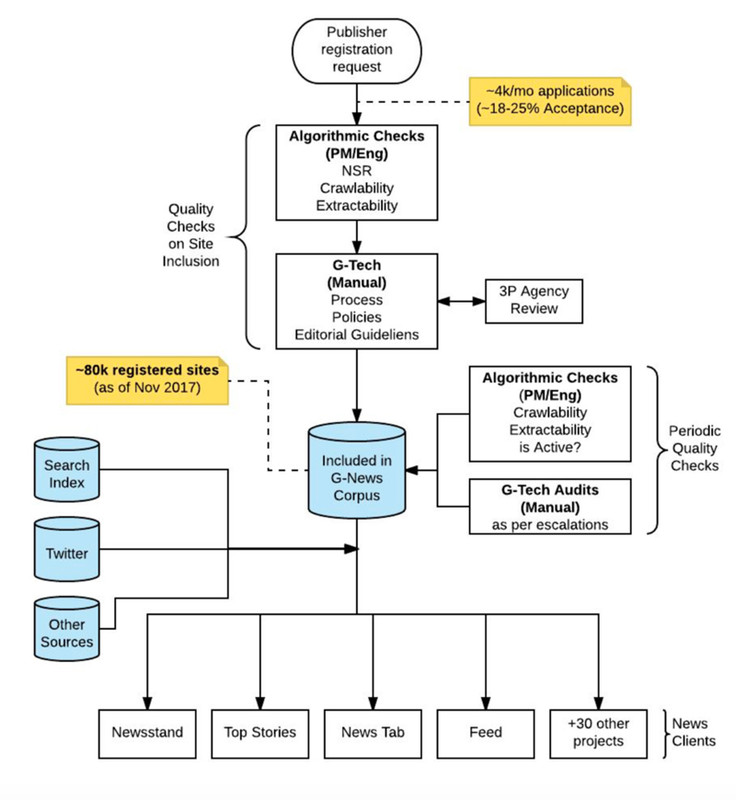 Correspondingly, in what is described as a “goal” in an internal email, Google is seeking to “establish a single point of truth” for what constitutes as news across its products. 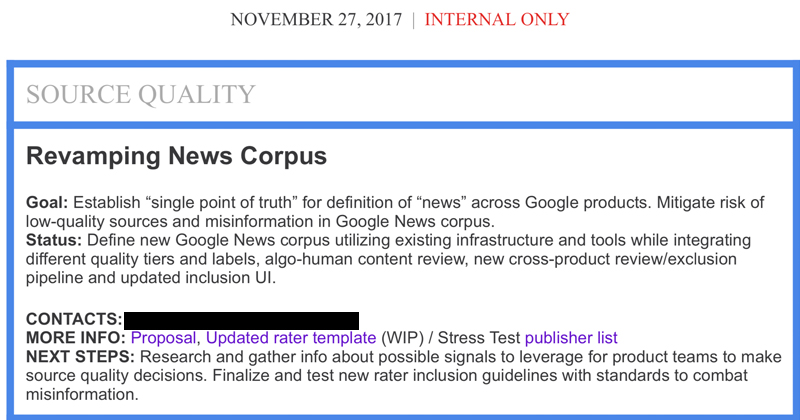 In an apparent effort to facilitate this goal, an operation called “Project Purple Rain: Crisis Response & Escalation” was seemingly drafted to “detect and handle” the spread of what Google deems as “misinformation.” 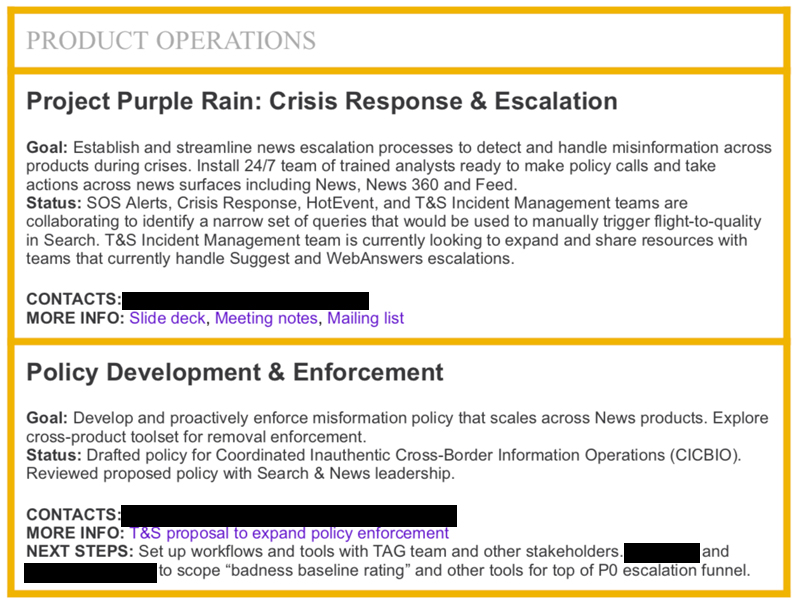 Notably, this internal email concludes by explaining the employee who received the message did so because they are subscribed to a Google Group called “news-quality-working-group.” 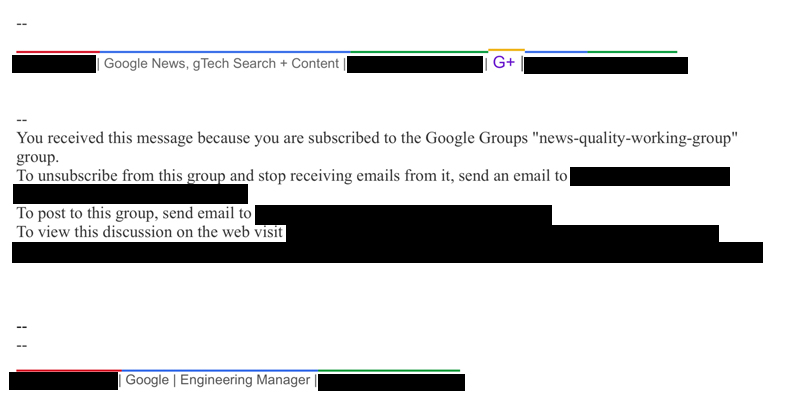 Again, if Google is acting as a platform per Section 230, then why would it have a group called “news quality?”

“Google is playing both sides of the game,” said Vorhies. “On the one hand, they’re saying they are a platform and that they are immune from being sued for the content that they host on their website. On the other hand, they’re acting as a publisher, in which they’re determining the editorial agenda of these certain companies, and they are applying that.”

‘Is LaMDA Sentient?’: Conversation With AI Spooked Google Dev So Badly The Company Suspended Him