MISSION, Texas — A group of Republican governors visiting the Rio Grande Vally border with Mexico said the border crisis is also a drug crisis. The governors said the explosion of fentanyl and methamphetamine pouring across the unsecured border is killing young people all across the nation.

“The amount of fentanyl apprehended just by the Texas Department of Public Safety just this year is more than enough to kill every man, woman, and child in the states of Texas, California, and New York,” Texas Governor Greg Abbott told reporters during a news conference near Mission, Texas, on Wednesday afternoon. The governor said Texas Department of Public Safety Director, Colonel Steve McCraw, briefed the group of nine visiting governors on the flow of drugs across the border, into Texas, and then on to states across the nation. 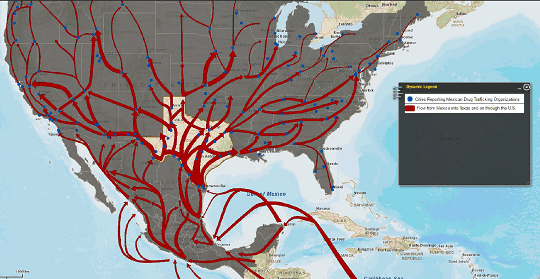 Flow of drugs through Mexico, into Texas, and on to states across the U.S. (Map: Texas Department of Public Safety)

Ohio Governor Mike DeWine said, “In Ohio, at least 80 percent of our overdose deaths every week are caused by fentanyl. It is getting mixed into everything. I get calls, I get letters from family members who have lost someone.” 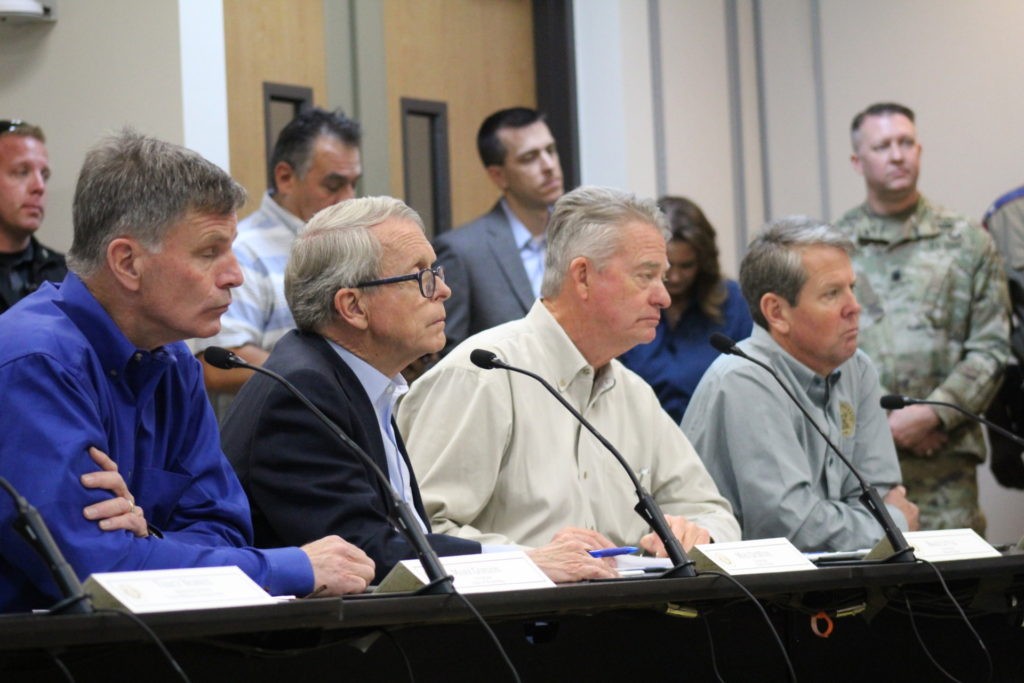 “So this crisis at the southern border is a humanitarian crisis,” DeWine added. “It is also a drug crisis. It’s a fentanyl crisis.”

Iowa Governor Kim Reynolds said, “With interstate 35 and interstate 80 we’re a direct route for drugs to pipe through to Des Moines, Council Bluffs, and then out through the United States.” 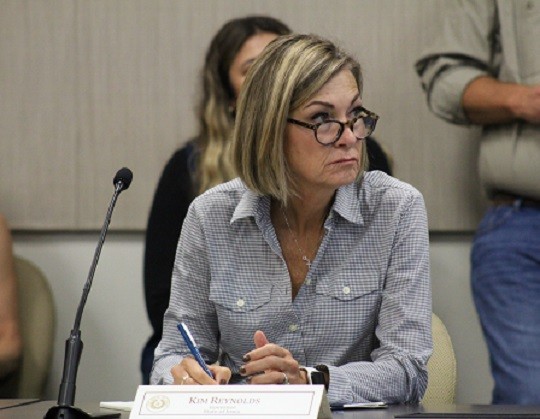 The Iowa governor said her state has experienced a tremendous in both methamphetamine and fentanyl. She said it is up 1000 percent from the same period last year.

“That’s killing our young people,” Gov. Reynolds stated. “The other thing that we’re also experiencing is the purity of the fentanyl. We are seeing it like every other state, across this country, and it’s taxing not only Iowans but our law enforcement as well.”

Nebraska Governor Pete Ricketts added, “Talking to the colonel of my State Patrol, methamphetamine, in the Midwest, is up four times what it was last year. We’ve seen that our State Patrol has confiscated more than about two and a half times the amount of fentanyl in our state this year versus last year.” 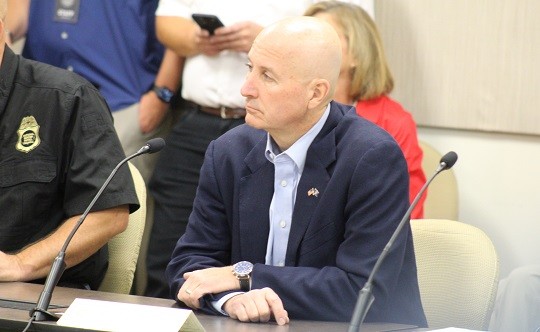 Nebraska Governor Pete Ricketts is briefed on drug flow into U.S. during a Texas Department of Public Safety briefing near the border with Mexico. (Photo: Randy Clark/Breitbart Texas)

Colonel McCraw told the assembled group of governors that the border crisis has “allowed Mexican cartels to evolve and become the most dangerous most violent most brutal criminal organizations in the world they dominate the drug and human trafficking market throughout the United States. And if you have a fentanyl problem in Iowa, you have one in Oklahoma, you have a border problem. And that’s exactly what’s been going on.”

McCraw expressed his gratitude to the governors who have sent additional law enforcement resources to Texas due to the Biden administration’s changes in policies leading to the current border crisis.

“We’re proud to stand with you today and thank you for all you do and thank you for sending troopers down here and resources,” the DPS director concluded. “We appreciate that. We know that by putting them here, you’ve been able to protect your state, and I know you care deeply about protecting your citizens from harm and God bless you.”

Bob Price serves as associate editor and senior news contributor for the Breitbart Texas-Border team. He is an original member of the Breitbart Texas team. Price is a regular panelist on Fox 26 Houston’s What’s Your Point? Sunday-morning talk show. Follow him on Twitter @BobPriceBBTX and Facebook.

Randy Clark is a 32-year veteran of the United States Border Patrol.  Prior to his retirement, he served as the Division Chief for Law Enforcement Operations, directing operations for nine Border Patrol Stations within the Del Rio, Texas, Sector. Follow him on Twitter @RandyClarkBBTX.