The Republican-dominated Kansas Legislature joined several other states in passing a bill Saturday that would keep males who identify as females from playing in women and girls’ sports.

However, the GOP reportedly does not have the two-thirds majority needed to override “an almost certain-veto” from Democrat Gov. Laura Kelly, the Associated Press reported. Kelly, who is up for reelection this year, vetoed a similar bill last year, saying that Kansans should be “focused on how to include all students” rather than “exclude those who may be different than us.”

The Kansas House voted in favor of the Fairness in Women’s Sports Act 74-39 on Friday, which was 10 votes shy of a two-thirds majority. Roughly a dozen House members were absent, but at least five members were likely to vote against the measure, according to the report. On Saturday, the Senate passed to bill 25-13 — this time, Republicans were short two votes to reach the ratio needed to reverse Kelly’s likely rejection. 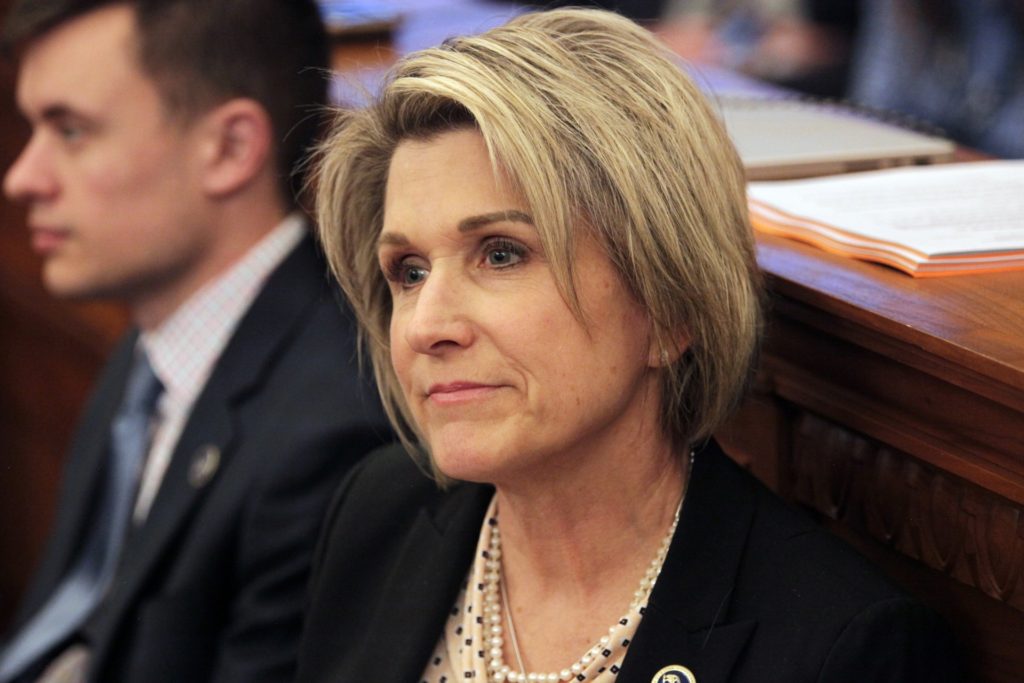 Kansas state Rep. Barbara Wasinger, R-Hays, follows a debate in the House on a bill that would ban transgender athletes from competing in female school sports, Friday, April 1, 2022, at the Statehouse in Topeka, Kansas. (AP Photo/John Hanna)

SB 160 would require interscholastic, intercollegiate, intramural, or club athletic teams or sports sponsored by the public to be “based on biological sex.” The bill applies to all levels of education, including elementary school, and orders that sports teams be designated “males, men, or boys,” “females, women, or girls,” or “coed or mixed,” a legislative report brief states.

Some “dissident Republicans” are waffling on the bill because “having a ban apply as early as kindergarten is a problem for them,” the publication continued. 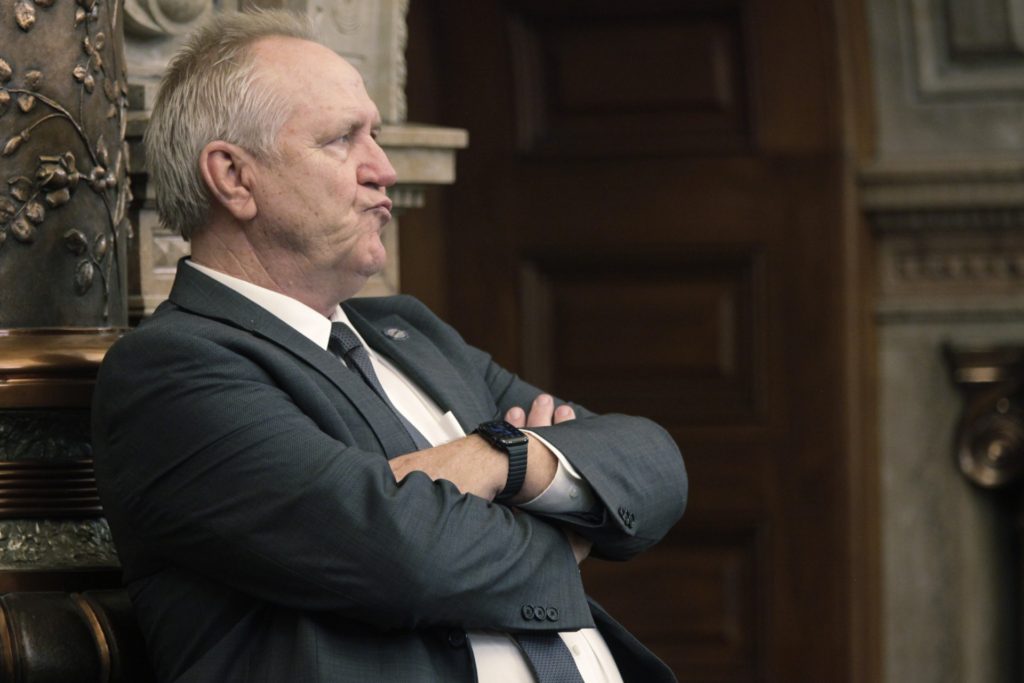 In this photo from Wednesday, March 23, 2022, Kansas state Sen. John Doll, R-Garden City, watches a debate in the Senate, at the Statehouse in Topeka, Kansas. (AP Photo/John Hanna)

“The focus now on, again, the very, very young kids who have no concept of ‘transgender’ — it just didn’t feel appropriate,” state Sen. Brenda Dietrich (R) said, despite the fact that far-left Democrats are actively targeting young children with transgender ideology.

“To be honest, I don’t know where I’m at with it,” state Sen. John Doll (R) also said of the total ban. “When it comes to a veto, I can’t say that I would vote to override the veto.”

The bill’s supporters say lawmakers should protect female athletes from having their records usurped by boys and men with biological advantages.

“It makes me sad that the women in the room don’t realize that we biological women are being bullied,” Republican Rep. Tatum Lee said. “We do everything we can to protect those being bullied, and I feel bullied.”