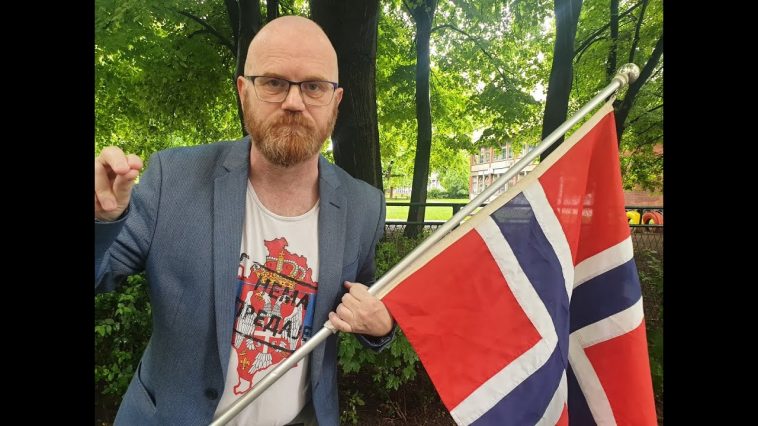 On May 17, 1814, Norway got its own constitution. At the time we were in union with Denmark, but Denmark had lost the Napoleon war, and the great powers wanted to give Norway to Sweden. Instead, brave and wise men made the Norwegian constitution to defend Norway’s sovereignty as an independent country.

We need to stand up for international law and to defend both the Serbian and Norwegian constitutions, never to give up not one square inch of Kosovo and Metohija, and fight for the national democracy in both countries. We need to show the globalists that we do appreciate our national democracies.

Kristian Kahrs describes himself as a former NATO aggressor and warmonger in Kosovo, turned into a warrior for peace, democracy, and freedom of speech. Kristian is a Norwegian living in Belgrade, Serbia, and there is more about him on his website ohrabrenje.com, the Serbian word for encouragement, where you can sign up for his newsletter. Also, follow Kristian on Gab, Telegram, and VK.