Self-help is largely a disreputable genre, in main because most answers to life are found internally, through trial and error.

Digital charlatans, many of whom lack any real success in life beyond their dubious roles as “life coaches,” litter our social media feeds. The fundamental question goes unasked and unanswered: “Why should anyone listen to you?”

The old wisdom of truly self-made men like Dale Carnegie and Og Mandino, rooted in common sense and discipline rather than unwarranted self-regard, is largely gone now. But another unlikely source exists in the man of Henry Hazlitt, the great economics journalist who made himself into a financially successful writer and aristocratic figure—despite the modest circumstances of his birth.

Early in his career, just a few years following his Air Force stint during the Great War. he wrote a curious short book titled The Way to Will Power. It reads as you might expect from a young writer still finding his voice and style. But it is absolutely fascinating, and can be read (free here!) in just an evening. So put aside your Jordan Peterson or Gary Vaynerchuk1 videos and spend some worthwhile time inside the mind of the great Henry Hazlitt!

As a taste, here is Hazlitt’s conception of willpower as the maintenance of a dominant, sustained desire. It is time preference applied to life’s goals:

Will-Power, then, may be defined as the ability to keep a remote desire so vividly in mind that immediate desires which interfere with it are not gratified.

Understand me, I pass no moral judgment on the will per se. I do not condemn it, neither do I praise. It may be evil as well as good. A man may devote years to avenging himself upon another. He may put up with inconveniences; endure privation; submit to insults, humiliation, and risks of exposure, all of which he could avoid if he would consent to give up his aim. Napoleon consecrated his colossal will to the once glorious and now discredited occupation of trying to conquer the world.

But will does imply thought of the future. It is ready, if need be, to sacrifice the present to the future. And that is one of the great distinguishing marks between the civilized man and the savage. The savage did not save; he did not plant crops; he did not provide for old age. He did not even set aside food for the next day. When he got a piece of meat, he gorged himself, until he slept. He died young. 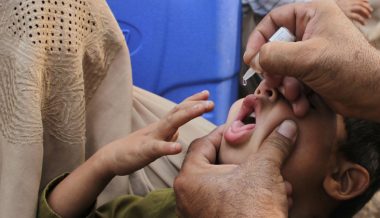 Exclusive– Playmate Jessica Vaugn: I Was Red-Pilled by Coronavirus Lockdowns