After several major polls revealed a sharp decline in support for impeaching President Trump in the wake of unconvincing public testimony by aggrieved bureaucrats (and at least one House Democrat publicly opposing the move), Reuters/Ipsos now claims support for impeachment has increased.

The latest poll, conducted on Monday and Tuesday, found that 47% of adults in the United States felt Trump “should be impeached,” while 40% said he should not.

The result, combined with Reuters/Ipsos polling over the past several weeks, showed that the number of Americans who want to impeach the president increasingly outnumbers those who do not. -Reuters

The problem? Reuters sampled a disproportionate number of Democrats. Buried at the bottom of their report, they disclose:

The Reuters/Ipsos poll was conducted online, in English, throughout the United States. It gathered responses from 1,118 adults, including 528 Democrats, 394 Republicans and 111 independents. It has a credibility interval, a measure of precision, of 3 percentage points.

Moreover, “Only two in 10 [Republicans] said an inquiry would be justified for a president who uses his powers for unfair political advantage over an opponent, as Trump is accused of doing.”

As we noted during the 2016 US election, Reuters/Ipsos wasoversampling Democrats when they found that Hillary Clinton had a giant lead over Donald Trump – using a poll that sampled 44% Democrats and 33% Republicans.

But hey, Adam Schiff needs something to back his claim that support for impeachment has grown “dramatically” over the past two months.

Google whistleblower Zach Vorhies joins The Alex Jones Show Show to break down how the ADL is partnering with Big Tech to censor political dissent in America. 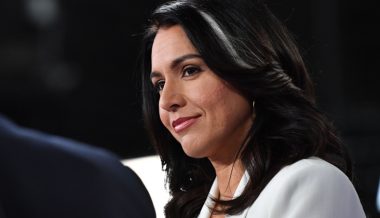 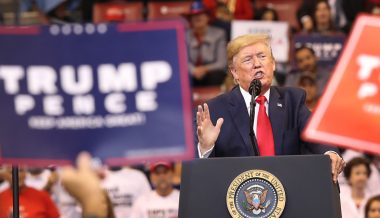