Packers QB Aaron Rodgers called a Chicago-area MVP voter who refused to vote for him because he’s unvaccinated an “absolute bum” during a Wednesday press conference.

On Tuesday, Hub Arkush, one of the 50 people the Associated Press allows to vote for the NFL’s Most Valuable Player Award, went on Chicago radio to say that he thinks Rodgers is a “bad guy” and one of the “biggest jerks in football.”

“I don’t think you can be the biggest jerk in the league and punish your team, and your organization and your fan base the way he did and be the Most Valuable Player,” Arkush said via Pro Football Talk. “

As to Rodgers being unvaccinated, Arkush said, “There’s no guidelines,” Arkush said. “We are told to pick the guy who we think is most valuable to his team. And I don’t think it says anywhere, ‘strictly on the field,’ although I do think he hurt his team on the field by the way he acted off the field. They’re gonna get the No. 1 seed anyway, but what if the difference had come down to the Chiefs game, where he lied about being vaccinated, and they ended up getting beat?”

On Wednesday, Rodgers blasted Arkush, calling him an “absolute bum” for his remarks.

“I think he’s a bum. I think he’s an absolute bum,” Rodgers said. “He doesn’t know me. I don’t know who he is. No one knew who he was, probably, until yesterday’s comments. And I listened to the comments. But to say he had his mind made up in the summertime, in the offseason that I had zero chance of winning MVP — in my opinion, that should exclude [him from] future votes.

Aaron Rodgers just teed off on the NFL MVP voter who said he wouldn’t vote for him because of off field issues. “He’s a bum…His problem is that I’m not vaccinated.” This is great, enjoy: pic.twitter.com/d1t3THdwZB

“His problem isn’t with me being a ‘bad guy’ or ‘the biggest jerk in the league’ — because he doesn’t know me,” Rodgers continued. “He doesn’t know anything about me. I’ve never met him. I’ve never had lunch with him. I’ve never had an interview with him. His problem is I’m not vaccinated. So if he wants to go on a crusade and collude and come up with an extra letter to put on the award just for this season and make it the ‘Most Valuable Vaccinated Player,’ then he should do that.

“But he’s a bum. And I’m not going to waste any time worrying about that stuff. He has no idea who I am. He’s never talked to me in his life. But it’s unfortunate that those sentiments — it’s surprising that he would even say that, to be honest. But I knew this was possible. I talked about it on McAfee weeks ago. But…crazy.” 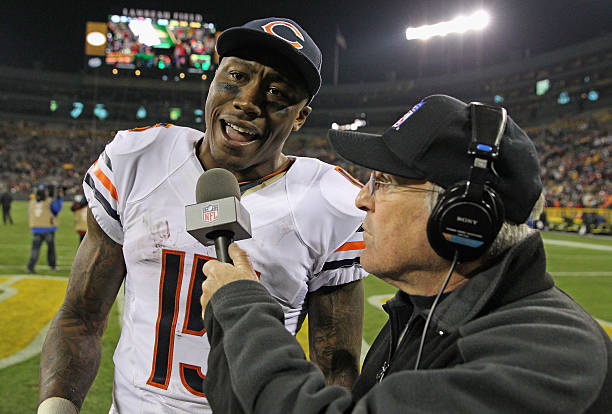 On Wednesday, Arkush took to the airwaves yet again, telling listeners at 670 The Score that he made a “big mistake” in talking about disclosing his voting plans.

The award is for the player who was the most valuable to his team on the field of play. If Arkush can’t wrap his brain around that concept he should hand his voting card over to someone who can.