An Oklahoma judge ruled in August that Johnson & Johnson, one of the largest manufacturers of opioids in the United States, would pay the state of Oklahoma $572 million for its role in exacerbating the opioid crisis.

The decision in Oklahoma represents the first successful lawsuit against a pharmaceutical company for its role in causing and deepening the opioid crisis through its marketing practices.

The judge determined that Johnson & Johnson had deliberately downplayed the harmful effects and touted the benefits of opioids, contributing to the current opioid epidemic in the U.S. that has killed over 400,000 Americans in the past twenty years. In his opinion, Judge Thad Balkman wrote that Johnson & Johnson’s “false, misleading, and dangerous marketing campaigns” had “caused exponentially increasing rates of addiction, overdose deaths.”

Johnson & Johnson owns the company Janssen Pharmaceuticals, which produces and sells fentanyl patches and, according to Oklahoma state attorneys, supplies 60% of the opiate ingredients used to produce prescription opioids. The state attorneys also argued that Janssen Pharmaceuticals created a massive surplus of opioid painkillers and then directed its sales representatives to unload the supply onto doctors in Oklahoma by encouraging them to prescribe painkillers for minor pain issues. The representatives also assured doctors that the beneficial effects of larger doses for longer periods of time far outweighed any risk of addiction. Over 4,000 Oklahomans died of prescription opioid overdoses between 2007 and 2017. (RELATED: There Are Now More Overdose Deaths In Major Cities Than In Rural Areas) 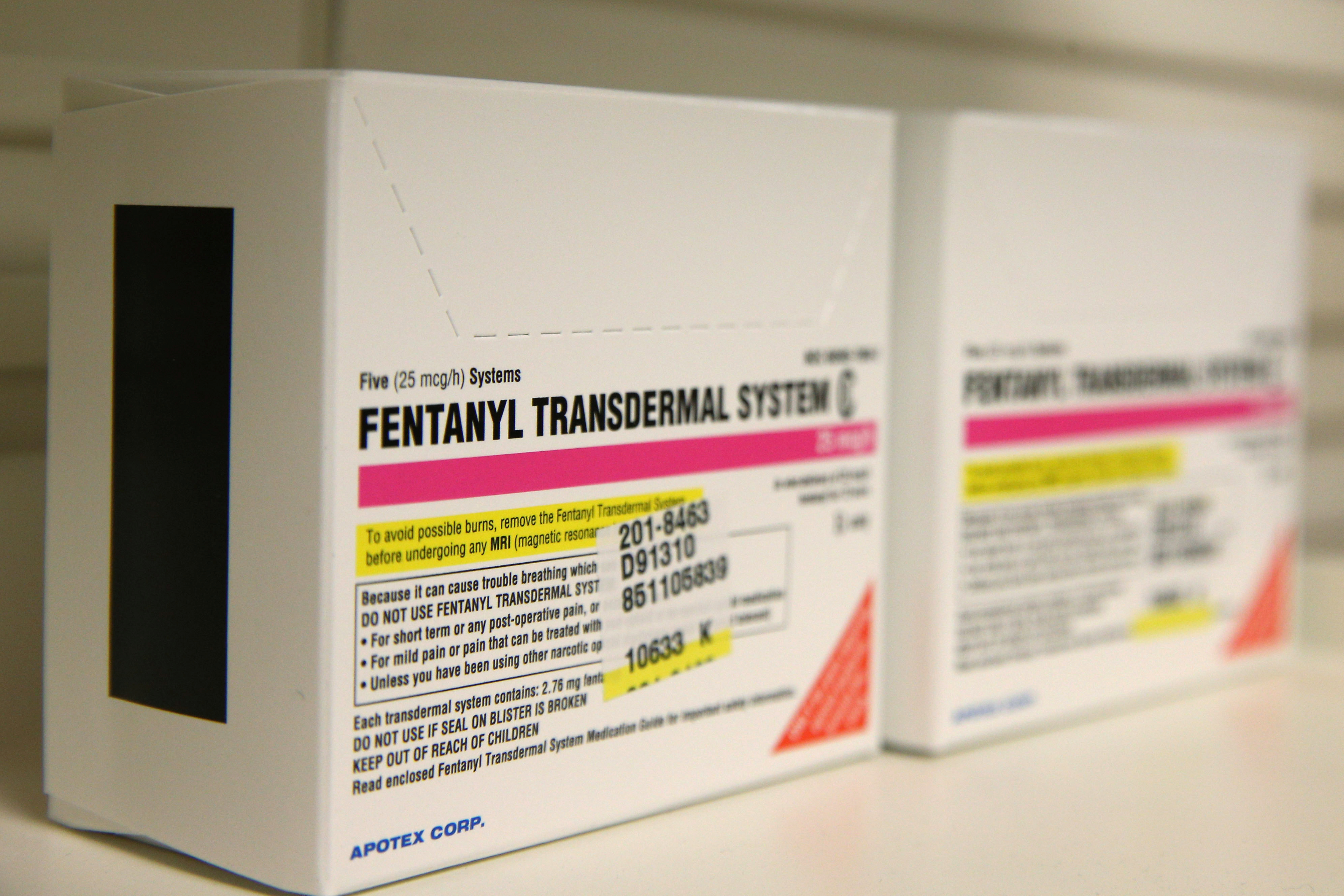 Boxes of Fentanyl Transdermal System made by Apotex Corporation sit on a shelf at a pharmacy, in Provo, Utah on May 9, 2019. REUTERS/GEORGE FREY – RC1CB66D3250

The Oklahoma state attorneys in the Johnson & Johnson case originally demanded $17.5 billion over thirty years in restitution for the company’s role in the opioid crisis, but the presiding judge determined that it was enough for Johnson & Johnson to pay $572 million dollars for only one year because the state did not provide “sufficient evidence” that it required the rest of the money.

The State of Oklahoma’s case originally also included Purdue Pharma, the primary manufacturer of OxyContin and Teva Pharmaceuticals, an Israel-based manufacturer, but Purdue settled with the state for $270 million and Teva settled for $85 million.

According to court documents from a similar case against Purdue Pharma in Massachusetts, the company directed its sales representatives to encourage doctors to prescribe higher doses of OxyContin and keep patients on their prescriptions for longer periods of time. Its sales representatives were given further incentives, large bonuses, to visit as many prescribers as possible. Purdue’s representatives visited over one million opioid prescribers in 2018. These practices were employed even after Purdue was fined $700 million dollars in 2007 for deceiving doctors about the addictiveness of their product. Purdue has sold over $35 billion in OxyContin since 1995. (RELATED: Massachusetts AG Calls Out Powerful Family Behind OxyContin Amid State Lawsuit) 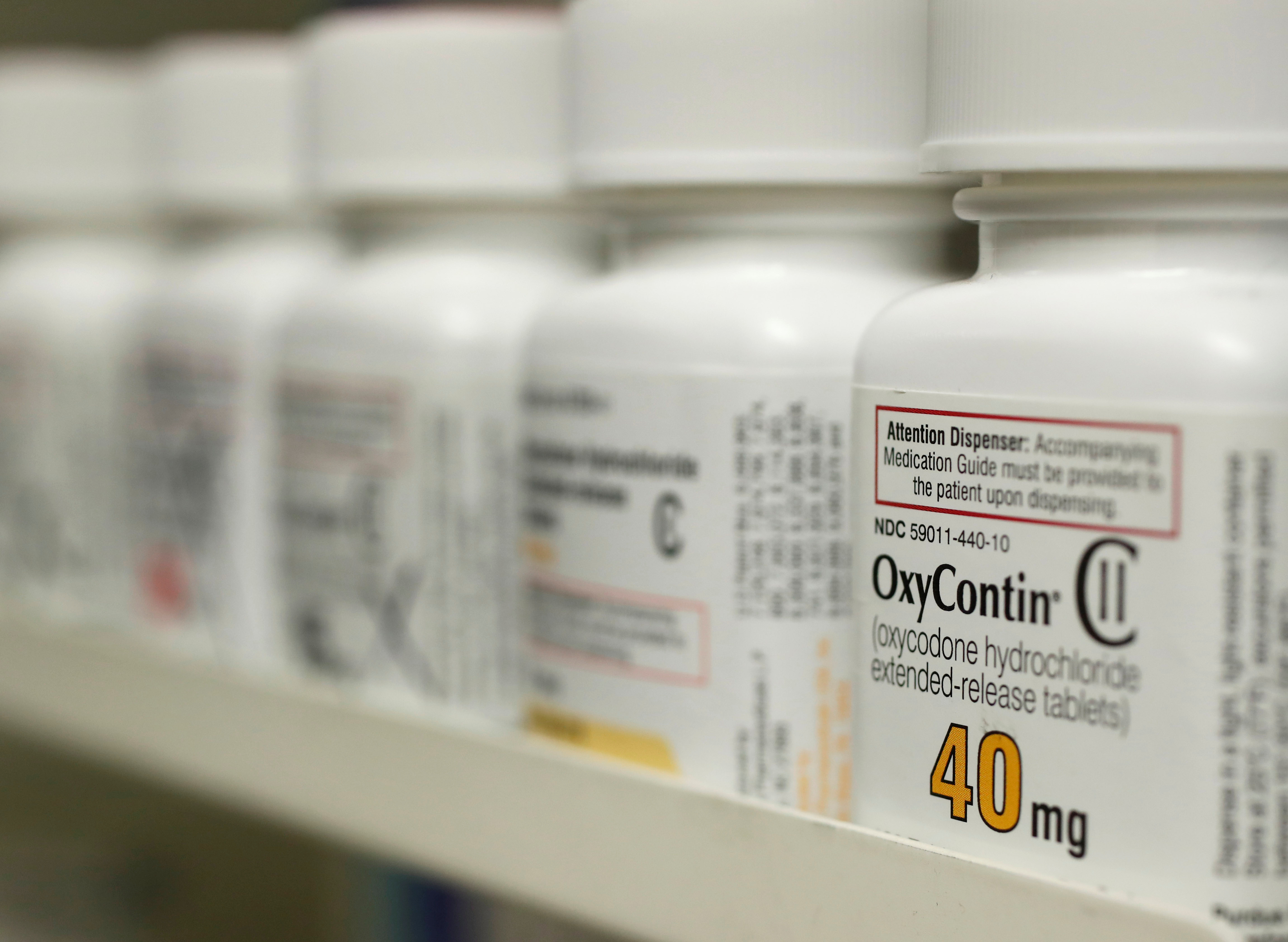 The explosion in painkiller prescriptions that began the current opioid crisis stemmed from the movement within the medical community to add pain as one of the vital signs in the late 1990s. Before the addition, prescription opioids were only prescribed as treatment for post-surgical pain, cancer treatment and end-of-life care.

Johnson & Johnson, and many other pharmaceutical companies, began to market extremely powerful opioids to doctors in order to treat severe headaches and other minor pains.

The Joint Commission, the nation’s largest health care accreditation organization, issued a statement in 2001 that provided many of the talking points used by pharmaceutical companies’ sales representatives to convince doctors to prescribe more opioid painkillers. The Commission’s statement said that “some clinicians incorrectly assume that exposure to an addictive drug usually results in addiction.” It also said, “Common misconceptions about pain: Use of opioids in patients with pain will cause them to become addicted.” (RELATED: Biden Wrote, Sponsored Laws That Made Opioid Epidemic Even More Deadly, Health Experts Say)

The CDC has debunked the Joint Commission’s statement, simply stating, “Taking prescription opioids for longer periods of time or in higher dosages can increase the risk of opioid use disorder (addiction), overdose, and death.” Though the number of prescriptions for opioid painkillers have declined every year since 2012, indicating that prescribers are becoming more cautious about prescribing highly addictive opioids. However, the amount of opioids prescribed per person in 2017 was three times higher than in 1999.

The Johnson and Johnson case is seen as a blueprint for an upcoming federal lawsuit in Ohio brought by over 2,000 cities, counties and Native American tribes scheduled to begin in October.

Purdue Pharma, one of the defendants in the upcoming case, reportedly offered to settle out of court for $10 billion dollars. Purdue also announced that it would file Chapter 11 bankruptcy if the plaintiffs did not take its deal. If Purdue declares bankruptcy, it will be much harder for the plaintiffs to receive restitution.