Note to the reader. This article is highly critical of the CCP on this particular matter. It’s not by any stretch of the imagination an attack against the Chinese nation, its people, or its sovereignty.

China’s Turkish minority [the Uyghurs], most of whom are Muslims, continues to suffer under the yoke of the Communist Party [controlled by billionaire atheists]. Many have been arrested and sent into detention camps in Xinjiang, the North-Western part of the country. For some time critics have accused Beijing of subjecting these people [Chinese citizens] to physical and mental torture. To escape persecution, some have fled to Istanbul. Refugee Gulbahar Djalilova was interviewed by Deutsche Welle in an episode of their Focus Europa documentary… Today she can walk outside with her nephew. A year back, within a Communist Reeducation Camp for the Uyghurs, she couldn’t even dream of such a liberty.

“The day I got arrested, they mentioned by name, my date of birth, and that I’m a terrorist,” she explains, showing a document to the interviewer. Djalilova said they never explained to her why she’s a terrorist. As for life in the camp… “Whoever spoke Uyghur was locked in a dark cell. We also had to praise the Chinese Communist Party in writing. […] Every ten days we received an injection in the arm. We didn’t know what it [the substance] was. But the younger women ceased having menstruation. […] We were obligated to do physical exercise without our clothes on. It didn’t matter if you were 14 or 84 years old. That’s how they humiliated us.” This practice, if true, reminds me of Israel’s treatment of Ethiopian women, who were given birth control shots without proper disclosure.

When Gulbahar was finally released, she fled for Istanbul. Turkey has received around 25,000 Uyghur refugees. The documentary footage shows a primary school in Istanbul, in which children are taught in the Uyghur language. The kids sing, read, and write in their own tongue. Teachers say this would be impossible in China. The Chinese ambassador to Turkey says accusations are unjustified. He claims the Chinese Government did a lot to develop the Xinjiang province and rejects the notion that human rights were violated. Ambassador Deng Li says, “The reeducation centers aren’t prisons. They’re not concentration camps. Some in the media claim otherwise to dramatize the situation. These places are more like boarding schools and the rights of students are respected. […] I’ve got the impression that some journalists only use this story to put the Government’s policy toward Xinjiang in a bad light.”

However, according to the documentary, all Uyghurs from Istanbul tell stories about missing relatives. One of them, Abdurahman Tohuti, hasn’t heard anything back from his wife and kids for three years. They left for China to make a family visit and never returned.

This month, thousands in Istanbul protested against the persecution carried out by the Communist Government against the Uyghurs. Demonstrators claimed to have been inspired by Mesut Ozil. The German football star of Turkish background, Arsenal’s number 10, criticized the Chinese state’s forceful measures against the Uyghur people and also criticized Muslims around the world on social media for staying silent. “Quran books burnt, mosques destroyed, Islamic schools banned, religious scholars killed one after another… Brothers sent in concentration camps,” he wrote in Turkish on Twitter and Instagram. The Arsenal football club distanced itself from the player’s comments, saying they don’t get involved in politics. Arsene Wenger, the club’s former manager, defended the player’s right to express his opinion – as any principled individual must, who puts rights and liberties ahead of profits and state boons and financial privileges [see Shaquille O’Neal’s stance vs that of LeBron James and the NBA]. If we defend the right to free speech only when we like it, while denying it to others, because we don’t like it, we’re in fact serving censorship, not freedom. 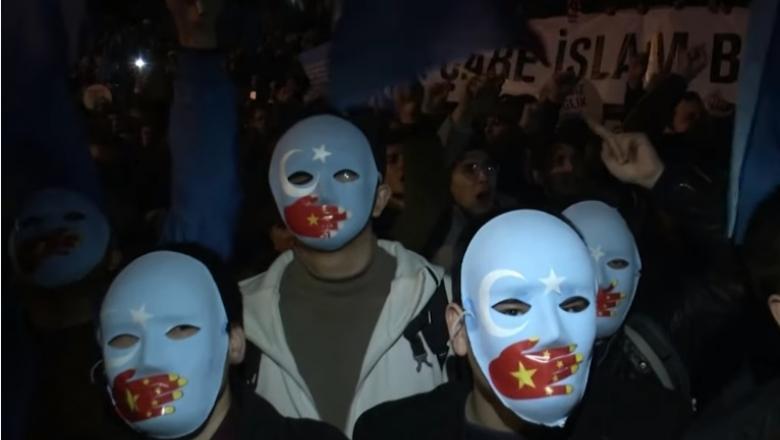 People came out in Istanbul with flags donning the crescent moon against a blue backdrop, the heraldry employed by separatists, and referred to Xinjiang as East Turkestan. Message boards read, “Close down the concentration camps!”, while some protesters torched a Chinese flag. While I oppose separatism, especially on ethnic criteria, it’s easy to see how such sentiments are fueled by the so-called reeducation policies of an inscrutable party leadership that remains unchecked and unwilling to shine light on the situation, let alone change course.

The United Nations estimates that between 1 and 2 million are held in these detention centers under brutal conditions, and subjected to indoctrination. The Chinese authorities insist the Uyghurs are receiving vocational courses as part of a campaign against Islamic extremism. Few Muslim leaders, with the exception of president Recep Tayyip Erdogan, have criticized Beijing’s treatment of the Uyghur population. Turkey’s stance, though, is further motivated by the cultural and linguistic ties shared with the Uyghurs. At a recent summit held in Kuala Lumpur, a question referring to the treatment of the Uyghurs was ignored by the tribune, where the presidents of Iran and Turkey and the Malaysian PM were seated. Thus far, Beijing has been able to keep criticism at bay from Muslim countries and from private [big] corporations by threatening to cut their access to the Chinese market and to Chinese investment. 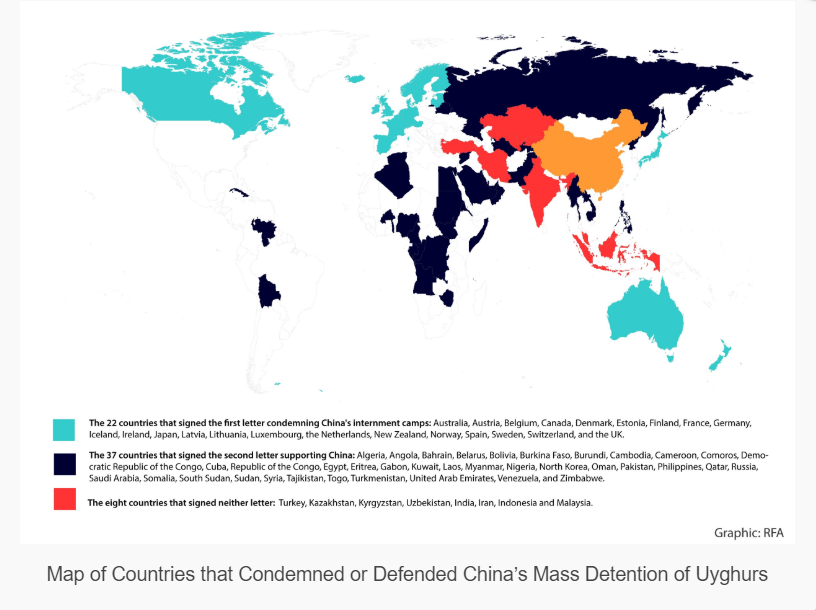 LOCALS EXCLUSIVE: The Hillary Clinton Campaign, the FBI, and the plot against Donald Trump