Instagram is now ‘fact-checking’ and removing memes, including one that sought to make fun out of climate activist Greta Thunberg’s hypocrisy.

Back in May, Instagram announced that it would begin “fact checking” and removing memes.

The Facebook-owned platform said it would rely on 52 global “fact checking partners” to censor “false photos and memes on its platform,” according to Poynter.

This was no idle threat, with Instagram now ‘fact checking’ and censoring embarrassing memes about climate change activist Greta Thunberg.

One of the memes shows Greta enjoying a meal on a train while hungry African children watch from outside the window. 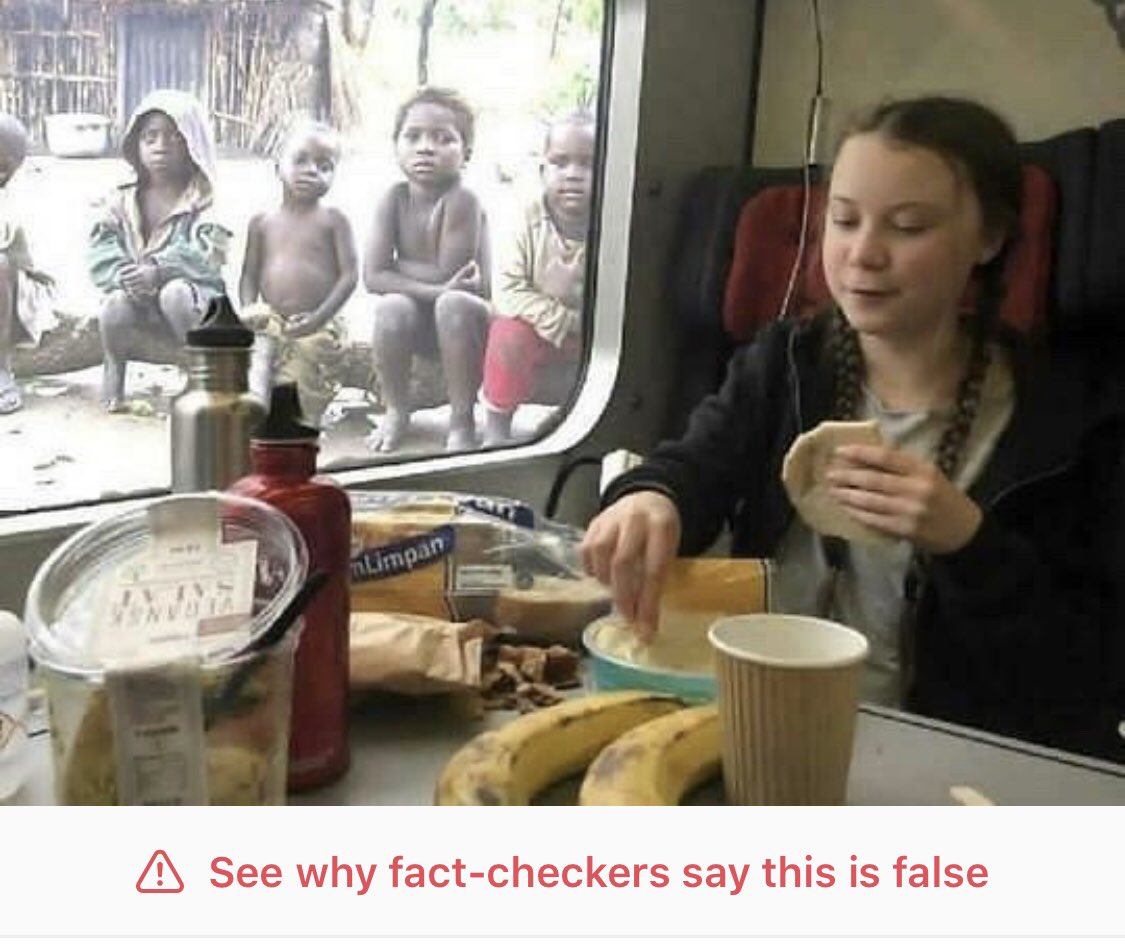 The image is blatantly meant to be satirical, but Instagram slapped a large message on the meme saying “Independent Fact-Checkers Say This is False.” 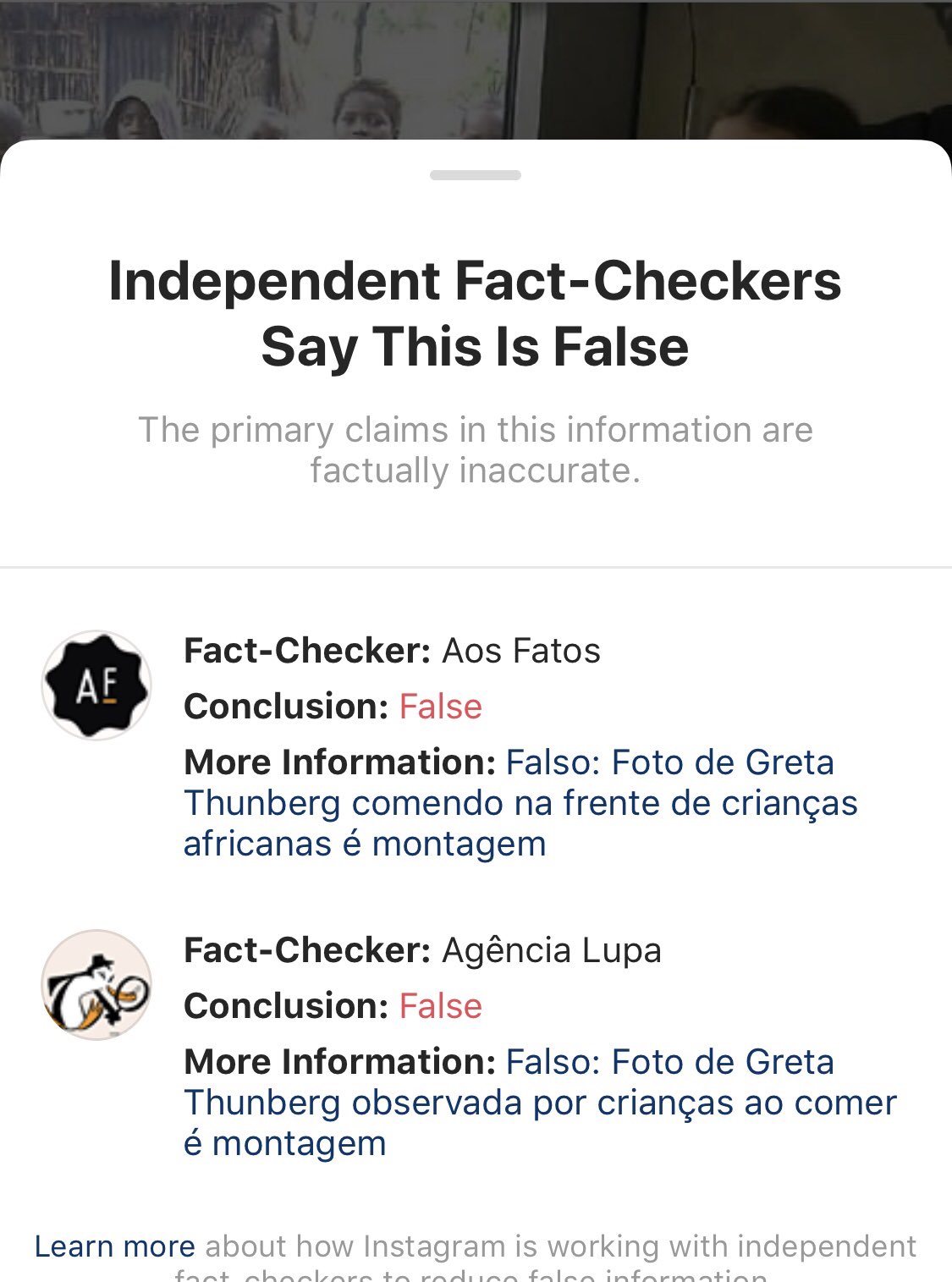 Another meme which isn’t even political was also removed.

It shows someone trying to remove a tire’s valve stem and is accompanied by the text “Stop the government from tracking your car. Remove the RFID chip from the factory by snipping off this tube.” 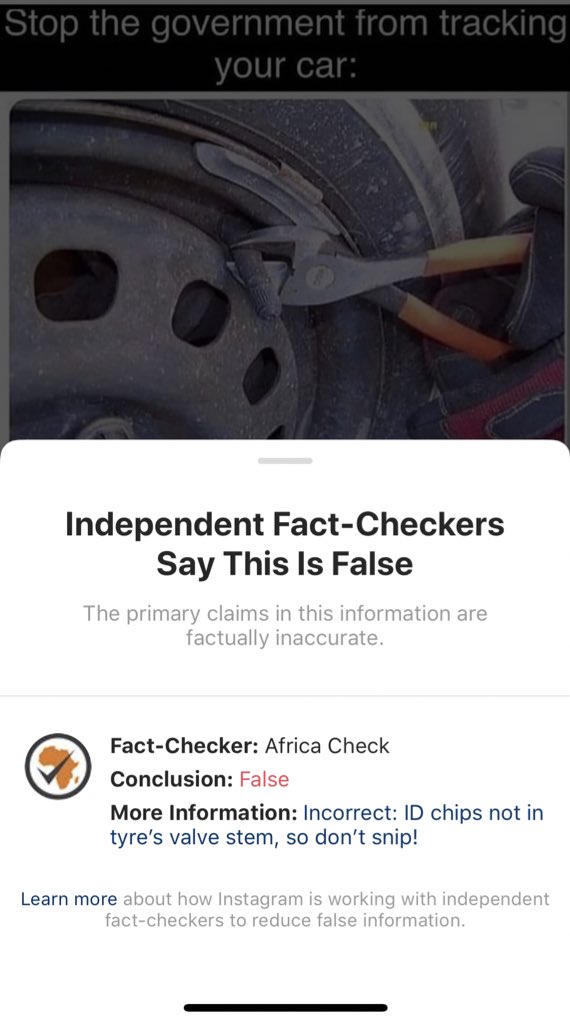 “Incorrect: ID chips not in tire’s valve stem, so don’t snip!” reads the ‘fact-check’ from a group called Africa Check.

Earlier this year, we highlighted how Instagram was set to begin removing photos of people displaying the ‘OK’ hand sign and possibly banning users who do so under the company’s new hate speech rules.

The social media giant is also blurring out images of women at gun ranges, saying the photos violate “violence or dangerous organization guidelines.”

As the video below documents, studies show memes played a massive role in helping Donald Trump win the 2016 election.

The media is now even ‘fact-checking’ blatantly humorous images tweeted by President Trump, such as the dog that killed ISIS leader Abu Bakr al-Baghdadi being awarded a medal, accusing Trump of “doctoring” them. 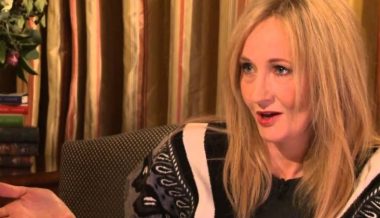