In the aftermath of Iran’s missile attack, the truth lies in a flaming pile of propaganda.

It’s very difficult to trust anything ABC News broadcasts after a military gun demonstration from West Point Kentucky was used to propagandize a Turkish attack against Kurds in Syria. But ABC News claims that Iran launched between 20 and 24 ballistic missiles at two military facilities in Iraq that house U.S. troops, according to a U.S. official. There were no American casualties contrary to MSNBC’s blatant propaganda, as they ratcheted up the Iranian News Agency propaganda panic from Tehran.

The Iranian missile attack was nothing short of an expensive firework show paid for by the U.S. taxpayer due to Obama’s $150 billion payout to the country that only increased their chants of “Death To America.”

Iran’s show of force quickly became a spectacle of fear and incompetence due to the removal of the head of the snake Soleimani. As the WW3 propaganda railed on, there was an earthquake – and not just any earthquake.

As the New York Times reported:

“A 4.5-magnitude earthquake struck southern Iran at a depth of about six miles, the United States Geological Survey reported, in the same region as the troubled Bushehr nuclear power plant…The plant, which is monitored by the International Atomic Energy Agency, has long been seen as a safety concern by Western countries. It has been plagued by construction delays and technical problems, and is on an active fault line. Experts have feared that could lead to an accident on the scale of the Fukushima disaster in Japan, or even Chernobyl.”

A few hours after Iran’s missile extravaganza word of the U.S. Air Force deploying six B-52 bombers to Diego Garcia, an island base in the Indian Ocean began surfacing. Iran must have been ready to shoot anything that moved. And apparently that is what happened. As BBC News reports, “…the timing of the crash suggests the plane may have been mistaken for a US warplane as Iran prepared for possible US retaliation for the strikes.”

And so after days of denial, the Iranians finally fessed up to the incident confirming they unintentionally shot down the Ukrainian airliner. As the Wall Street Journal reports, “Iranian officials [since] have invited investigators from Boeing, the U.S., Ukraine, France and Canada to probe the causes of Wednesday’s crash, which killed all 176 people on board shortly after the jet took off from Tehran, including a number of Canadians.”

It appears the Iranians folded their hand after Canadian and U.S. Intelligence revealed satellite footage of the missile launch that destroyed the passenger plane. 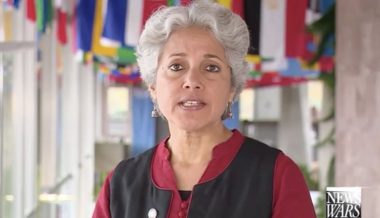 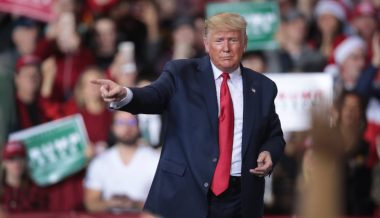