Non-resident foreigners will no longer be allowed entry to Israel as the number of confirmed coronavirus cases in the country jumped 40 percent in 24 hours, and some areas, including Jerusalem, prepare for total lockdown.

Israel announced the blanket ban on foreign nationals on Wednesday, with an exception for non-citizen residents. The country now has 427 confirmed cases of coronavirus, according to medical authorities.

With mass testing about to be rolled out, case numbers will likely rocket up further, Health Ministry Director-General Moshe Bar Siman-Tov told Israeli Army Radio, warning “we will reach a situation in which there are many hundreds of new patients every day, and possibly more.” PM Benjamin Netanyahu has pledged to conduct at least 3,000 coronavirus tests per day, calling on Israelis to play their part by staying home – and submitting to unprecedented levels of cyber-monitoring using technology supposedly developed to fight terrorism.

The Palestinian Authority is also tightening movement controls in the West Bank, which has 44 confirmed coronavirus cases. No further movement into or out of Bethlehem will be permitted, and residents of the city and two nearby towns have been ordered to remain indoors, aside from medical personnel, PM Mohammad Shtayyeh announced on Wednesday. Palestinians working in Israeli West Bank settlements are no longer permitted to do so.

No cases have been detected in Gaza, and no deaths have been recorded from Covid-19 in either Israel or Palestine.

Israel is not just cracking down on movement into and out of the country. Jerusalem Mayor Moshe Lion told the Jerusalem Post that a total lockdown will likely be announced within the next two days, but admitted he didn’t fully understand what that would entail, pointing out that it was all but impossible to “close the city completely so that no one leaves and no one comes.”

The city has sealed off all Palestinian crossings, and demolitions of Palestinian homes have reportedly not slowed, despite the coronavirus pandemic. At least nine Palestinians were arrested in dawn raids on Wednesday in Jerusalem, Ramallah, and Qalqilya, according to local media.

Have the tests been tested? Can they work in a drive-thru situation? What’s the danger of a false-positive or false-negative? Jon Rappoport reveals the disinformation and gaslighting of the population. 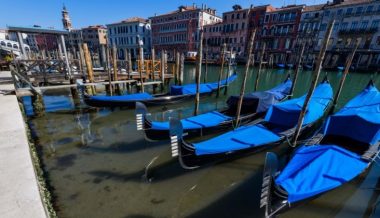 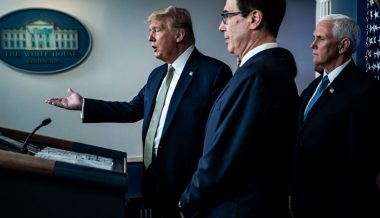