Italy is facing more political turmoil after Prime Minister Giuseppe Conte resigned Tuesday, at a time when the country faces a severe health and economic crisis. Italy has been embroiled in political uncertainty over the past three weeks after a small party, Italia Viva, decided to exit the coalition government led by Conte. 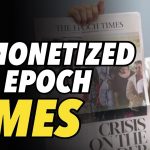 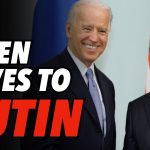 “CTA Selling Of Bonds Has Gotten So Relentless It Looks A...

Will “Go Crazy” Drive The Bear Out Of Hibernation?