Maryland Democratic Rep. Jamie Raskin released a letter on behalf of anonymous Capitol Police officers Wednesday expressing “profound disappointment” in Republican leadership’s stated opposition to the creation of a bipartisan commission to investigate the Jan. 6 attack on the Capitol.

“It is inconceivable that some of the Members we protect, would downplay the events of January 6th,” the letter reads. “Member safety was dependent upon the heroic actions of the USCP.”

While the letter was written on Capitol Police letterhead, the department said it did not endorse the letter, saying that it “had no way of confirming it was even authored by USCP personnel” and that it “does NOT take positions on legislation.”

In a separate statement, a spokeswoman for Raskin said that he had “been in discussion with several rank-and-file Capitol Police officers” and that the letter was from “unnamed officers … about their profound disappointment in the current state of politics.”

The letter represented 40-50 officers out of the department’s 2,300 total force, according to CNN.

House Minority Leader Kevin McCarthy and Senate Minority Leader Mitch McConnell both came out against the bipartisan commission ahead of Wednesday’s vote, calling it “shortsighted” and “slanted.”

“Given the political misdirections that have marred this process … and given the Speaker’s shortsighted scope that does not examine interrelated forms of political violence in America, I cannot support this legislation,” McCarthy said Tuesday. (RELATED: Lawmakers Strike Bipartisan Deal To Create Capitol Riot Commission) 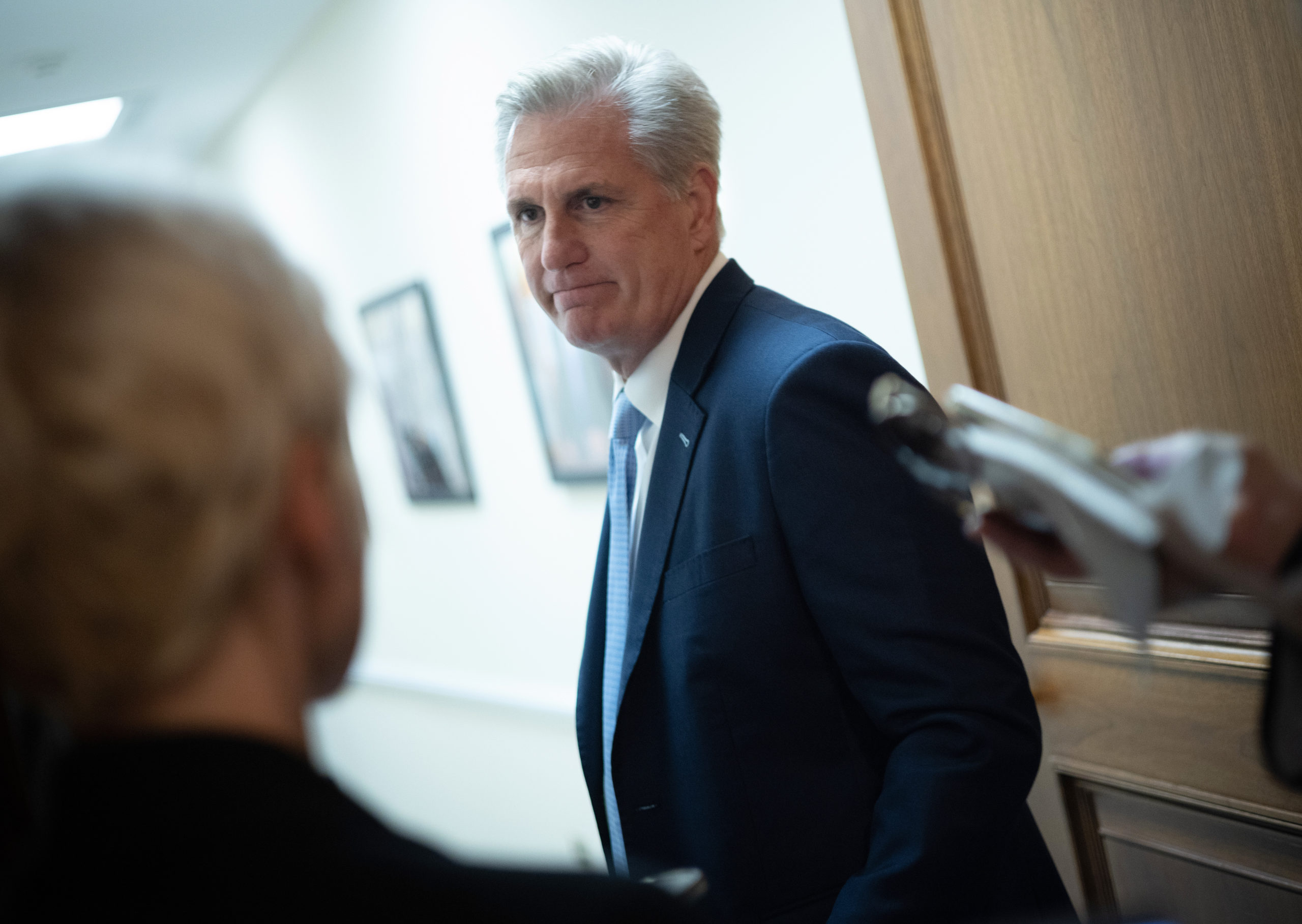 House Minority Leader Kevin McCarthy speaks before a vote on the establishment of a commission to investigate the events of January 6 on May 19, 2021. (Win McNamee/Getty Images)

“I’ve made the decision to oppose the House Democrats’ slanted and unbalanced proposal for another commission to study the events of January the 6th,” McConnell said Wednesday on the Senate floor, breaking from earlier comments that suggested he was open to the bill. “There is … no shortage of robust investigations by two separate branches of federal government. It’s not all clear what new facts our additional investigation, yet another commission, could actually lay on top of existing efforts by law enforcement and Congress.”

The letter notes the immediate damage the rioters left behind, describing how physical assault serves as a “daily reminder of what happened that dreadful day.”

“On Jan 6th where some officers served their last day in US Capitol Police uniform, and not by choice,” the letter adds. “We would hope that Members whom we took an oath to protect, would at the very minimum support an investigation to get to the bottom of EVERYONE responsible.”

The letter’s release came just minutes before the House of Representatives concluded debate and began to vote on the proposed bill.

Tuesday Evening Dispatch: Is It The End For Andrew Cuomo?