Rep. Jim Jordan (R-OH) formally replied on Sunday to the January 6 select committee’s request to meet with him as part of its investigation, denouncing the request as “outside the bounds of any legitimate inquiry.”

Jordan gave his reply in a letter obtained by Breitbart News and addressed to committee chair Rep. Bennie Thompson (D-MS) after weeks of reviewing the committee’s request, which was made December 22.

“This request is far outside the bounds of any legitimate inquiry, violates core Constitutional principles, and would serve to further erode legislative norms,” Jordan wrote.

Read a copy of the letter below:

The January 6 committee, created by House Speaker Nancy Pelosi (D-CA), has targeted former President Donald Trump and his allies as it investigates the “facts, circumstances, and causes” of the riot that occurred January 6 at the U.S. Capitol, and the committee members have been vocal in their belief that Trump and those in his orbit are to blame for provoking the incident.

The committee has gone so far as to issue dozens of subpoenas to allies of Trump, but it has not subpoenaed members of Congress. The closest it has come to such a move is to send official letters to both Jordan and Rep. Scott Perry (R-PA), the chair of the House Freedom Caucus, to request meetings with the pair.

In its letter to Jordan, the committee requested the Ohio Republican’s “voluntary cooperation” with the investigation, stating it knew of “at least one and possibly multiple communications” Jordan had with Trump on the day of the riot.

Jordan has consistently maintained he has “nothing to hide” regarding January 6, and his response to the committee also says as much.

“I have no relevant information that would assist the Select Committee in advancing any legitimate legislative purpose,” Jordan wrote.

“I cannot speak to Speaker Pelosi’s failure to ensure the appropriate security posture at the Capitol complex in advance of well-publicized protests on January 6, 2021,” he added, zoning in on a point he and his Republican colleagues have been making that they believe Pelosi shares blame for the riot, considering elements of Capitol security ultimately fall under her purview.

Jordan has also condemned the committee overall as a “partisan political charade” after Pelosi denied both Jordan and Rep. Jim Banks (R-IN) a seat on the committee, a move that prompted House Minority Leader Kevin McCarthy (R-CA) to withdraw his participation from it. The originally proposed 13-member committee is now nine members, seven Democrats and two fervent Never Trump Republicans. 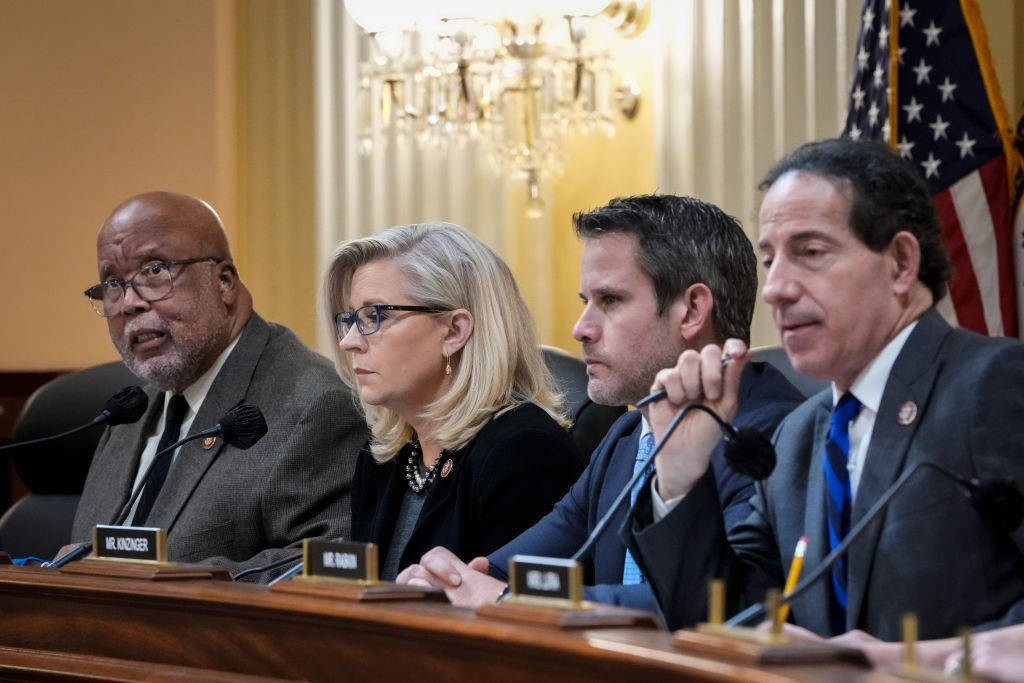 “Democrats violated the most fundamental and longstanding safeguard for fairness in House proceedings in standing up the Select Committee,” Jordan wrote of her rejections of him and Banks.

Thompson, who wrote the committee’s meeting request to Jordan, had proposed the meeting happen January 3 or 4 or the week of January 10, but Thompson did not specify a hard deadline for Jordan to respond, and in Jordan’s reply letter, the congressman did not explicitly provide an answer to the meeting request.

Perry, for his part, outright rejected the committee’s request on December 21, immediately after the committee contacted him.

Thompson indicated a week ago during an appearance on NBC’s Meet the Press that he is exploring whether the committee can legally subpoena sitting members of Congress. “I think there are some questions of whether we have the authority to do it,” Thompson said. “We’re looking at it. If the authorities are there, there’ll be no reluctance on our part.”

Breitbart News has reached out to Thompson’s office for comment on if and how he plans to respond to Jordan’s response to the committee.