“In 2016 I voted for Trump over Hillary Clinton,” Bolton told the The Daily Telegraph as reported by Axios on Sunday. “Now, having seen this president up close, I cannot do this again. My concern is for the country, and he does not represent the Republican cause that I want to back.”

“When you are in a senior position you have an obligation to tell the truth. I was concerned after 17 months in the administration that he did not have the requisite competence to be president, and the American people need to know about that,” he continued. 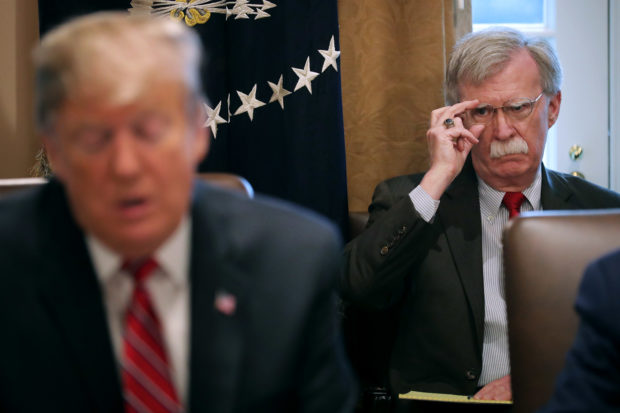 Although initial reports suggested that Bolton would vote for former Vice President Joe Biden, he now reportedly plans to “write in the name of a conservative Republican” instead.

Per @AmbJohnBolton Bolton spox: He will write in the name of a conservative Republican and will not vote for @realDonaldTrump or @JoeBiden https://t.co/zNv570OsVm

Bolton’s upcoming book, “The Room Where It Happened,” is filled with criticisms of the president and questions his overall fitness for office. One claim alleges that Trump makes every decision based on how it will affect his reelection chances.

However, former National Security Council Chief of Staff Fred Fleitz in a media appearance last week recalled Bolton’s “turning point” in his views about the president as something that, to him, “disproves the whole book.”

Fleitz called Trump’s decision not to attack Iran after a U.S. drone was shot down because of the potential for casualties a “principled decision” not made to simply win votes.

“This wasn’t to promote the president domestically,” Fleitz told Fox News anchor Martha MacCallum. “It reflected the president’s principle not to get America into additional wars. And it was an act of leadership, because he bucked all of his national security advisors, Pompeo, the secretary of defense, so when we hear that the president does not have principles, he’s not qualified to lead, this incident that Bolton puts forward as the turning point for his relationship with President Trump in my mind it disproves the whole book.” (RELATED: Former Bolton Chief Of Staff Explains The ‘Turning Point’ That ‘Disproves The Whole Book’)

Former U.S. Ambassador to Germany Richard Grenell, who also worked under Bolton for a time, accused him of essentially making up much of the book’s contents.

Sarkozy sentenced to prison, but no time will be served in...