Castro had just made his pitch to Iowans at the Des Moines Register “political soapbox,” emphasizing his plans for new government programs; for re-joining the Paris Climate Accords; and for passing legislation guaranteeing equal rights for gay, lesbian, bisexual, and transgender Americans.

He faced a tough question from one voter, who asked: “Why aren’t you in El Paso with Beto O’Rourke?” (Former Rep. O’Rourke skipped the Iowa State Fair to assist victims of last weekend’s shooting in El Paso, his hometown. Castro’s answer: he is not from El Paso and did not want to be seen as politicizing the tragedy for the campaign.) 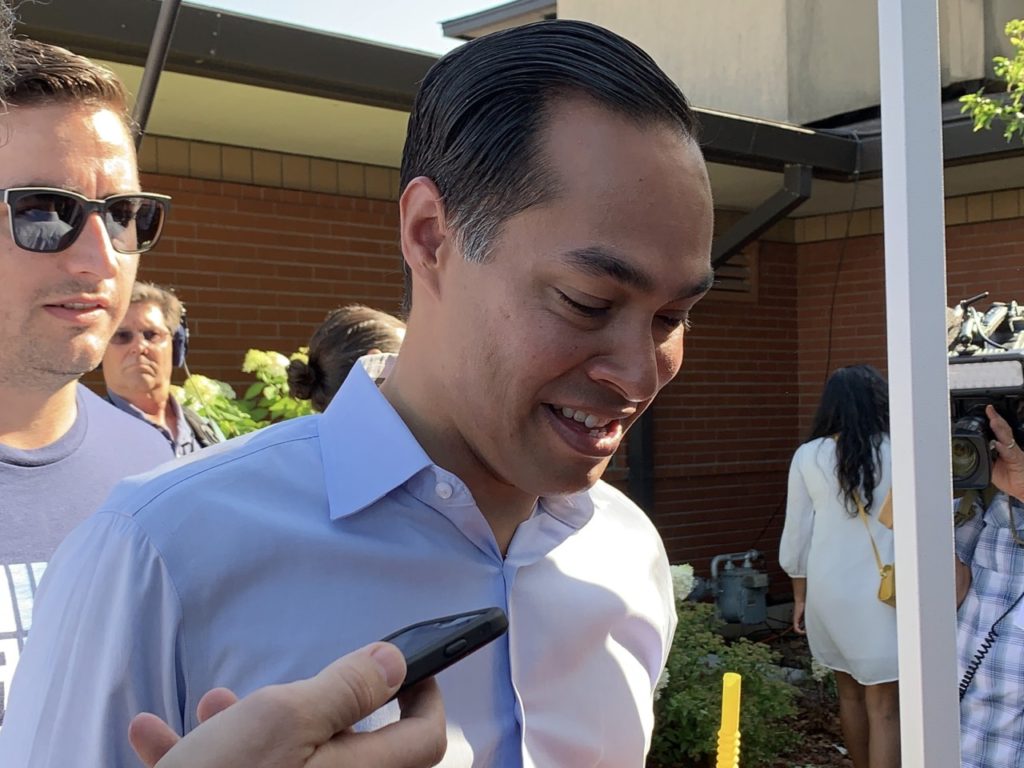 In a press gaggle that followed, Castro faced questions from a reporter who asked him why his brother, Rep. Joaquin Castro (D-TX), had posted the names of “maximum donors to Donald Trump” in his San Antonio congressional district. Several critics — including Democrats — accused Castro of inviting the harassment of these donors.

“It doesn’t matter where somebody’s coming from, whether the right or the left. It’s not okay for people to harass other people. Nobody ever said that it was,” Castro said.

Castro and the reporter then had the following exchange:

Reporter: But he singled them out —

Castro: What he did is not “doxing.” Anybody who understand what doxxing is know that — he did not do that, all right? What he did was he put forward publicly available information that was already out there. The right wing want to make this a story because they want to pretend like in some way that’s equivalent to the hate or the division that Donald Trump is fostering in this country. It is not. I guess what Donald Trump wants is he wants these donors to be secret. He doesn’t want you to know who’s donating to him.

Reporter: Do you know that they’re donating to you, too?

In 2012, Barack Obama’s re-election campaign posted a list of top donors to Republican nominee Mitt Romney. Some of them, such as Frank Vandersloot, later found themselves subjected to government investigations and even private snooping.

Joel B. Pollak is Senior Editor-at-Large at Breitbart News. He earned an A.B. in Social Studies and Environmental Science and Public Policy from Harvard College, and a J.D. from Harvard Law School. He is a winner of the 2018 Robert Novak Journalism Alumni Fellowship. He is also the co-author of How Trump Won: The Inside Story of a Revolution, which is available from Regnery. Follow him on Twitter at @joelpollak.