Kate Middleton truly turned heads Wednesday when she stepped out in a pretty hot-pink dress during a reception on the royal’s second day in Ireland. 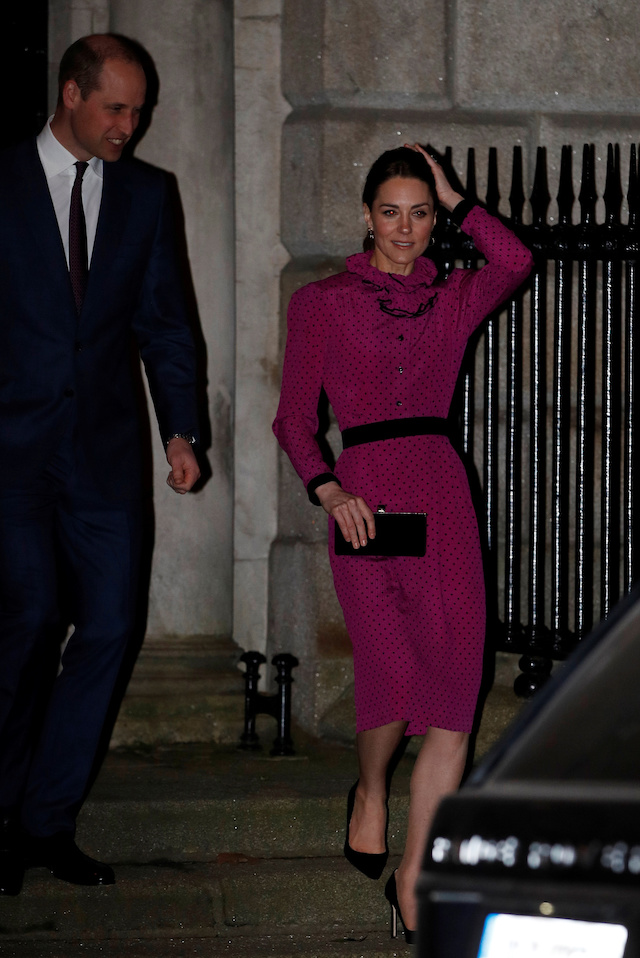 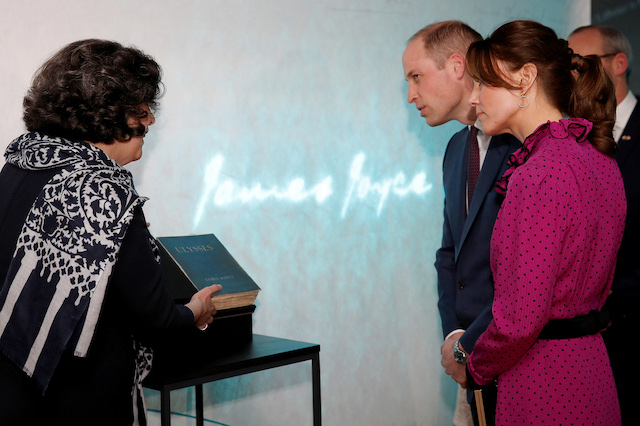 The Duchess of Cambridge looked just as stunning as ever in the long-sleeve, pink and black polka dot number that went down to her knees as she joined the Duke of Cambridge at a reception held by Irish Tanaiste (Deputy Prime Minister) Simon Coveney in Dublin. (RELATED: Report: Meghan Markle And Kate Middleton’s Alleged Feud Really Between Prince Harry And Prince William) 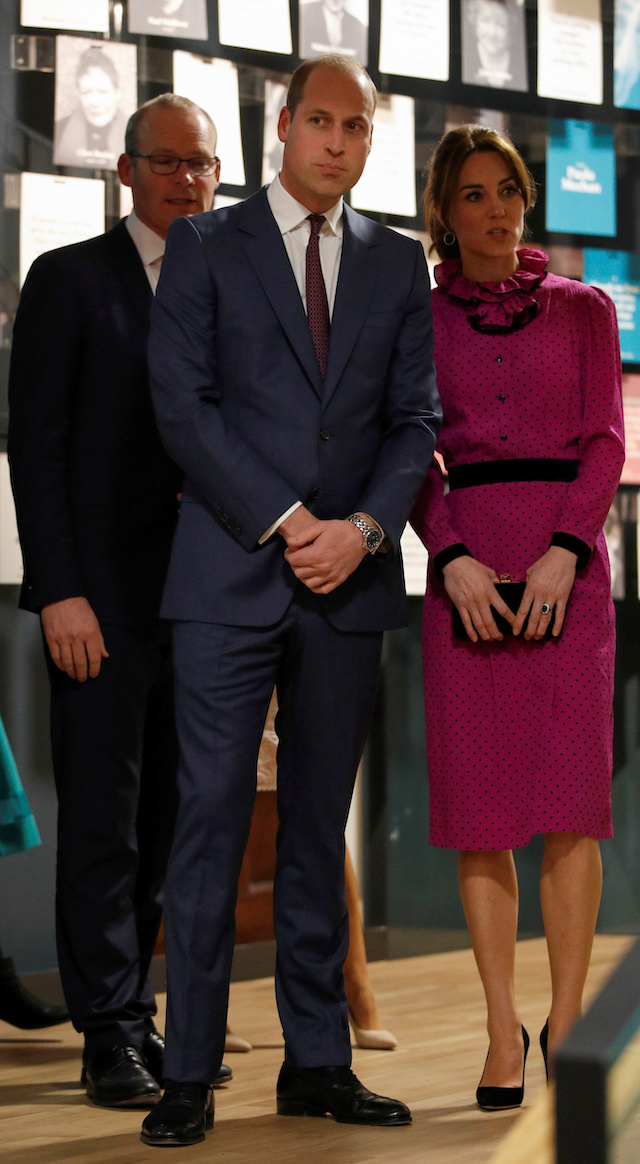 She completed the great look with her hair pulled black, a black belt, black high heels and a matching clutch. 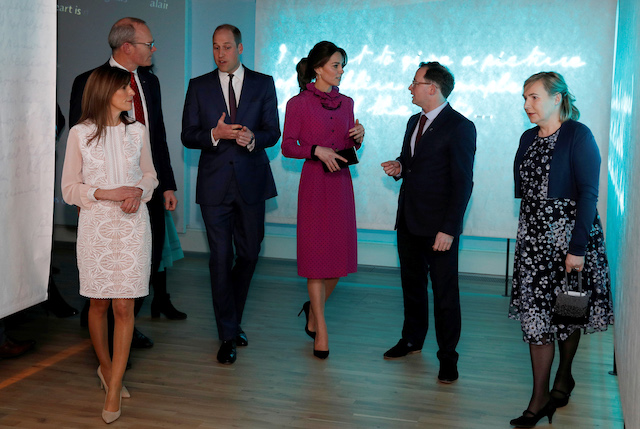 On Tuesday, Middleton wowed when she showed up in a jaw-dropping emerald-green sparkling dress for a reception at the Guinness Storehouse in Dublin, Ireland, on the first day of the trip. (RELATED: Celebrate Melania’s Birthday With Her Greatest Looks As First Lady [SLIDESHOW]) 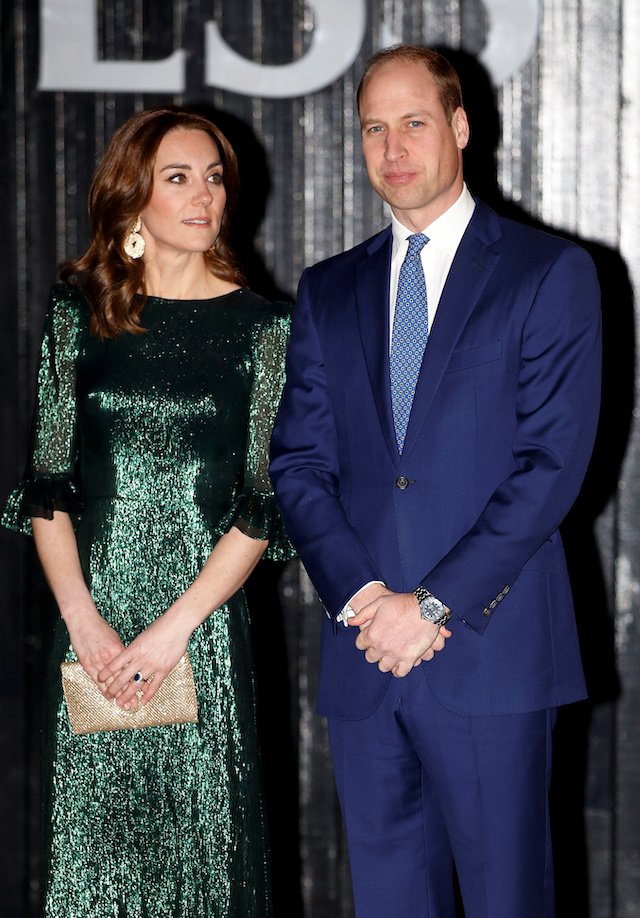 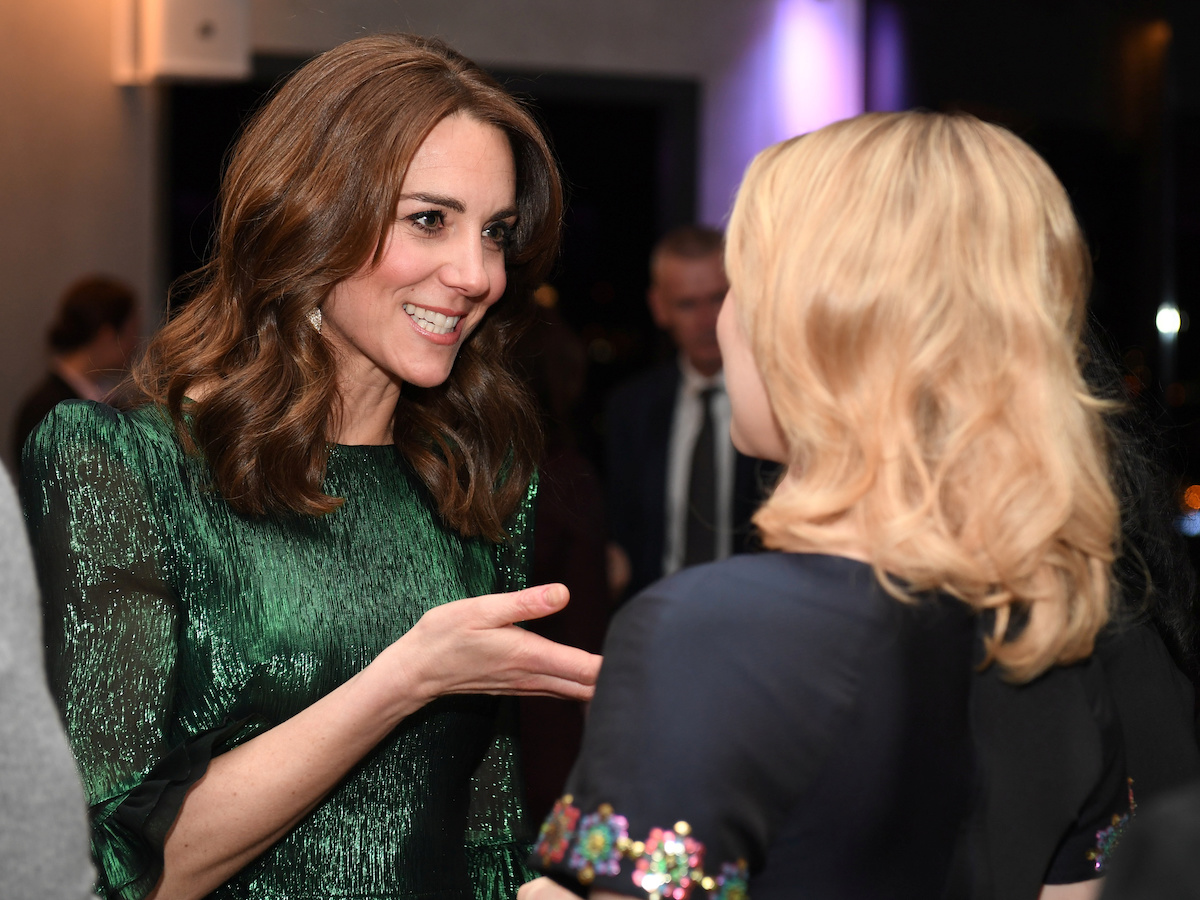 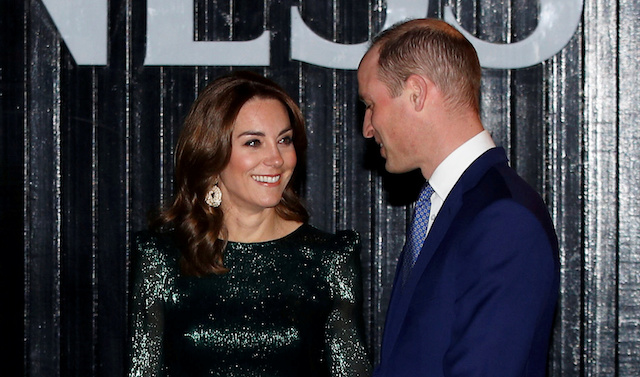 “The Duke and Duchess of Cambridge met representatives from Irish sport, film and television, business, charity and education sectors and of course, sampled pints of Guinness @homeofguinness #RoyalVisitIreland,” a tweet from the British Embassy read, along with a several photos from the evening’s event.

The Duke and Duchess of Cambridge met representatives from Irish sport, film and television, business, charity and education sectors and of course, sampled pints of Guinness @homeofguinness #RoyalVisitIreland pic.twitter.com/mfFomld9Qa 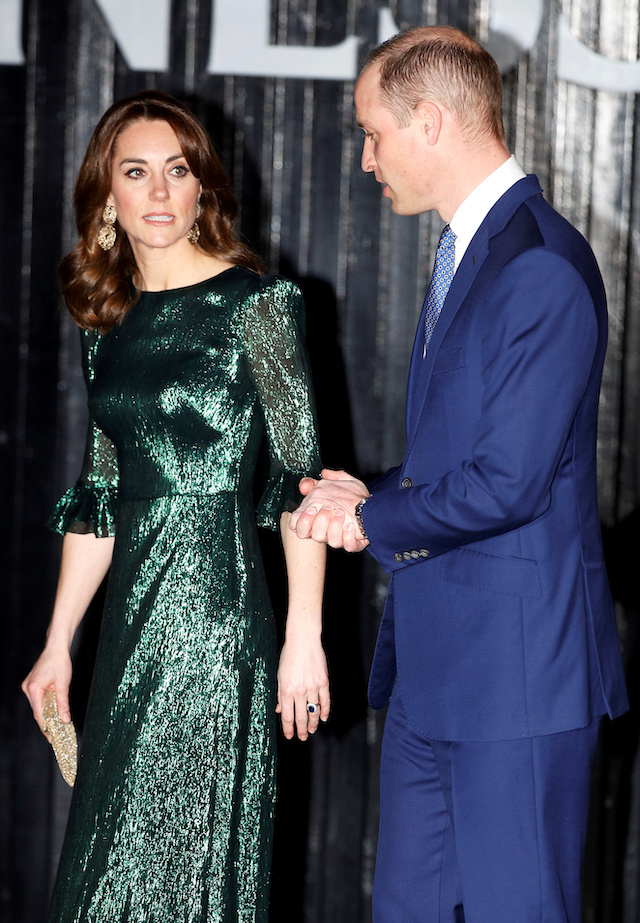 To say she looked perfect would be a serious understatement. 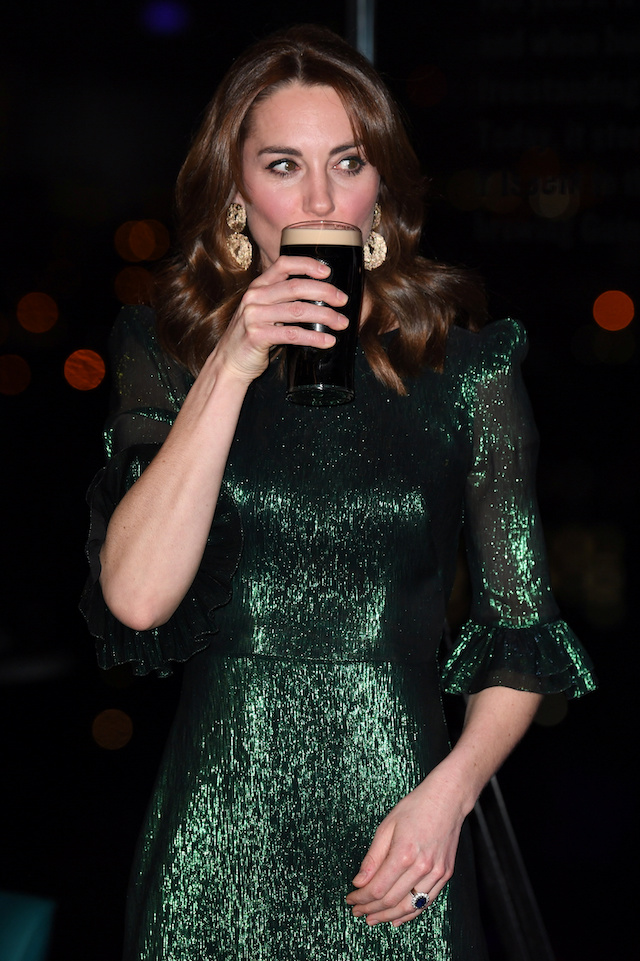 Middleton’s fashion sense is always on point as has been noted before. Check out some of her other unforgettable looks throughout the year’s here.