Ahead of his much-anticipated trip to India, US President Donald Trump surprised his Twitter followers with an epic video edit of himself riding a horse and battling hordes of enemies to Bollywood tunes.

Sharing a video which was apparently created by one of his hardcore fans, the president said he looks “so forward to being with my great friends in INDIA!”

Look so forward to being with my great friends in INDIA! https://t.co/1jdk3AW6fG

The meme triggered an avalanche of equally passionate reactions from both Trump supporters – including his fans in India – as well as his critics, always ready to post a counter-meme.

A recent poll showed that approval toward the US president among Indians has jumped from 14 to 56 percent since he took office in 2016, though many are increasingly skeptical about his aggressive approach to trade.

India has high hopes for Trump’s visit, and local authorities have been doing their best to make a good impression. These elaborate preparations have not gone down well with everyone in India, however. One Hindu party earlier lashed out at the government’s plans to hide a slum area behind a wall along the route Trump’s motorcade will take, and even likened the arrangements to those made for British royals during colonial times.

Max Keiser reports from the Infowars studios exposing the meme warfare tactics of the Bloomberg campaign. 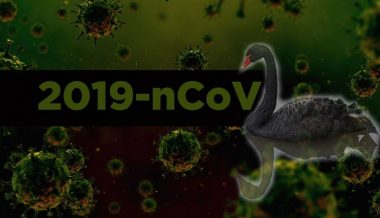