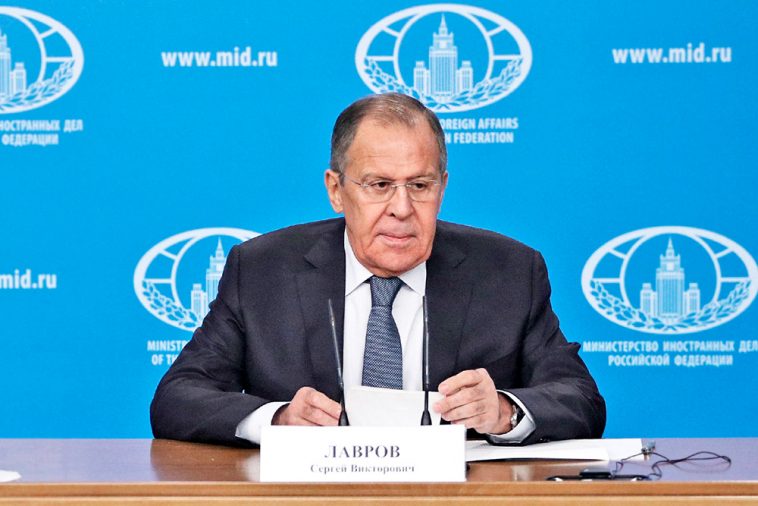 The Russian Foreign Minister “Sergey Lavrov” affirmed Moscow’s stand to work within an expanded way on the settlement in Syria, on the condition that all its parties adhere to resolution 2254 of the UN Security Council.

Lavrov explained that the aim of the proposal of the international envoy Geir Pedersen to involve other parties in the Syrian settlement process, including the US and the European Union, is to bring together the parties to the Astana track and the small group on Syria, in which the most prominent western countries and 3 Arab countries participate.

Lavrov indicated that Russia is ready to search for ways to create external conditions that will allow the Syrians themselves to decide their fate based on the Security Council Resolution 2254, calling on the UN envoy to present his proposals in theory.

Lavrov stressed adherence to the principles of Resolution 2254, including the imperative of granting the Syrians the ability to reach an agreement between them, far from any outside interference in their affairs, and the necessity to prevent any attempts to put Syria’s territorial integrity at risk and tolerate separatist tendencies.

Lavrov pointed out that he doesn’t have evidence that the parties of the small group whom Pedersen wants to involve in the settlement process are adhering to the same principles.

Lavrov also expressed his confidence that the Secretary-General’s envoy will announce as soon as possible the date of the next session, noting that this could happen late this month and early next month.

The statements of the Russian Foreign Minister come to reaffirm the need to reach a political solution to end the Syrian war, which has entered its 10th year, as those statements also coincided with similar statements by the Russian Defense Minister Sergey Shoigu, who said that there is hope in the administration of the new American president Joe Biden, which has moved from the stage of unattainable demands to the stage of constructive dialogue.

HE WHO CONTROLS THE PAST: Biden wants to erase America’s history...