Leftists are staging a “die-in” to protest against the opening of Canada’s first Chick-fil-A, with one demonstrator drawing attention to the “oppressed bodies of the chickens.”

Animal rights and LGBT activists have gathered outside the company’s store in Toronto to ‘unite against hate’.

Imagine being this mad about a piece of chicken between two pieces of bread? pic.twitter.com/yASbrPeico

“Hey hey, Ho-ho, homophobia’s got to go!” they chanted.

The sight of a customer in a MAGA hat also caused multiple nervous breakdowns.

To the folks wearing #MAGA hats in line at @ChickfilA in Toronto, all you’re doing is proving how hateful you are. pic.twitter.com/CmVj3LSGpJ

The demonstrations haven’t deterred customers, who joined a long line outside the fast food restaurant to get their hands on a tasty chicken sandwich.

The store has said it won’t close its doors and will remain open throughout the rest of today and Saturday.

LGBT activists are upset at Chick-fil-A’s “homophobia” because the company has previously given charitable donations to conservative causes.

One activist announced via a megaphone that the event was crucial to draw attention to the “oppressed bodies of the chickens.”

Protesters outside TO #ChickfilA chant “we will not be silenced.” Say they plan to protest at all 15 GTA locations planned for this chain. pic.twitter.com/so5F0hqCqM

“Alexa, how do we simultaneously make vegans look stupid while ensuring a bumper weekend in profits for Canada’s first Chick-fil-A?” 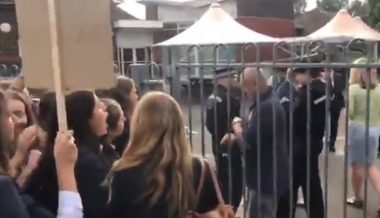 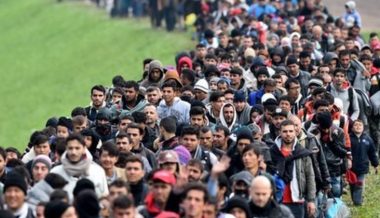