Impeachment mafioso Rep. Adam Schiff was booed on Saturday in Los Angeles by anti-impeachment protesters as scuffles in the audience broke out. The incident was recorded and posted to social media by several folks in attendance at a gathering to mark the Armenian genocide.

Schiff has led the impeachment coup attempt by Democrats as the chair of the House Intelligence Committee and deservedly will exude the rank odor of treason going forward for as long as he lives.

Disgraceful @AdamSchiff was just booed off the stage at an Armenian Genocide event in Los Angeles! pic.twitter.com/NScNAqzgas

Of course, leftists have already characterized the Schiff protest as being the act of “white supremacists”…

Literal white supremacists disrupted our community’s #ArmenianGenocide event in Los Angeles tonight to protest Schiff who has been fighting for recognition for 19 years for us. This is very disturbing and despicable. pic.twitter.com/u5y8eCms8e

In recent years, as Democrats have moved markedly toward embracing Marxism, a common tactic being used by their supporters is to attempt to disrupt and silence conservatives in any venue to which they can gain access.

Yet, the ingrained respect for law and order and respect for others’ rights to self-expression have in turn kept GOP supporters peaceful and silent at progressive gatherings.

Millie Weaver recently reported that, according to sources, the supposed whistleblower that triggered the impeachment inquiry into motion is really nothing more than cover for ‘warranted’ electronic surveillance monitoring the Trump Administration’s investigations into corruption tied to Ukraine. 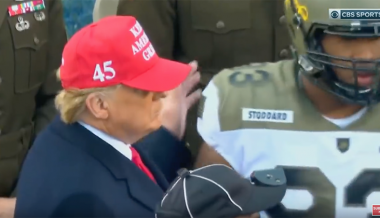 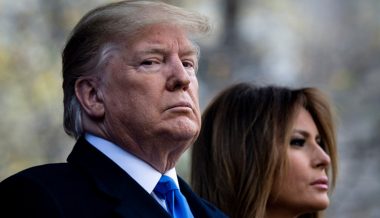