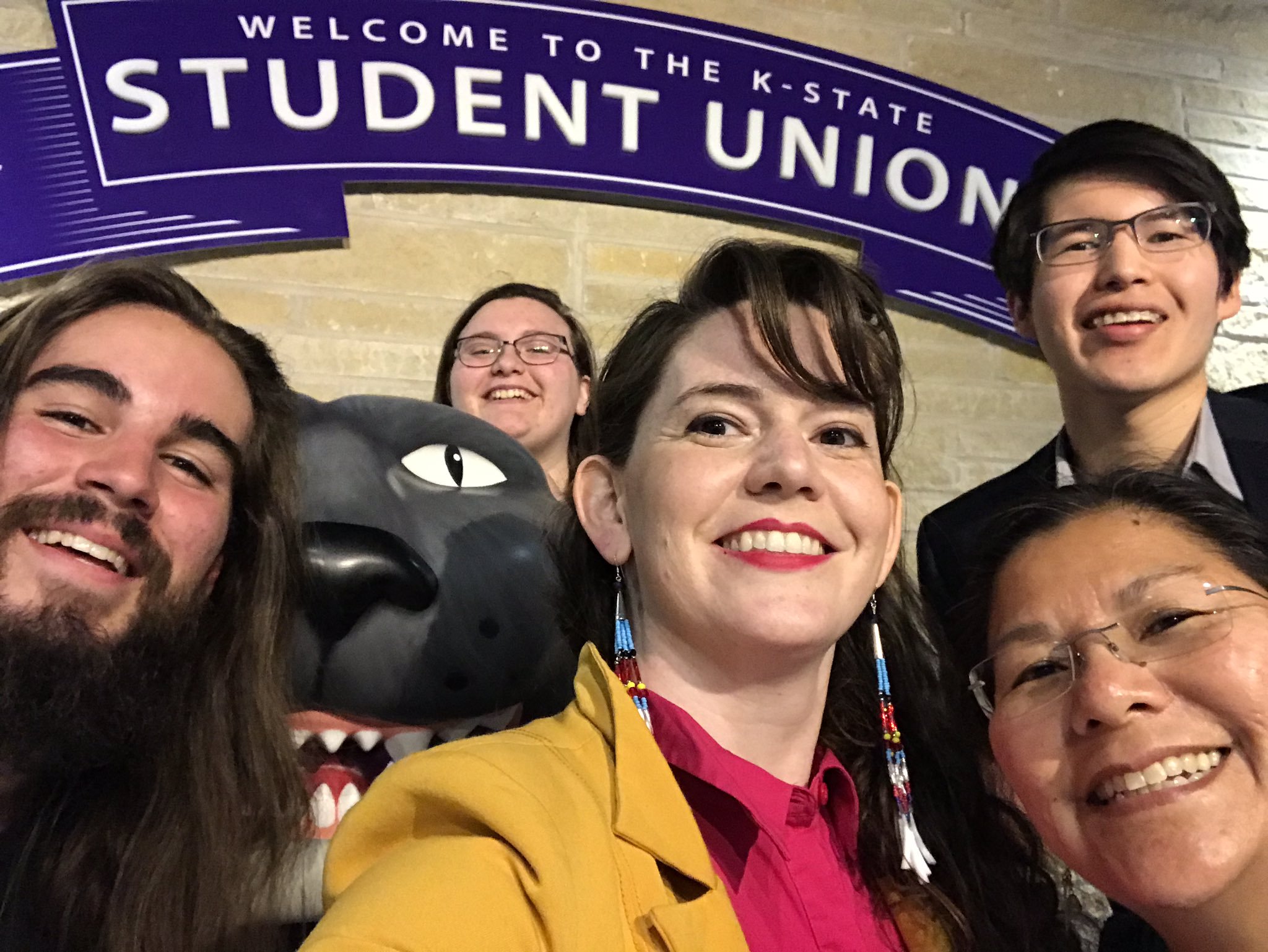 Rebecca Nagle pictured in the middle via her Twitter.

On Friday she tweeted, “Native Americans are 2% of the US population and 20% of the people currently slated to be executed by Department of Justice.”

Native Americans are 2% of the US population and 20% of the ppl currently slated to be executed by Department of Justice. #DeathPenalty https://t.co/gzKb2xyHFo

Nagle failed to mention that there is only one person of Native American descent on the Justice Department’s list of five inmates for execution.

Of the five inmates set to be executed, three are white and one is black.

The Native American inmate is one Lezmond Mitchell, who is scheduled to be executed on December 11th, 2019 by fatal injection. Mitchell was convicted in 2003 of first degree murder, felony murder, and carjacking resulting in murder.

“Lezmond Mitchell stabbed to death a 63-year-old grandmother and forced her nine-year-old granddaughter to sit beside her lifeless body for a 30 to 40-mile drive,” said the Department of Justice. “Mitchell then slit the girl’s throat twice, crushed her head with 20-pound rocks, and severed and buried both victims’ heads and hands.”

He brutally murdered a 63 year old woman and her 9 year old granddaughter. pic.twitter.com/8YTv8m5yvz

5 people are on this list. One person is Native American. So, yes, 20%.
This is why context matters, and this is why people don’t trust the media. https://t.co/P9G8cJbUaU

Also, he stabbed a grandma 33 times before slitting the throat of her 9YO granddaughter & then smashed rocks into her head as she lay dying.

This guy is WHY we have the death penalty.

Its because its one guy

ITS ONE GUY OUT OF FIVE

THIS HAS OVER ONE THOUSAND RETWEETS

It’s one single man. There are five people total. How fucked in the head do you have to be to be this maliciously deceptive for retweets? https://t.co/nJgmX4BSg1