A new study by researchers from The University of Texas Medical Branch at Galveston has found a very low rate of screening for low testosterone, a surprising finding given that a link is known.

UTMB researchers conducted the first large-scale, nationally representative investigation of how many of the men with extended opioid prescriptions were screened and, if needed, treated for low testosterone. Although more men taking long-term opioids were screened for low testosterone than men who only took opioids for a short period, these rates were surprisingly lower than expected, based on previous, smaller studies. The findings are currently available in Mayo Clinic Proceedings: Innovations, Quality & Outcomes.

Earlier studies have shown that low testosterone, which is associated with muscle wasting, weight gain, osteoporosis, low libido and infertility, has been linked with opioid use in 35 to 90 percent of cases. Opiates inhibit the release of chemicals in the brain that trigger testosterone production in the testis.

“Given the dramatic increase in opioid use over the past 20 years, it’s likely that opioid-induced low testosterone is becoming increasingly common,” said senior author Jacques Baillargeon, UTMB professor in the department of preventive medicine and community health. “This situation can have a profound effect on men’s health and quality of life.”

After a report about the opioid crisis on 60 minutes, Gavin McInnes exposes that 60 Minutes was paid to put blame on the doctors and not on the pharmaceutical company itself.

Using one of the nation’s largest commercial insurance databases, the researchers identified 53,888 men aged 20 years or older who had 90 or more days of opioid prescriptions in a single 12-month period between January 1, 2010 and December 21, 2017 with no history of low testosterone or testosterone therapy in the year before. The researchers compared this group of men with 53,888 men who received 14 or fewer days of opioid prescriptions that were otherwise familiar.

Although the rate of low testosterone screening, diagnosis and treatment was higher among men with prolonged opioid prescriptions than those only taking opioids for a brief period, these numbers were lower than expected.

“This finding suggests a wide underscreening of opioid-induced low-testosterone, but it’s not clear what factors drove this low rate,” said Baillargeon. “It may reflect a lack of awareness among some clinicians or a reluctance to screen for conditions that would require additional medications in patients who already have complex conditions and treatment plans.

“From a patient’s perspective, it’s possible that men who are struggling with chronic pain and related conditions are less concerned than their peers about low testosterone symptoms and are therefore less likely to bring these symptoms to the attention to their physician.”

Opioid manufacturers are looking at $200B in lawsuits for knowingly lying and pushing the drugs. 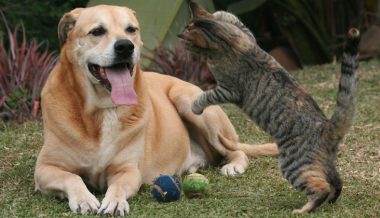