A man armed with a bow and arrow allegedly murdered several individuals at a town center in Norway on Wednesday night, according to police, The New York Times reported Wednesday.

The attack occurred in the town of Kongsberg, about 50 miles outside Oslo, Norway, the NYT reported. The suspect was apprehended after allegedly killing five people and wounding others, Police Chief Oyvind Aas told reporters.

“The information we now have, this person carried out these actions alone,” Aas said. The alleged attack started around 6 p.m. when the suspect began making his way through the center of Kongsberg, police said, the NYT reported. 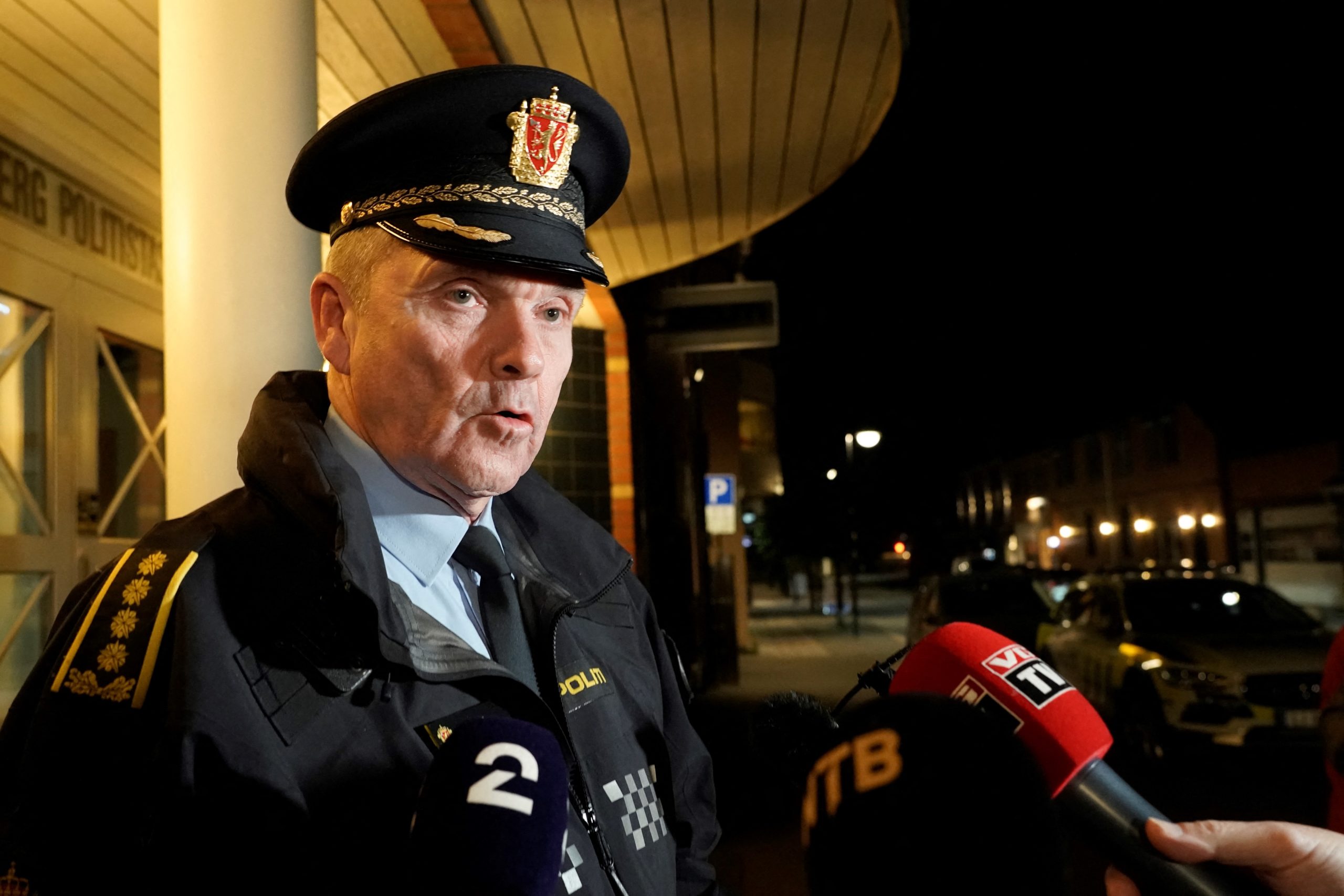 Oyvind Aas, head of the operations unit in the Buskerud police, talks to the press at the scene where a man armed with bow killed several people before he was arrested by police in Kongsberg, Norway on October 13, 2021. (Photo by TERJE PEDERSEN/NTB/AFP via Getty Images)

“The police currently have no concrete indications that there is a change in the threat level in the country,” authorities said in a statement, according to a translation by the NYT.

Norwegian police are not typically armed, but were given permission to carry weapons “due to the serious incident in Kongsberg,” the statement said. A suspect was in police custody half an hour after the attack began, the NYT reported.

“The incident has left us all shaken,” Prime Minister Erna Solberg said, the NYT reported. “The news is terrifying. I understand that people are getting scared.” (RELATED: ‘We Got Him!’: Leader Of ISIS Group Accused Of Killing Four US Troops Gets Killed, Announces French President)

“It is natural to consider if it is a terror event,” Aas told reporters but said it was “too soon to say for sure what the man’s motivation is,” according to the NYT.