A Florida man “walking on water” in a bubble for charity washed ashore Saturday.

Reza Baluchi and his floating contraption washed ashore in Flagler County, Florida. His goal was to run from Florida to Bermuda or even further up the coast to raise money for charity, Fox News reported. 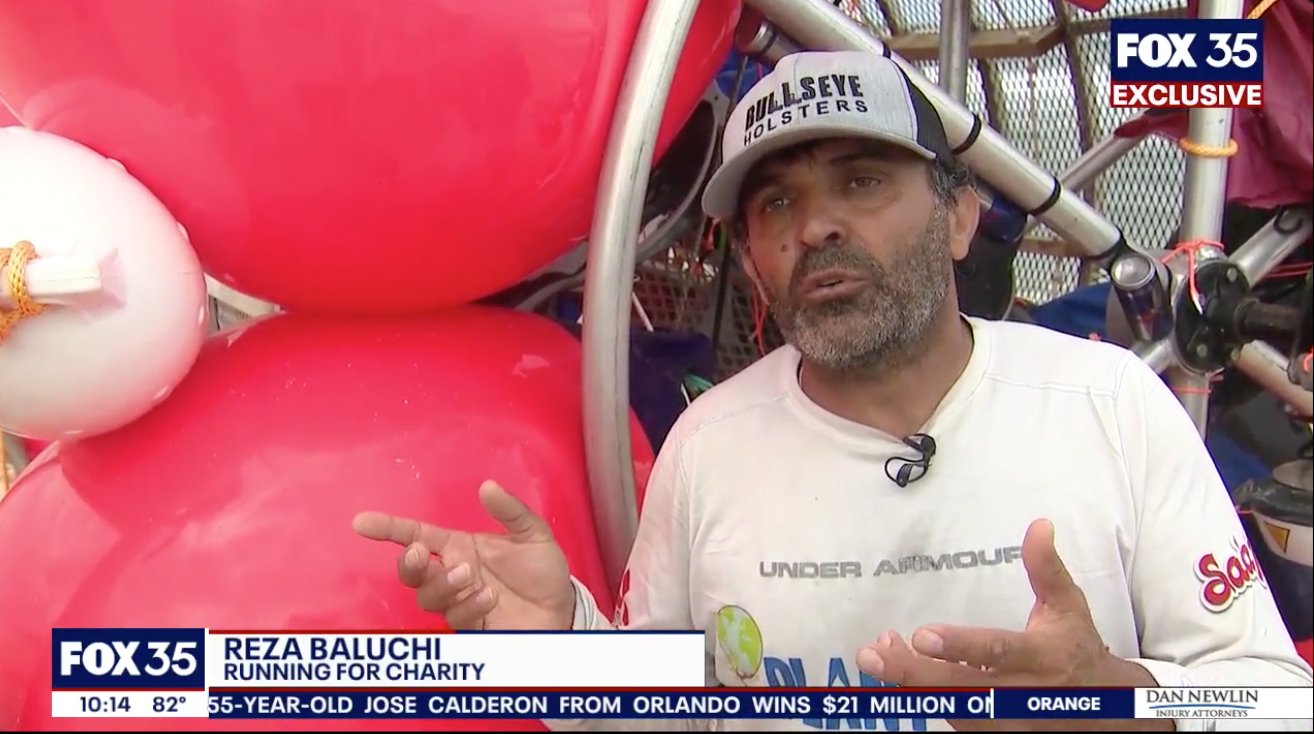 Reza Baluchi does an interview with Fox News after washing ashore in his floating contraption. (Screenshot/Fox News)

Baluchi has tried similar stunts in previous years. In 2014, he was rescued from a floating bubble near St. Augustine, Florida. In 2016, he was rescued off the coast of Jupiter, Florida, in a Hydro pod, Fox News reported. (RELATED: 110 Pounds Of Cocaine Wash Up On Texas Shores, Police Say)

Coast Guard rescued a man attempting to travel from Florida to Bermuda in a floating bubble https://t.co/L8qBkjtbVq pic.twitter.com/Wq5FOSd6Ia

“He’s a survivalist, he can survive anywhere for days and weeks. He’s got food, he’s got water, he’s got everything he needs to keep him safe,” said Gina Lapsina, who has followed Baluchi’s journey for years, according to Fox News.

Baluchi has a tracking device on him at all times so friends and family know where he is, Fox News reported.

“I will show people anything you want to do, do it. Don’t listen to anyone. Chase your dreams,” said Baluchi, according to the outlet.