The Senate confirmed Democratic Boston Mayor Marty Walsh to lead the Department of Labor in a bipartisan vote Monday evening.

“I am committed to making sure that everyone — including veterans, LGBTQ Americans, immigrants, and people with disabilities — gets full access to economic opportunity and fair treatment in the workplace,” Walsh said during his Senate confirmation hearing last month.

“Throughout my career, I’ve led by listening, collaborating, and building partnerships,” Walsh said. “That’s how, if confirmed, I will lead the Department of Labor.” (RELATED: Biden Has Finally Announced His Entire Cabinet. Here’s What You Need To Know)

With Walsh’s confirmation, President Joe Biden’s cabinet is completely filled for the first time since he took office in January. 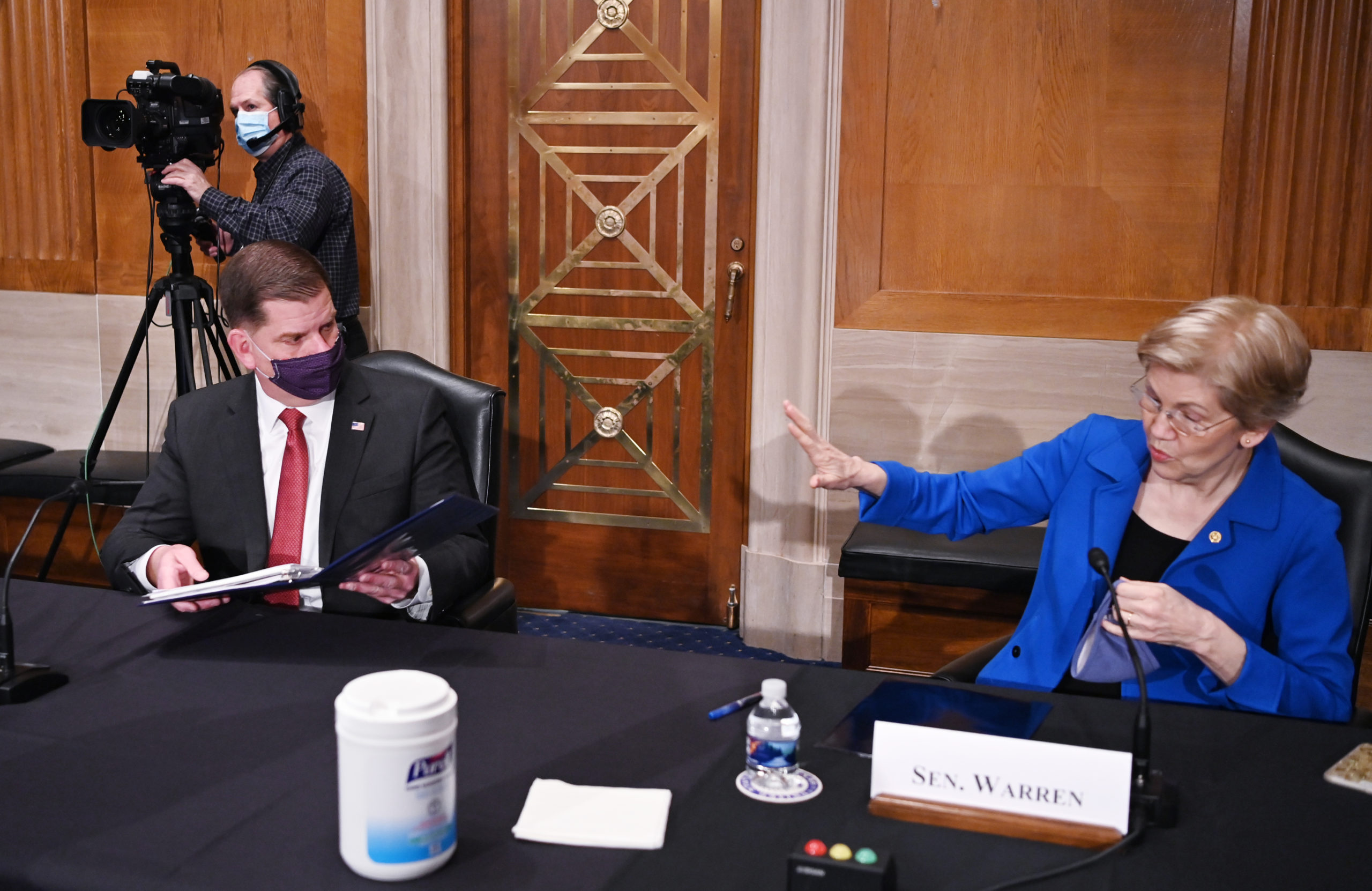 Walsh first joined a labor union, Laborers, Local 223, in 1988 and was elected president of the union in 2005, according to The Boston Globe. In 2011, he was selected to lead the Building Trades Council, which represents 35,000 ironworkers, pipefitters, and other laborers.

Unions have widely endorsed Walsh to lead the Labor Department. Teamsters General President Jim Hoffa said in January that American workers would be “hard pressed” to find someone who cares more about their wellbeing than Walsh.

“Given his record on fighting for workers, it’s not surprising that Marty’s nomination has earned the support of so many unions and worker organizations,” Democratic Massachusetts Sen. Elizabeth Warren said during Walsh’s February confirmation hearing.

“As a longtime union leader, Marty knows what it’s like to fight for fair pay, meaningful benefits, and safe conditions in your workplace,” she continued.

Senate Minority Leader Mitch McConnell said Monday that he would oppose Walsh’s confirmation to lead the Labor Department because of the variety of leftist policies he will likely pursue.

“I’ll be voting against confirming Mr. Walsh,” McConnell said in a speech on the Senate floor. “The Biden administration has already signaled they will ask him to implement a variety of policies that do not serve the long term interests of a majority of workers.”

McConnell noted that one of Biden’s first actions as president on Jan. 20 was to revoke the federal permit for the Keystone XL Pipeline. The executive order killed thousands of American jobs, he added.

NYT: Thanksgiving 2021 May ‘Be the Most Expensive Meal in the History of the Holiday’