I gave a harsh and damning subheadline. This is deliberate and pointed. If it offends you, you really, really need to read this piece. But my bet is you will not, but instead complain to the editors of The Duran that you are offended by how I called each of you a screaming baby.

It should be understood that this is not a comment made in hate. In frustration, definitely yes, but also in a spirit of resignation. As a parent of a baby, I know how it is when the baby wants what it wants, and forget any sort of sensibilities or logic. That baby wants what it wants and unless it either gets that object of its desire or is suitably distracted, it screams and makes a huge show of its desire and passion.

That is normal, at least for a baby. Babies do not know much of rules or the law, in fact for their very early lives, all laws and rules are truly bent to support them as they gain a foothold in this big, wide world. Indeed, for the adult, the test of adulthood is often defined by how well a man or a woman can set aside his or her own wants and desires because the little one comes first.

The test of adulthood is also defined by an approach to life that highlights logic and reason over passion. This does not mean that there is no place for passion, but rather, that the desire to get something done is channeled and focused through logic and reason. A great example is Elon Musk, who has a clear passion for getting to Mars, and extremely innovative ways to develop his spacecraft. Yet, those of us who watch his Starship prototypes in development already understand that there is an ordered sequence of events that we can reliably count on happening regardless of the vehicle on the test pad. While Mr. Musk has revolutionized the speed at which space vehicles are developed, he has done so logically, not on sheer impulse.

Babies do not have this approach. For them it is sheer impulse, and logic – not a thought of it. The results are self-evident: 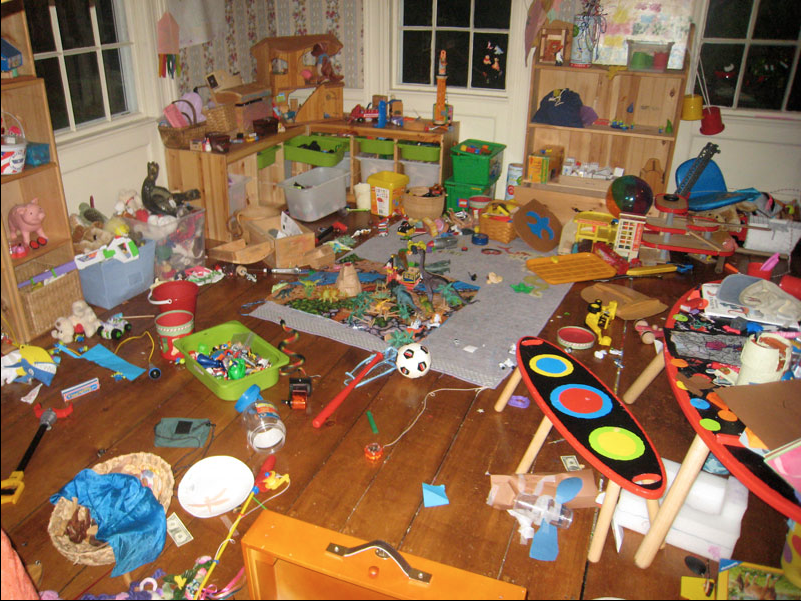 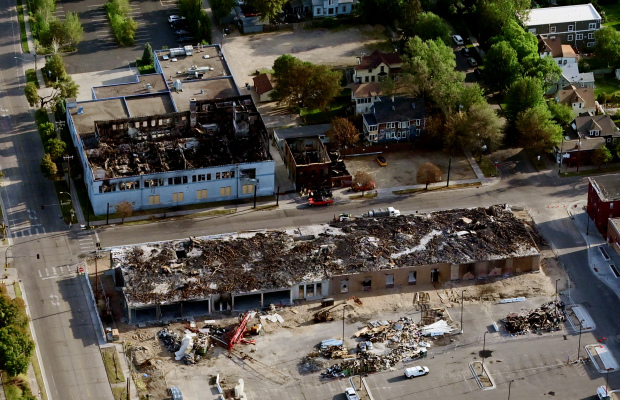 Now, it may well be that there are so many of these people in addition to a large group of voters that chose Joe Biden, “simply because” of several reasons: He is a Democrat and they would never vote for a Republican, by definition (which is stupid thinking), He is not Trump and they believed the news media narrative spun for four or five years now that says Donald Trump is a disrespectful orange man Nazi sympathizer, while never bothering to check this line against the reality, by perhaps listening to a Trump speech or presser – there are many on YouTube, very easy to access.

We have a contested election, but the odds are better than 50% that Biden will emerge from this the true President-elect (he is not, right now).

So, what happens then?

From what we are hearing, there is evidence that poor Sleepy Joe is about to be played as an “indulgent grandfather” and get taken advantage of by the far left in the USA. This piece printed on the wildly wavering Fox News website, starts off with the lede:

His comments came during a rally outside the Democratic National Committee in Washington, D.C., where speakers like Rep. Ilhan Omar, D-Minn., pushed for a Green New Deal.

“Joe Biden has pledged a $2 trillion investment in environmental justice and 40% of that has been pledged to districts like mine across the country,” Bowman said.

Or this piece, also from Fox, as an update to the request from Black Lives Matter to “meet with” Joe Biden and Kamala Harris.

These people, by the way, are the “babies-in-chief”, who together with AntiFA, are responsible for much of the destruction that took place over the last seven months.

The babies want to meet with Grandpa Joe to get the goodies they truly deserve for getting him in office.

What happens if Biden does win?

With stories about a “Truth and Reconciliation Commission”, or calls to “define and punish” prominent (and probably by extension less prominent) Trump supporters, barring them from jobs and services, well, it would seem that the babies have just about got control of a nation that has heretofore had adults running it.

Sometimes parents who have a child that insists on not growing up, not taking responsibility for himself or herself, make a move in exasperation: they let the kid have his way. Completely.

The result is usually disastrous. Even the Bible notes this, with Proverbs 13:24’s, “He that spareth his rod hateth his son: but he that loveth him chasteneth him betimes.”

Imagine that: hating your kid is letting him run wild and do what he wants. What a concept!

However, in the decadence of highly developed nations, such children can run quite far and then get rewarded for wrongdoing or more likely, for doing nothing at all that is productive. The United States created a huge number of these people simply by virtue of gradually moving to socialize its manner of functioning. We called it compassion, but it was really enabling. And from it, we actually have a political class:

Bernie Sanders. Aleksandra Ocasio-Cortes, Ilhan Omar, Rashida Tlaib, Adam Schiff, Nancy Pelosi, and many, many others. Joe Biden himself, as a ne’er do well but in government for 47 years.

There are but a few names that got into politics but then add to them Jeff Zuckerberg, the New Amish Jack Dorsey, both of whom are CEOs of companies declining freedom of communication to those who politically disagree with them.

The only way they would survive would be to come to their senses and realize some hard home truths – that personal responsibility is the way to actually live, and that, lo and behold! Conservatives are people who already understand this. This is why Conservatives do not get violent on the streets when they do not get their way. They know that such behavior would be rewarded with arrest and jail time. So, they generally are lawful people.

Maybe the best way to get rid of the excess of liberal babies in the US is to go ahead and let them be in charge of things for a while. If the conservative elements used wisdom and discernment, they could find a way to allow these poor misbegotten souls to bring themselves to humility by letting them hurt themselves over and over until they learn.

The flaw of conservatives and Christians is that sometimes we mistake compassion for enabling. We would rather cede than stand sometimes. But anybody who has ever done this with small children knows that the little guys and girls, though not maliciously, will simply seize more and more power until they get in fights with each other, with the adults “in charge” and it all comes to tears.

These days we have eighty-year old babies and on down, so it may take a while for them to learn their lesson. It took the Russians seventy years to learn this lesson. No one knows how long it would take for the Americans to be brought to their senses, though I personally like to think “not nearly as long.” Americans used to be very tough and some still are, but a great many liberals owe their ability to even be liberal on the stability and prosperity of our existing sobriety. They will not be able to eat their ideology for breakfast, lunch and dinner. That ideology will not grow food, nor will it gather it, nor will it preserve it.

Maybe a few good hard winters (these are likely since CO2 levels and smog levels are down because of COVID shutdowns) would do the trick. All those huddled miserable people in American cities without food, without power, because the responsible people got out of town or made agreements with the only folks in the nation who truly have all the power – the farmers and ranchers – the people that generate food for everybody else. Those guys have no time for Neo Marxist ideology and class warfare. They are too busy making sure their crops grow and come in right.

SODERBERG: The Revolving Door Is Only Spinning Left Now

CEO Pay Surged in a Year of Upheaval and Leadership Challenges