The mayor of Mogadishu, the capital of Somalia and Democratic Minnesota Rep. Ilhan Omar’s hometown, succumbed to his wounds from a suicide bomb attack.

Mayor Abdirahman Omar Osman passed away Thursday following a suicide bombing by Al Shabab, an Islamic terrorist organization, according to Reuters. Osman was inside his office July 24 when the explosion took place. The mayor, along with nine other victims were airlifted to Qatar for treatment.

Osman and six of his colleagues ultimately died from the attack. The Somali government is holding three days of mourning in honor of Osman’s passing, ordering the country’s flags to flown at half mast. Overall, more than 10 people have died from the blast. (RELATED: Hidden Clue On Website Belonging To Ilhan Omar’s Sister Adds To Evidence About Marriage History)

“The Mogadishu mayor has died today in Qatar. May Allah rest his soul. The other injured ones are still being treated there in Qatar,” a spokesperson for the Mogadishu government, Saleh Omar Hassan, said to Reuters Thursday.

The attack was carried out by a female suicide bomber. It’s unclear how the woman was able to enter the mayor’s office, where visitors are required to pass through several metal detectors. The woman was actually targeting the UN’s envoy to Somalia, but he had stepped out of the room moments before the explosion. 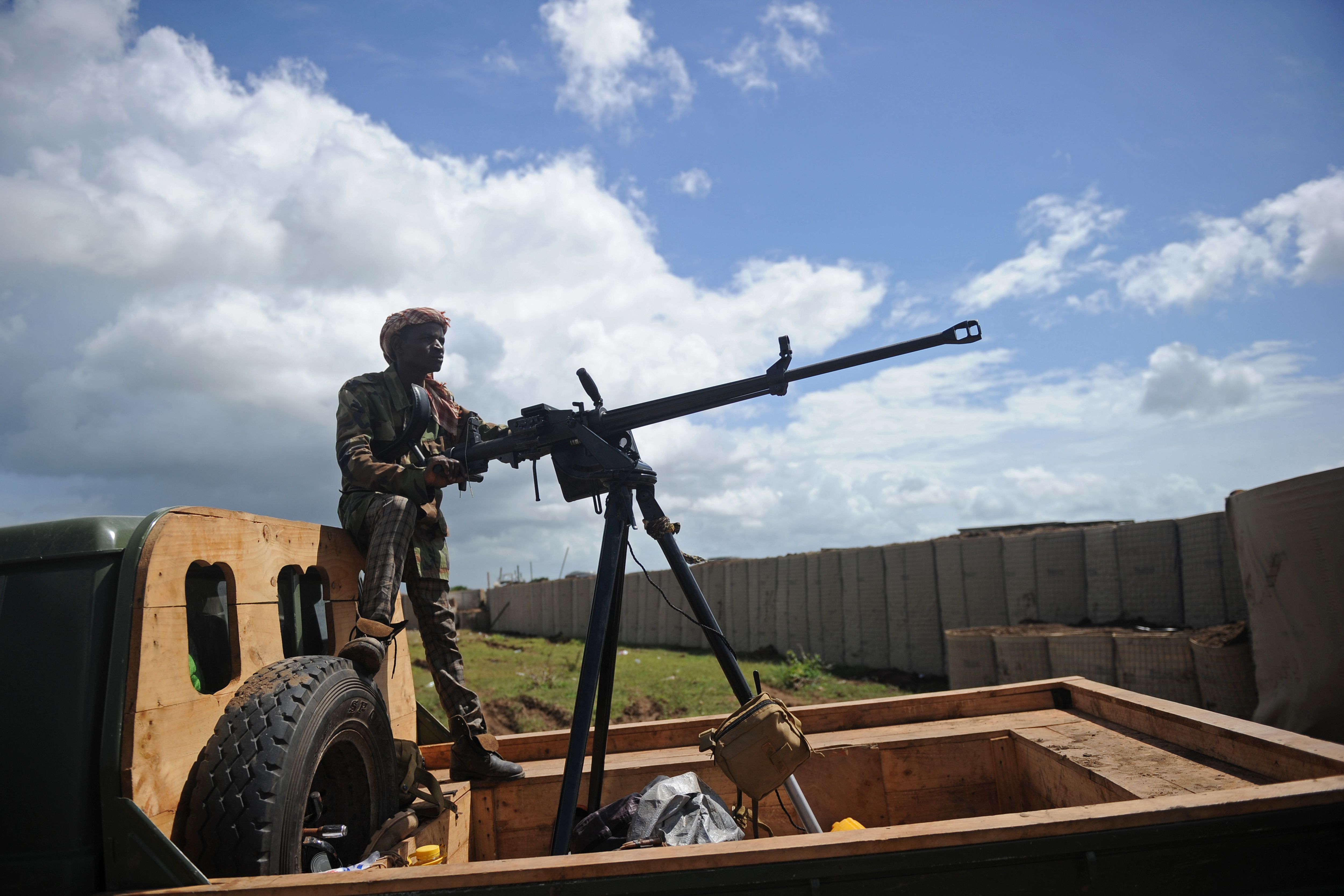 A Somali soldier holds a machine gun at Sanguuni military base, where an American special operations soldier was killed by a mortar attack on June 8, about 450 km south of Mogadishu, Somalia, on June 13, 2018. (Photo by MOHAMED ABDIWAHAB/AFP/Getty Images)

Al Shabab took responsibility for the attack. The Jihadi fundamentalist group, which touts links to Al-Qaeda, is in a fight to topple Somalia’s government. While it has lost territory, its members have still been able to carry out numerous bombings and assassinations across the country.

Osman fled Somalia in the 1990s to escape the country’s civil war. He ended up in the United Kingdom, where he received a postgraduate education, British citizenship, and even served as a Labour Party councilor. He returned to his home country in 2008 and became a prominent politician.

Minnesota Democratic Rep. Ilhan Omar was born in Mogadishu in 1982. At the age eight, Omar and her family fled to Kenya to escape Somalia’s civil war. Omar’s family lived in a refugee camp for four years until the U.S. government provided them asylum in 1995. (Judicial Watch Files Congressional Ethics Complaint Against Ilhan Omar For Possible Perjury, Immigration Fraud)

The Mogadishu-native has since become one of the most notorious members of Congress from the freshman class, generating intense scrutiny over comments many have perceived as anti-Semitic. She has also refused to answer questions over whether she committed marriage fraud with a man some investigators claim is her brother.