“Rush [Limbaugh] was a fearless American patriot,” the former first lady tweeted to her millions of followers after news surfaced that the legendary conservative broadcaster had lost his battle with lung cancer. (RELATED: ‘I Wasn’t Expected To Be Alive Today’: Rush Limbaugh Delivers Final 2020 Message Of Gratitude) 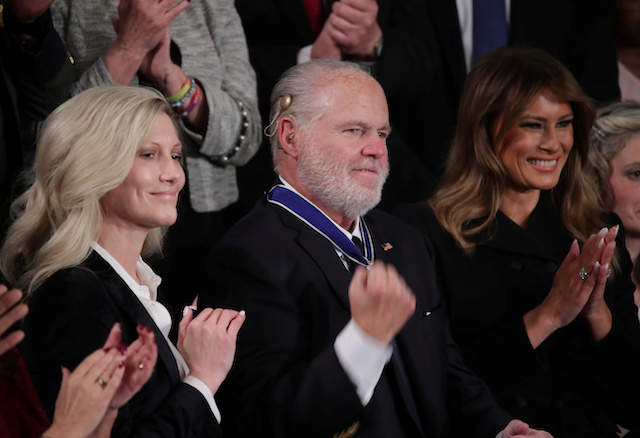 “He made countless contributions to society [and] leaves behind an unforgettable legacy,” she added. “Praying for Kathryn [and] the entire Limbaugh family.”  (RELATED: Liberals Reacted As You Can Imagine To Rush Limbaugh’s Death, By Sneering And Celebrating)

Rush was a fearless American patriot. He made countless contributions to society & leaves behind an unforgettable legacy. Praying for Kathryn & the entire Limbaugh family. https://t.co/kVB97ta979

In 2020, the host of “The Rush Limbaugh Show” was given the Presidential Medal of Freedom by Melania Trump during former President Donald Trump’s State of the Union address to a joint session of the U.S. Congress in the House Chamber’s on Feb. 4, 2020. 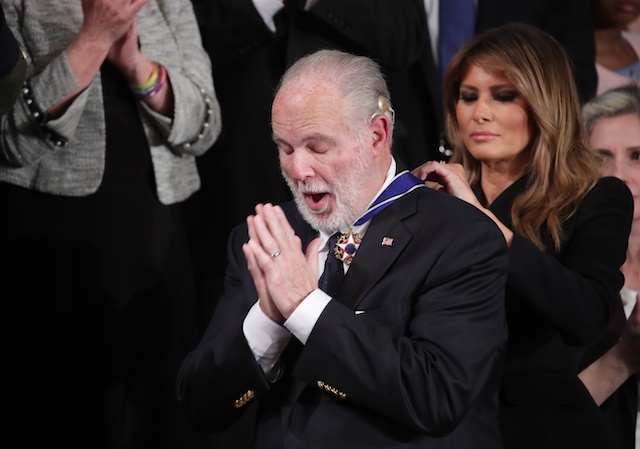 The 45th president of the U.S. also released a statement about his friend Limbaugh after his death, calling him a “defender of liberty” and someone who “believed in all of the greatness” the country “stands for.” 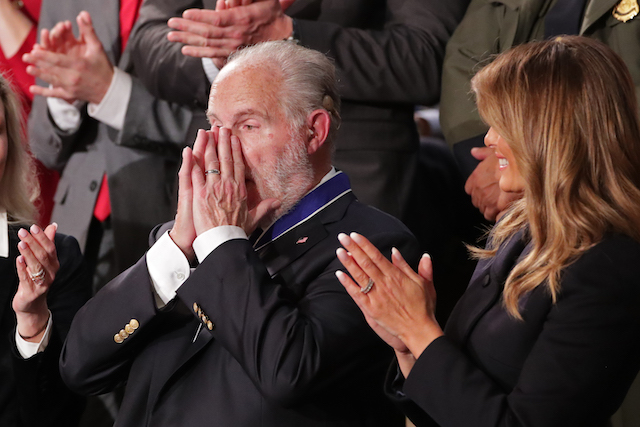 “His honor, courage, strength, and loyalty will never be replaced. Rush was a patriot, a defender of Liberty, and someone who believed in all of the greatness our Country stands for,” Trump stated. “Melania and I express our deepest condolences to his wonderful wife, Kathryn, his family, and all of his dedicated fans. He will be missed greatly.”

Poll: Over 70% of Venezuelans Think Maduro’s Socialist Party, Opposition Are ‘the Same’