Washington and Berlin have struck a deal that would see the Americans drop opposition to the almost-complete Nord Stream 2 pipeline for transporting Russian gas, in exchange for Germany promising extensive investments in Ukraine. White House officials confirmed the existence of the agreement on Wednesday, details of which were leaked to the press earlier in the week. 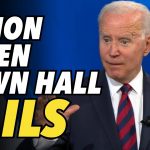 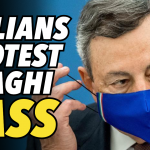 EXCLUSIVE: CamSoda Will Offer Federal Workers A Stimulus Package If The Government Shuts Down