The Michigan Attorney General ordered a raid of the city of Detroit’s IT department office Friday over the mayor’s special treatment of his alleged mistress.

The raid was part of an ongoing investigation into allegations that Mayor Mike Duggan’s chief of staff, Alexis Wiley, ordered workers to delete emails, to the Detroit Free Press reports from a report by the Detroit inspector general. The emails were related to the prenatal care program, Make Your Date, and they were deleted in order to hide the government’s support for the program, the publication reports.

Michigan law dictates that it is illegal to destroy public records. (RELATED: The Clintons Coined The Phrase ‘Safe, Legal And Rare,’ But Abortion Activists Say This Is Stigmatizing)

60-year-old Duggan has a personal relationship with the head of Make Your Date, 50-year-old gynecologist and obstetrician Dr. Sonia Hassan, and has been videotaped entering and leaving a residence that Hassan also entered, the Free Press reports. Make Your Date is a charity working to prevent premature births affiliated with Wayne State University.

“We are cooperating fully with the Attorney General’s investigation. In fact, I spent much of my day working closely with her staff,” Corporation Counsel Lawrence Garcia said.

Duggan’s wife filed for divorce following the release of the videos and after the office of the Detroit Inspector General its review of Duggan’s and the city’s relationship with Make Your Date and Hassan in May.

Duggan allegedly used his position to promote, financially support, and order a fundraising campaign on Make Your Date’s behalf, which began with an Aug. 7 email from Duggan’s chief of staff to Hassan, titled “Make Your Date Fundraising.” 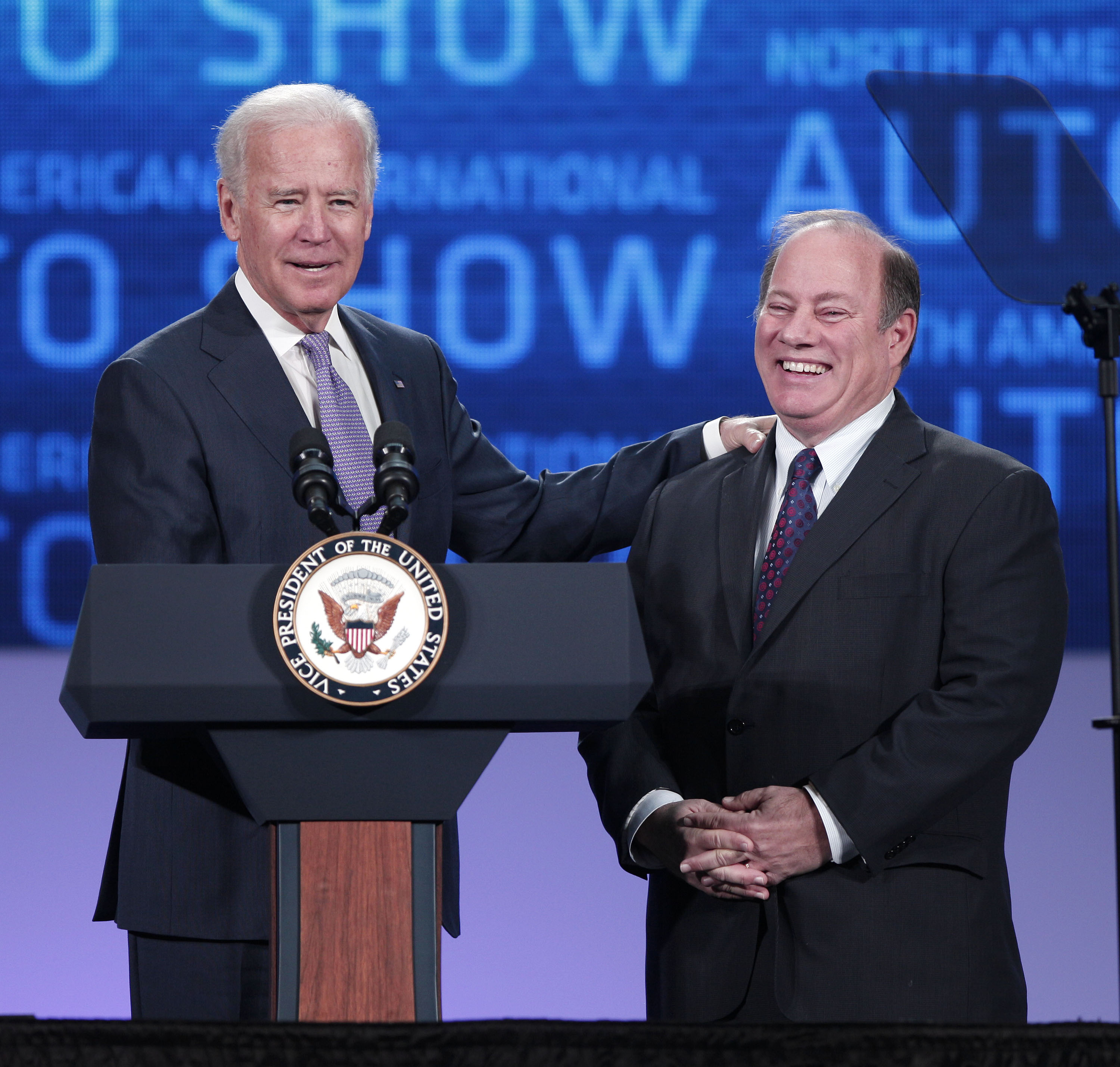 “I’d like to introduce you to Ryan Friedrichs,” Wiley wrote, according to an email obtained by the Free Press through a FOIA request. “He is our chief development officer and the Mayor has tasked him with launching a large scale fundraising effort to Make Your Date. He’ll be in touch soon!”

Friedrichs then responded to the email, promising to lend “all three of our lead Development Officers to the discussion” and saying that they would have a meeting to discuss the matter in Duggan’s office.

“I look forward to the discussion and to being an ally for your work however I am able,” the chief development officer told Hassan, according to the Free Press.

The publication notes that Inspector General Ellen Ha has recommended that Wiley be disciplined for the deletion of the emails and that there is no evidence to show that Duggan told Wiley to delete the emails.

Wiley “did have an intention to make those emails disappear, which we find egregious because the whole point of open government is so that people see what went on. And to have those records disappear is just not only a violation of spirit of openness but, quite frankly, it really puts a shadow over the government that’s supposed to be transparent,” Ha told the Free Press in October.