WARNING: What you are about to read is rampant speculation based on observation. It may well be wrong, but then again…

The “Delta” or “Indian” strain of COVID-19 surged in its spread in Russia over the last two weeks, forcing Moscow citywide daily counts of new cases of the illness to the highest recorded since tracking the pandemic started over a year ago. 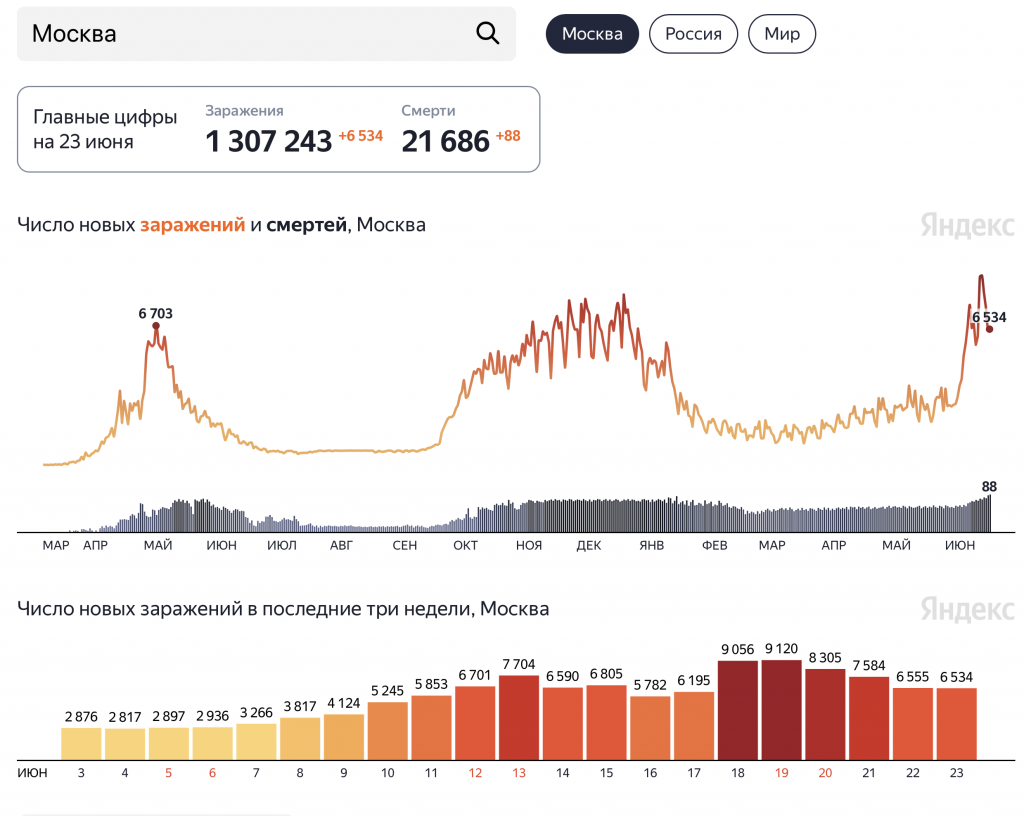 It is too early to suggest what the direction of growth (or retreat) of the disease will be. If the curve follows its predicted pattern, in the next two days we should see a much higher number of case reports, probably 12,000 or so. If the falling pattern holds for another week, (only four days old so far), then we may be seeing a trend downward.

However, for Anna Popova of Rospotrebnadzor, Kremlin Press Secretary Dmitry Peskov, and the Mayor of Moscow Sergey Sobyanin, this spike was like a massive call to arms, and a spate of news articles quoting these individuals was unusually heavy-handed in a common reference to the inhabitants of Moscow, 90% of whom are presently not vaccinated. The term, translated into English was “nihilism” – as shown below:

Total nihilism of Russians to the precautionary measures introduced in connection with the coronavirus pandemic, and an increase in the level of migration led to a sharp increase in the incidence, said the head of Rospotrebnadzor Anna Popova.

“The first is total nihilism in relation to the measures that we used to protect ourselves from the coronavirus for a long time. When everyone took off their masks, went out into the street and for some reason thought that the coronavirus had already left, it made itself felt,” Popova said on the air of the TV channel “Russia 1” (VGTRK), talking about the reasons for the increase in morbidity.

From this, all manner of new and rather severe restrictions were hatched, seemingly almost overnight:

The Muscovite reaction? Well, this was educational for me, because at first upon hearing this, well… anyone who reads my news pieces knows exactly how I think about forced vaccination of an as yet not really safe vaccine, so draw your own conclusions. You will probably be mostly correct.

Some people in Moscow had a different reaction, both in social networks but more significantly in reality:

Oops. That does not look like it went over very well, now, does it?

But more telling was it to actually be on the streets of Moscow observing people. The city was placed on an extended “paid holiday” last week because of the surge in Delta cases and its coincidence with Russia Day, which gave everyone Monday off last week anyway. When that week expired, most people simply went back to work.

On the streets, I saw what at first looked to be a slightly higher incidence of people wearing masks, but still a whole lot of them not doing so. This even applied in the Moscow Metro, which “by the book” is supposed to be with masks and gloves worn at all times. Well… 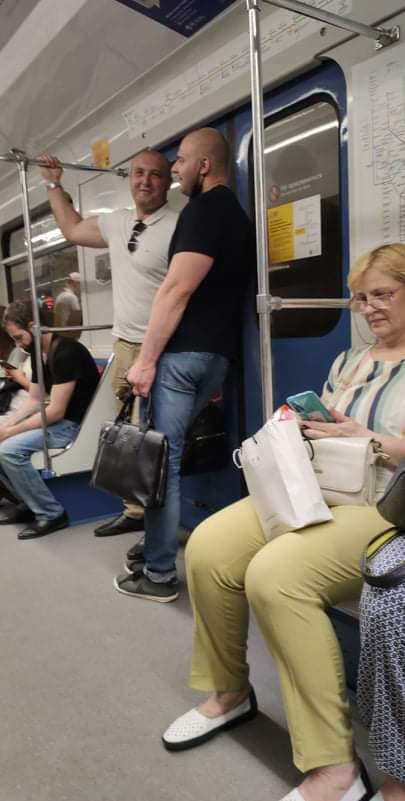 It appears to be that “nihilism” is unaffected by the panic of the city government. It further would appear that while there will be some compliance and probably a brief surge in Moscow residents going for vaccination, the overall effect of this effort may actually lead to a reduction in vaccination rates and steady noncompliance, fines or not, against people and businesses that refuse to abide to the regulations set by the mayor.

Now, to be sure, there is an increasing press for vaccine compliance, and there are a lot of reasons that being vaccinated is important. However, the effort to force people into this is ignoring the reason why there is such resistance in the population. In Russia, first of all, there is simply a natural distrust of the government when its activities proceed past a certain point. The culture is not given to wild panic, so COVID was never really met with fear in Russia. However, this also applies to the vaccine. It seems that much of the population was happy that their country developed one, and if a given person should decide he or she needs it, they can get it. Done.

When the first lockdowns came, over a year ago, the people were not terribly disturbed about it because there were many unknowns about the virus so it seemed prudent, if a bit extreme.

However, Moscow has been running on a more-or-less normal basis for a significant amount of time and while COVID has certainly made its presence felt, the overall reaction is to take it in stride. This all goes into what has been termed “nihilistic” but it really isn’t so at all.

The other issues may or may not be part of this, as each person has his or her own opinion. Nevertheless, these two factors probably account for a lot of resistance:

Put these two factors together and add them to the conspiracy theory stuff and you get what we see quoted from this news piece below:

In an extraordinary interview last week, Dr. Peter McCullough, an American professor of Medicine and Vice Chief of Internal Medicine at Baylor University, declared that the world has been subjected to a form of bioterrorism, and that the suppression of early treatments for COVID-19 — such as hydroxychloroquine — “was tightly linked to the development of a vaccine.”

Dr. McCullough made the explosive comments during a webinar on June 11, with  Dr. Reiner Fuellmich, a German trial lawyer, who believes the pandemic was planned, and is “a crime against humanity.”

McCullough said he believes the bioterrorism has come in two stages—the first wave being the rollout of the coronavirus, and the second, the rollout of the dangerous vaccines, which he said may already be responsible for the deaths of up to 50,000 Americans…

McCullough explained that both the coronavirus and the vaccines deliver “to the human body, the spike protein, [which is] the gain of function target of this bioterrorism research.”

He acknowledged that he couldn’t come out and say all that on national television because the medical establishment has done such a thorough job of propagandizing the issue.

“What we have learned over time is that we could no longer communicate with government agencies. We actually couldn’t communicate with our propagandized colleagues in major medical centers, all of which appear to be under a spell, almost as if they’ve been hypnotized.”

“Good doctors are doing unthinkable things like injecting biologically active messenger RNA that produces this pathogenic spike protein into pregnant women. I think when these doctors wake up from their trance, they’re going to be shocked to think what they’ve done to people,” he said, echoing what he, and Dr. Harvey Risch, professor at the Yale School of Public Health, told Fox News host Laura Ingraham during an interview last month.

The credentials of this doctor are significant, and he has suffered COVID himself and lost a family member to it, so he has little reason to take up a point of view that would be dangerous.

As long as this kind of information is suppressed and as long as “the powerful” try to impose draconian rules upon people for no adequately explained reason, there will be resistance.

There simply has to be. Political repressions of the past went pretty far – attacking one’s religion was really bad. But this repression actually attacks something a bit more obviously simplistic – the control any person has over their very own body. It does not take being a religious person or an ethicist to comprehend great fear in allowing some stranger to have access to one’s very body.

This may be the basis of any pushback that takes place.