Infowars was on the ground in Portland, Oregon, over the weekend to document Antifa and BLM’s violent weeks-long rioting and mayhem.

Footage from Friday and Saturday night shows local law enforcement struggled to contain the widespread violence, even with the assistance of Department of Homeland Security agents.

Infowars reporter Savanah Hernandez captured the latest developments as the clashes went on into the evening.

Large number of Portland ANTIFA back out for another night of protests in residential neighborhoods #NormandalePark pic.twitter.com/NEXfgHee3m

ANTIFA vehicle leading protest tells resident she can’t drive down the road due to ANTIFA marching through streets.

Resident screams “I want to go the f*ck home!” as she drives away pic.twitter.com/oUMyXG3XHH

Portland police blocked the 47th bridge where ANTIFA were trying to cross so they’re now all carpooling to the next location. But not before trampling over several freshly manicured lawns throughout the neighborhood.

Huge fight has just broken out between Proud boys and ANTIFA in front of Justice Center in Portland pic.twitter.com/zleU0lhOIp

ANTIFA is losing this battle. pic.twitter.com/ADNAZ0SoVi

ANTIFA burns American flag as another fight breaks out pic.twitter.com/2sf4l5gBIQ

Police and Department of Homeland Security Forces moved in after Antifa/BLM outnumbered the conservative factions present, which were the Proud Boys, Troops For Trump, and Blue Lives Matter protesters.

ANTIFA have backed a smaller group of proud boys into a parking garage pic.twitter.com/1e26JQxXNi

Action 7 heads to Portland for night 1 of riot coverage. ANTIFA marched through neighborhoods surrounding Irving Park, a place they deemed “the most racist neighborhood in Portland” and ended their night by destroying 3 police cars at the North Police Precinct.

The Everyday Essentials Sale is now live! Get up to 60% off the hottest items! 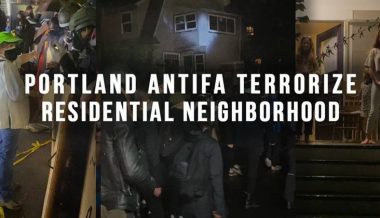 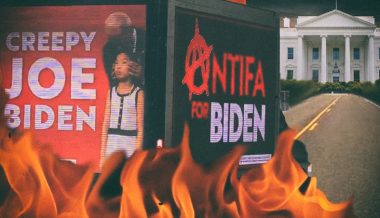