Nancy Pelosi will attend the annual State of the Union Address Tuesday in a gorgeous white pantsuit that was flown in from Milan, Italy.

The Speaker of the House will definitely turn heads when she steps out in the striking pantsuit from the Donna Lewis boutique in Alexandria, Virginia. The suit is from the Italian fashion house Kiton.

Chris Lewis, owner of the boutique, shared with The Daily Caller that the white, four-way stretch crepe pantsuit is “incredibly comfortable” and that it is a “new look” right off the runways. (RELATED: Ivanka Turns Heads In Gorgeous Yellow Plaid Skirt Suit) 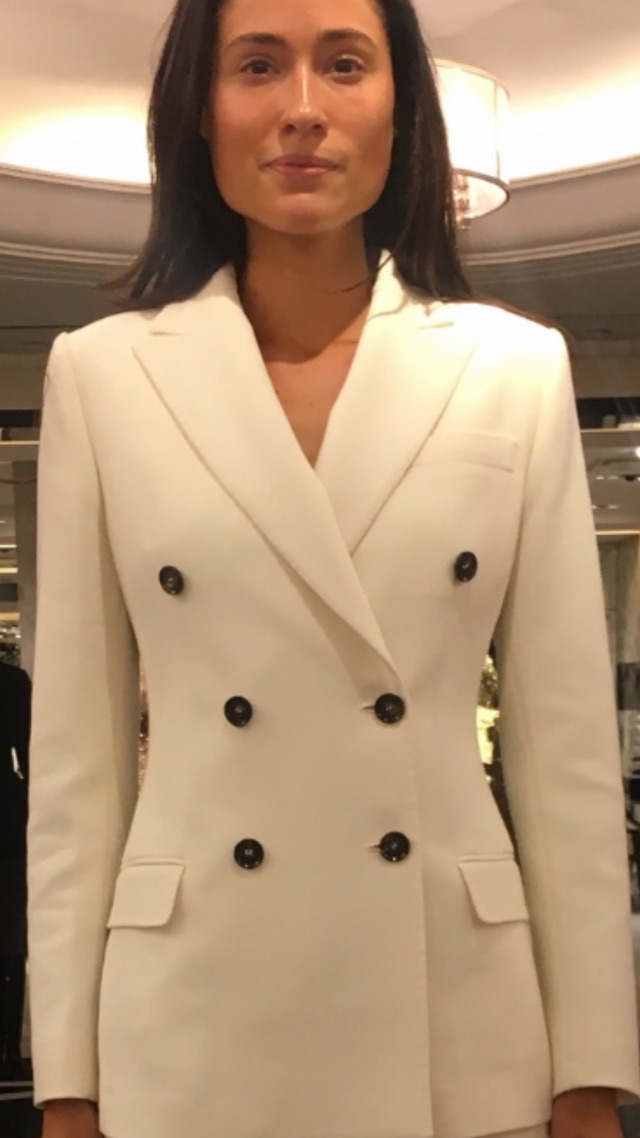 “It’s double-breasted, but very fitted with a very straight leg,” he added. (RELATED: Celebrate Melania’s Birthday With These Unforgettable Looks As First Lady)

The photo of the suit from Milan that the shop provided features black buttons, but he said that the speaker’s suit will have “white pearl buttons” instead.

“We had the buttons changed to white pearl in keeping with the theme for the evening,” Lewis explained.

When asked if it is in the ballpark of what we most people can afford, Lewis joked that it was a “big ballpark.”

The specific design of the suits aren’t even in his store yet, as he said “they are on the way in.”

“I ordered them six months ago for the shop,” the owner told The DC. “They are due to arrive in a month.”

But Chris went on to explain that he, “called that one in early since she [Pelosi] needed it tonight.”

“Because she needed it for tonite, I asked them to make me one and send it over,” Lewis said. “It took two days to get here from Milan. That one was already in the works. That one was on reserve.”

Earlier this month, Pelosi donned another great looking pantsuit from the shop for her appearance on “The Late Show with Stephen Colbert.”

Chris shared for that evening, the speaker was wearing a Venetian pink Belvest suit, this time from Venice, Italy. And he said that pantsuit was in the “same ballpark, depending on the fabric” as the one from Kiton.